JANET STREET-PORTER: If an eighth kid and ever younger women couldn’t stop Jumping Jack Flash succumbing to old age what chance is there for normal blokes? We all get old, deal with it.

In spite of decades spent trying to cheat the inevitable, the Peter Pan of rock and roll has had to postpone his latest tour to undergo emergency heart surgery – just like my ex-husband.

A life-long regime of prancing about in front of millions of adoring fans, a strict diet, a strenuous exercise regime and copious amounts of sex haven’t managed to prevent this rock god from falling apart, just like the rest of us.

Mick assures us he will be back on stage later in the year, and I wish him a speedy recovery.

His carefully nurtured youthful image and notoriously huge ego may take longer to rebuild, however. I guarantee we won’t be seeing any pictures of Jagger in a dressing gown looking fragile!

My ex-husband was exactly Mick’s age when he fell on the ground after consuming an enormous Sunday lunch with extra roast potatoes. I accused him of gluttony – but he was having a heart attack. 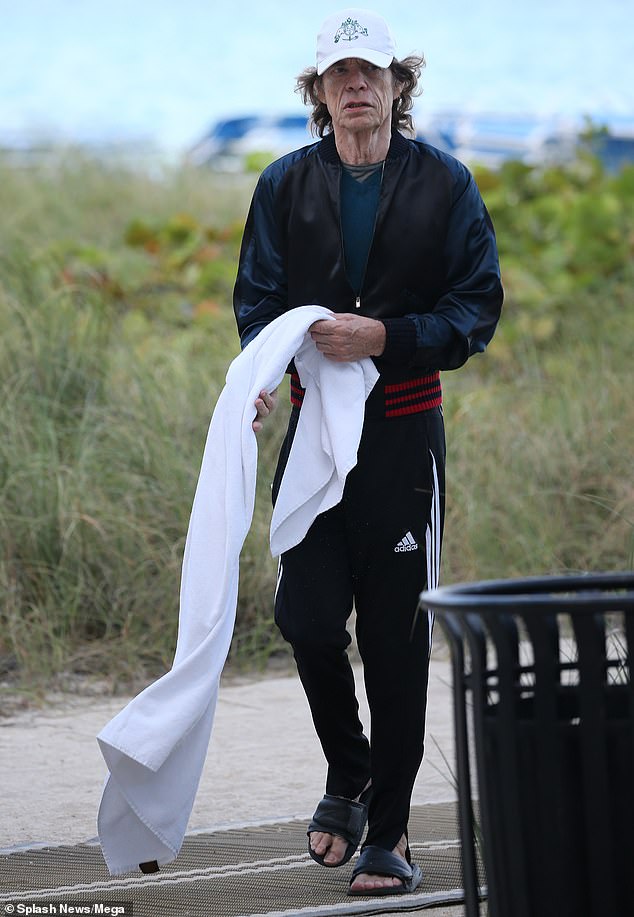 JANET STREET-PORTER: This might surprise you – Mick Jagger (pictured on March 31 in Miami Beach) has turned out to be an ageing old bloke, rather like the one you might be living with

Unlike Jagger, my ex shunned exercise and was secretly smoking cigars in the garage every afternoon.

Triple by pass surgery gave him a new lease of life, but he continued to smoke right up to his death, even though doctors informed him of the consequences.

No one wants to die before their time, and this week scientists announced they are close to perfecting an anti-ageing drug, with trials on humans starting in Rochester, Minnesota.

Described as a major breakthrough, this drug could alleviate the symptoms of old age, prevent the onset of chronic disease and eventually lead to a longer life span.

All I want is a brain that functions efficiently, a memory that isn’t getting cloudy and knees which still allow me to play tennis. I don’t want to enter my 90’s looking like a weird baby with wrinkles as a result of a wonder drug.

Women and men have very different attitudes to ageing. Most women are concerned with their external packaging, resorting to creams and procedures to try and stave off the march of time.

We search out potions and pills that might capture the glow of youth, when (truthfully) a lot of laughing and fresh air would have the same effect. 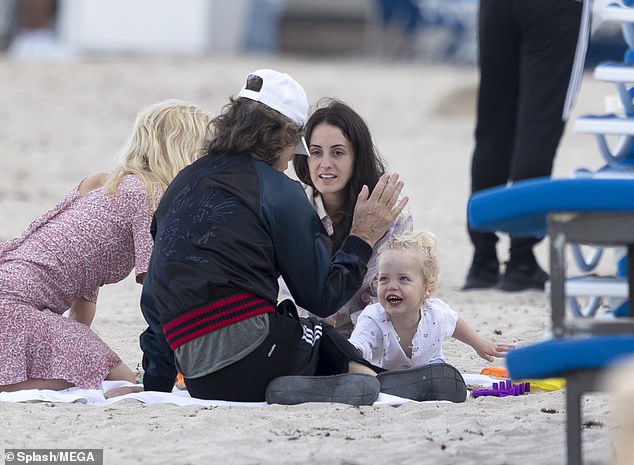 Jane Fonda is our poster girl, still gracing the cover of Vogue at 81, glamorous and confident.

Women don’t need to keep reproducing to prove we are sexually active, even if advances in medical science mean that might be an option.

At 75, Sir Mick Jagger is a bit older than me, but has a very different approach to fighting Father Time.

For decades, he has symbolised endless virility – fathering eight children ranging in age from two to 48 by five different women.

As he’s got older, the women have got younger – a depressingly familiar pattern.

Remaining a serial breeder when you’ve already got seven children (who Jagger clearly adores) and five grandchildren, not to mention some great grand children, is very unusual outside the rarefied world of the super wealthy.

Is each new baby a special gift for the mother or another chance to inform fans that he’s still all man down below? 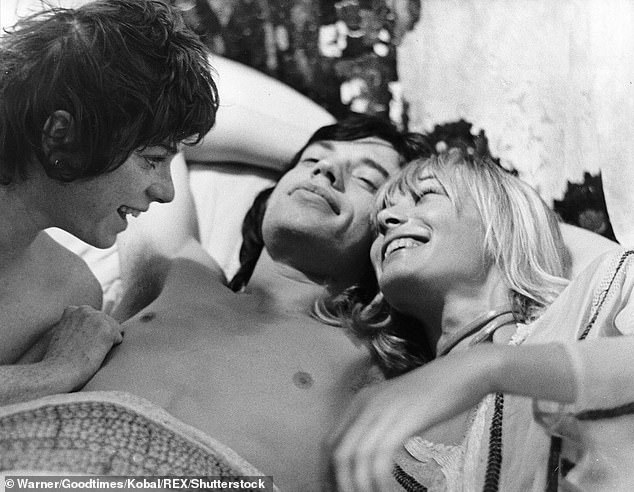 In fact, the number eight seems to be totemic for Rock Gods. Paul Weller has a new album to promote and recently told an interviewer ‘I’ve got eight kids…eight is my lucky number’.

Paul had a happy childhood at 8 Stanley Road in Woking, so the number eight clearly evokes happy memories.

Weller is 60 and his second wife Hannah 27 years younger – they have a small daughter and seven year old twins. His eight children by four different women range in age from 20 months to 31 years.

Paul says ‘I love all my kids’ and when asked why he fathered an eighth child at the age of 59 with Hannah, he answered ‘I really want to leave part of me with her’.

That sounds painfully honest, acknowledging the fear of an ageing dad dying before his much younger partner. But is it also selfish? And I wonder what the very youngest children will think as they grow up?

Another rock God obsessed with the number eight is Sir Rod Stewart. He has fathered eight children, by five different women. 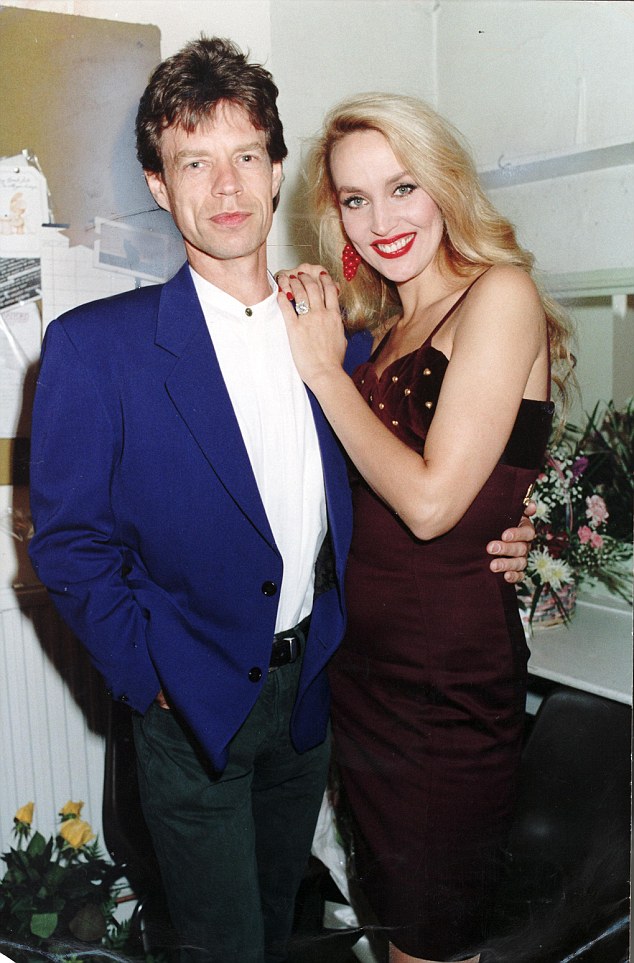 The first became adopted, and is thought to be in her mid fifties. The others range in age from 39 down to eight.

Why is it that men fear ageing more than women? We at least are honest about it, whereas so many man turn to youthful partners to revitalise and rejuvenate their libido.

Every tech billionaire (male) is investing in the research to try and cheat the ageing process, it’s almost as if they are afraid of death itself.

If a millionaire like Mick – who obviously has regular health checkups – can’t avoid bits of his body deteriorating, what hope is there for the average elderly bloke with several pounds of excess flab around his middle?

The NHS might be offering Viagra on prescription to rejuvenate their sex lives, but they would do better to fund counselling to tackle the inability to age gracefully.

At the moment, a double standard prevails – old blokes who continue to breed are seen as virile and saucy, but any woman who dares to step out with a twenty something chap is a desperate cougar.

Kate Beckinsale and Caroline Flack attract sniping comment, but not Jagger, Weller, Stewart and co. Why can’t men learn to age without using their willies to validate themselves for posterity? 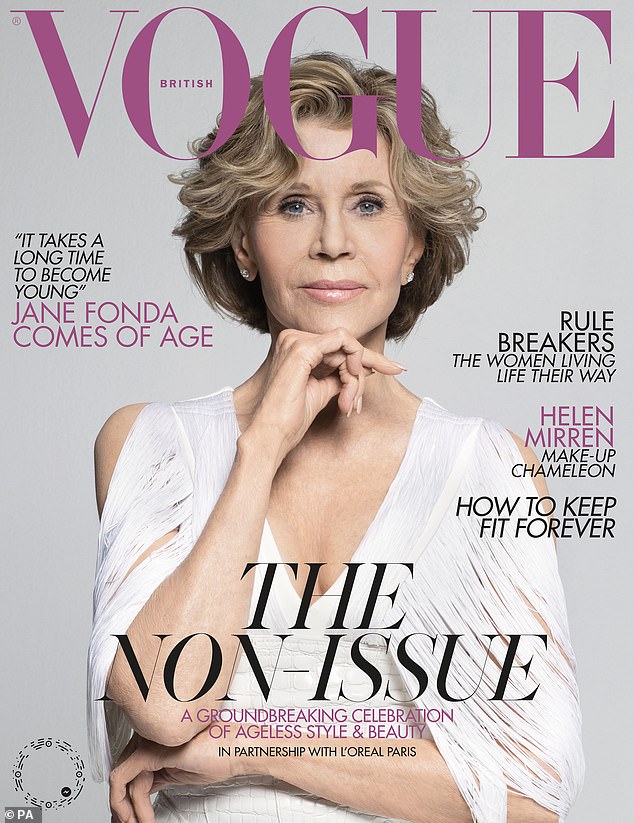 Jane Fonda (pictured) is our poster girl, still gracing the cover of Vogue at 81, glamorous and confident. Women don’t need to keep reproducing to prove we are sexually active, even if advances in medical science mean that might be an option, writes Janet Street-Porter