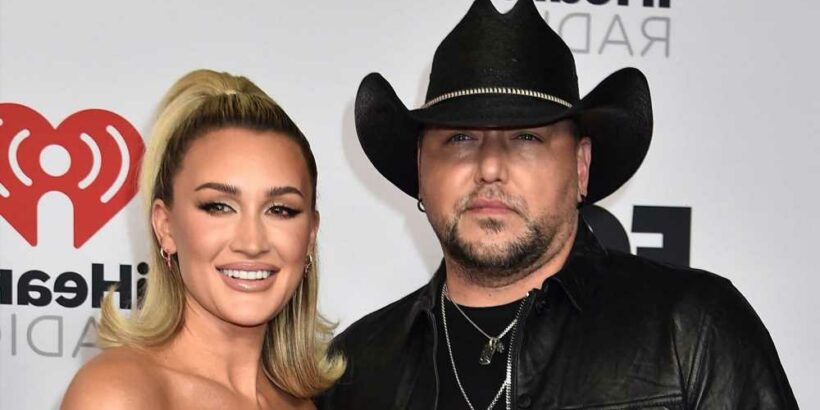 “Music has always been and remains The GreenRoom’s core focus, so we had to make the difficult decision after 17 years to step away from representing Jason,” Tyne Parrish, co-owner of GreenRoom said in a Thursday, September 1, statement to Billboard. “We aren’t the best people for the gig anymore, but will always be big fans of his music — he is one of the greatest live entertainers in country music.”

Per Variety, GreenRoom did not specify the reasons behind parting ways with the “Big Green Tractor” singer, 45, to Billboard, however, the decision comes mere days after Brittany, 33, took to social media with her controversial beauty tutorial, in which she compared her former tomboy personality to that of transgender individuals in the process of transitioning.

“I’d really like to thank my parents for not changing my gender when I went through my tomboy phase. I love this girly life✌🏼,” the former American Idol contestant captioned her video on Friday, August 26. While her husband joked right back in the comments — “Lmao!! I’m glad they didn’t too, cause you and I wouldn’t have worked out 😂,” — other celebrities did not take as kindly to her message.

“You’d think celebs with beauty brands would see the positives in including LGBTQ+ people in their messaging,” Cassadee Pope tweeted on Friday. “But instead, here we are, hearing someone compare their ‘tomboy phase’ to someone wanting to transition. Real nice.”

While Pope, 33, noted that she “stopped following” Brittany’s account a “long time ago,” she “couldn’t help but address” the controversy after seeing the social media upload, which included a caption about the singer being a “girly girl.”

Former Voice winner Maren Morris also took issue with Brittany’s remarks. “It’s so easy to, like, not be a scumbag human?” the “Middle” songstress, 32, wrote via Twitter. “Sell your clip-ins and zip it, Insurrection Barbie,” she added, seemingly referring to the January riot at the Capitol.

Following the backlash, Brittany – who shares sons Memphis, 4, and Navy, 3, with Aldean — addressed the comments, doubling down on her anti-transgender stance.

“Advocating for the genital mutilation of children under the disguise of love and calling it ‘gender-affirming care’ is one of the worst evils,” she claimed via an Instagram Story at the time. “I will always support my children and do what I can to protect their innocence. The other day, Memphis wanted to be a dinosaur and tomorrow Navy will want to be a cat, they’re children.”

She continued, “Some parents want to be accepted by society so badly that they’re willing to make life-altering decisions for their children who aren’t old enough to fully comprehend the consequences of those actions. Love is protecting your child until they are mature enough as an adult to make their own life decisions.”

The YouTube personality went on to list the age of requirements for those who want to enter the military, purchase cigarettes, drive a car and vote. She then speculated over what the proper age should be for someone wanting to “take life-altering hormone blockers” or have “irreversible surgery,” referring to gender affirmation surgery, which reconstructs a patient’s body to better align with their identity.