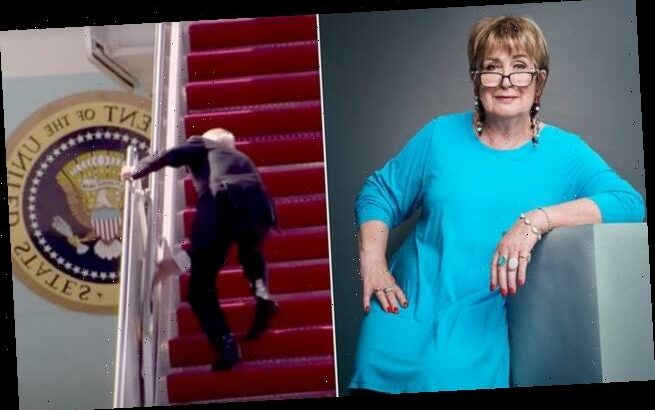 How very disappointing that Joe Biden, the President of the United States, has been so widely mocked after tripping on the steps of Air Force One.

The 78-year-old, smart enough to win and work at the most powerful job in the world, has been humiliated for a simple stumble. It’s ageism in the extreme. ‘Having a fall’ — as it’s called, in rather disparaging tones, in reference to anyone whose youthful agility is a thing of the past — does not mean the brain or the capacity to do one’s job is in any way diminished.

How did we get to a point when age and the knowledge, experience and wisdom it brings is so undervalued in comparison with those who know little, but are young and super-fit? When they have an accident they have ‘slipped’, ‘tripped’ or ‘fallen over’. They have not ‘had a fall’. Language matters — and so does ageism. 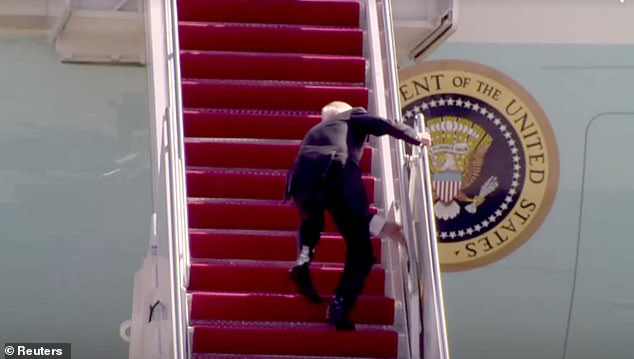 Jenni Murray says being humiliated for a simple stumble is ageism. Pictured: Joe Biden, the President of the United States

I know this from experience, as, it appears, does Jeremy Paxman, who’s written recently about tripping, falling and breaking ribs as he was out walking his dog.

Jeremy and I are the same age, we’ve followed similar career paths and here we both are railing against the way the elderly are so often treated with contempt, rather than with the respect we deserve. Ageism has not received the attention it should. It’s covered in the Equality Act if it affects discrimination in the workplace or healthcare, but I couldn’t find it among the list of characteristics protected by the hate crime law — disability, sex, race, religion.

Last week I popped to a supermarket, completed my purchases, walked out and tripped outside the shop’s front door. Splat. Down I went, flat on my face. The blood from my bust lips poured into my mask and my chest really hurt.

Four kind men rushed to my aid. They walked me to a chemist who disinfected the lips and they all insisted they should call an ambulance. I played the strong, independent woman card and said I was OK to go home. 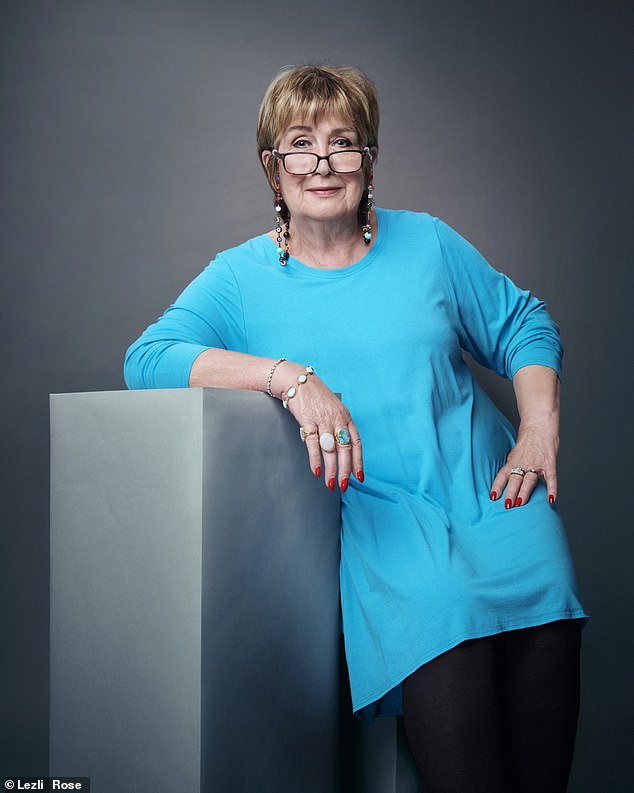 Jenni (pictured) who broke a rib after tripping outside a supermarket last week, believes age needs better respect and consideration

One sleepless night of agony, then a friend called. She insisted I go to hospital. She knew someone who had broken her ribs in a similar accident and damaged her spleen, an injury that could have proved fatal without treatment. I fought off my fear of Covid-19, called a taxi and headed for the Royal Free Hospital. I was pleasantly surprised by how much the facilities had improved since my last visit there some years ago.Ten minutes to triage, straight to X-ray, back to the socially distanced, masked waiting area and, within 20 minutes, in to see the consultant, Mr Costello, who was a delight.

He checked me all over, didn’t treat me like a ditzy, ancient crock and took me through the X-ray, pointing to the broken rib that was causing so much pain. He explained that it will heal itself after a few weeks. We discussed painkillers. Codeine would be best in the acute phase. Mr Costello wrote a prescription for a five-day course. As it was now 7pm the hospital pharmacy was shut.

I assumed I’d be able to ask a friend to pick them up from my local pharmacy. ‘Afraid not,’ said Mr Costello. ‘The hospital pharmacy seems to have something of a monopoly. You’ll have to bring back the prescription tomorrow. It’s crazy and so inconvenient for patients who are suffering. Please write about it. It’s wrong.’

It would have cost me £20 to return the next day as I was not fit to drive. I didn’t bother, but I could only think of other patients who might not be mobile enough or couldn’t afford a taxi just to pick up medication.

Age needs better respect and consideration. We older people must not be patronised or insulted. We thought it wouldn’t happen to us, but it did. And it will, inevitably, happen to you too. 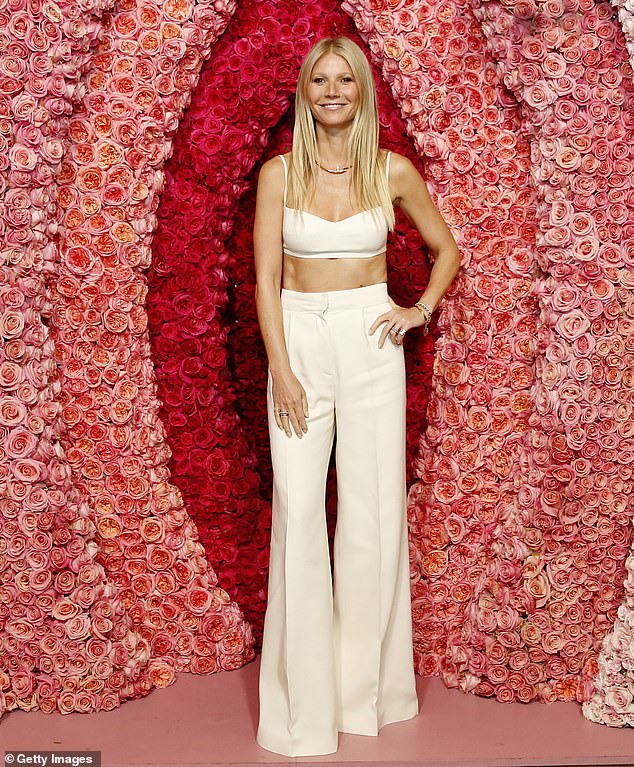 Jenni said a video of a woman being teased by a man on Gwyneth Paltrow’s (pictured) website, looks like humiliation

(I’m really not sure if that is by choice or at the request of a persuasive boyfriend).

One of the recommended sites shows a video of a woman with her hands and feet bound, being teased and touched by a man with objects he describes as his ‘tools’.

What is ethical about that? It looks an awful lot like humiliation to me.

Too OAP or not too OAP?

I’ve been Ian McKellen’s No 1 fan since I saw him in the theatre as Edward II in 1969. No one has lit up the stage as he has.

I didn’t see his 1971 Hamlet and I have to say that I very much doubt I’ll be queuing up for his next outing as the Prince of Denmark, some 40 years later, at the age of 81. Especially considering Jenny Seagrove, who’s only 63, has been cast as his mother!

I’m all for cross-casting, where people of colour or women are given the chance to play the great white, male roles, but what casting director would suggest an 81- year-old woman as Hamlet’s doomed love Ophelia? Women rarely get the chance to push the boat out as they age.

The Queen’s new dorgi is a delight 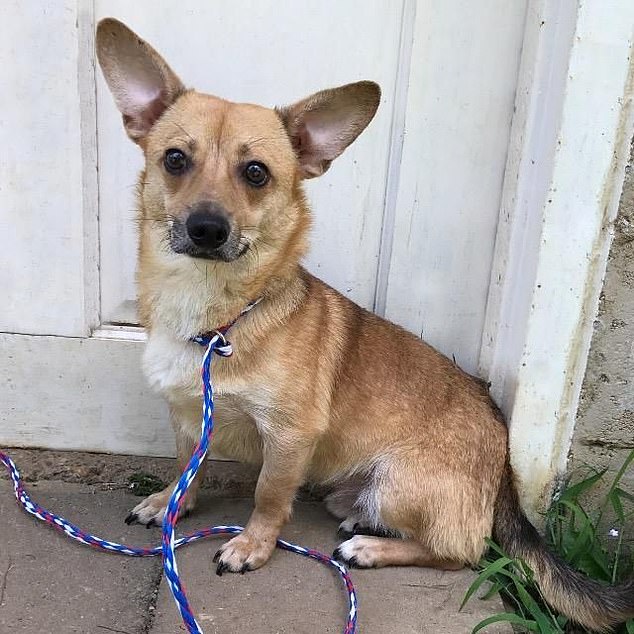 I’m so relieved the Queen has decided against her previous idea of having no more dogs, because she didn’t want any of her beloved pets to outlive her.

None of us wants to leave a faithful companion bereft, but the Queen has taken on two puppies, Fergus and Muick (pronounced Mick) in defiance of her age at 94. She’s named the first little dorgi after her uncle, Fergus Bowes-Lyon, her mother’s oldest brother, who died in World War I. Muick will remind her of one of her favourite beauty spots, Loch Muick on the Balmoral Estate. You’re never too old to enjoy the pleasure and comfort a young dog can bring, especially when times are tough.

Her Majesty without a dog is unthinkable. Long live all three of them!