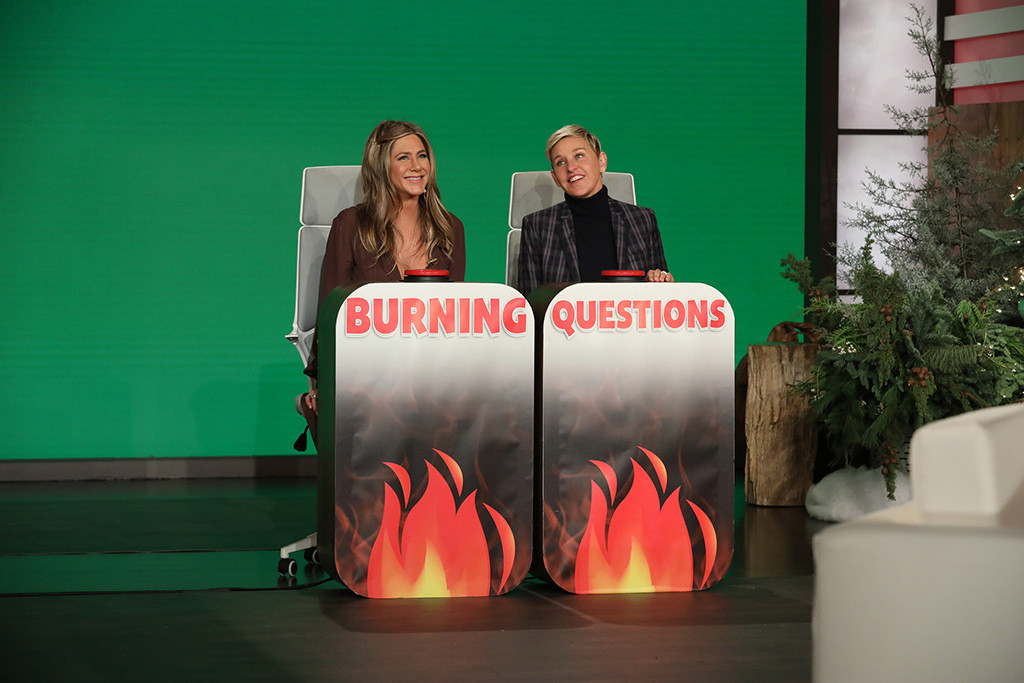 Jennifer Aniston wasn’t afraid to bare it all on Monday’s episode of The Ellen DeGeneres Show.

While playing a game of “Burning Questions” with the host, the Friends star revealed the activity she enjoys doing naked. Apparently, she likes to watch a little TV in the nude.

“Is that weird?” the actress asked. “I mean, at night, you get into bed and watch TV.”

However, it looks like this isn’t the only activity Aniston likes to do in her birthday suit. When DeGeneres said she would have guessed sunbathing as the correct answer, Aniston replied, “Oh, that too.”

In addition to revealing what she likes to do in the buff, Aniston unveiled her first celebrity crush (Shaun Cassidy) and the weirdest thing she’s ever done to make money (she used to cut people’s hair in high school for $10 a pop). She also revealed her three everyday essentials and the most rebellious thing she ever did as a teenager.

Watch the video to hear her answers.

However, playing the rapid fire-question game wasn’t the only fun Aniston had with DeGeneres. Last week, the show aired a sit-down interview between the two stars in which Aniston revealed what it’s been like to see her longtime pal, George Clooney, as a father.

“It’s amazing to see him with children,” Aniston said at the time. “That’s what we talked about, that anything can happen.”

It’s certainly been a busy time for the Emmy winner. She’s recently been promoting her new film, Dumplin’, along with her co-star Dolly Parton. Fans can now see the movie in theaters.