Cabs are here! The cast of Jersey Shore are always fully prepared when it comes to gym, tan, laundry, a night out and T-shirt time. Yet, how many articles of clothing were packed, bottles of wine consumed and gym sessions completed during this season of the hit MTV show? The cast stopped by Us Weekly to break it all down. Watch the video above!

It’s no surprise the cast — Nicole “Snooki” Polizzi, Mike “The Situation” Sorrentino, Vinny Guadagnino, Deena Nicole Cortese, Jenni “JWoww” Farley, DJ Pauly Delvecchio and Ronnie Ortiz-Magro — like to hit the club and sip on some “Ron-Ron Juice.” Deena joked to Us that “5,000” bottles of liquor were consumed during the filming of Jersey Shore: Family Vacation in Miami, Florida. 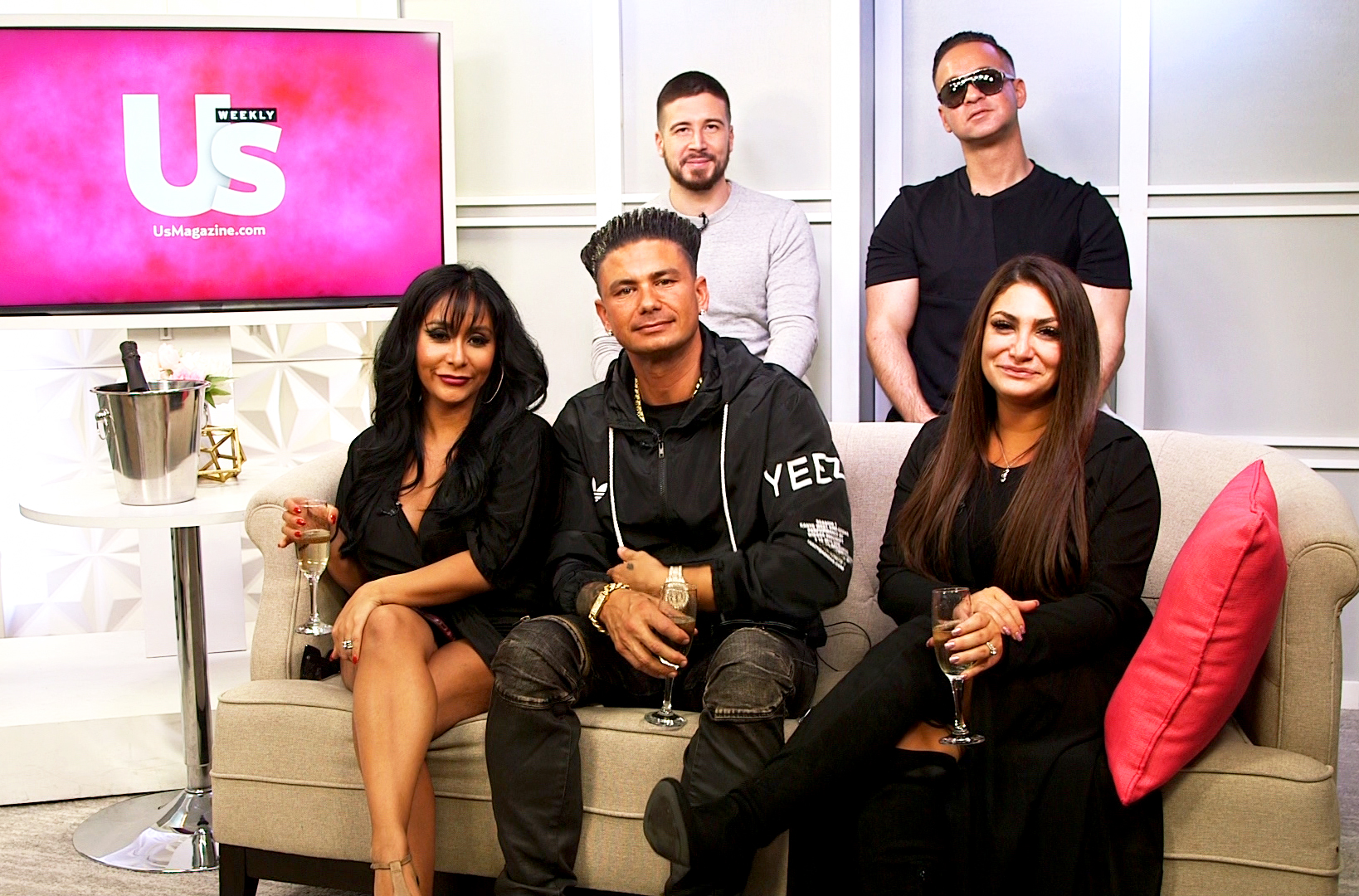 “We would go through like five bottles of wine a day,” Deena, 31, told Us.

However, the hard-partying honors this season went to the boys, who were often see fist-pumping at the clubs. Pauly D told Us, “We put our bodies to the test to see exactly what it could take. You know, it can take lot.”

In fact the partying got so intense that they weren’t checking off the gym in GTL too often. Pauly D explained, “The lack of the gym this year because we were partying so much.”

Deena added, “They always said when you turn 30, the hangovers are horrible. And I’m like, ‘That’s never going to happen.’ They’re the worst.”