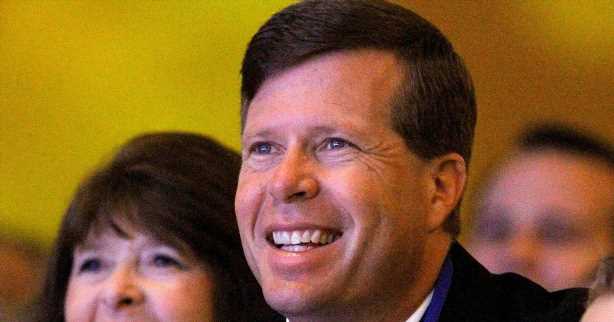 Duggar Family: Meet the Next Generation

The 56-year-old TLC alum lost the local primary election for District 7’s Republican nomination on Tuesday, December 14, drawing only 15 percent of the vote. Colby Fulfer, who previously served on the city council in Springdale, Arkansas, beat Duggar by more than 30 percent, according to poll results.

In October, Duggar announced that he was entering the race and returning to politics after previously holding one term in the Arkansas House of Representatives from 1999 to 2003.

“Northwest Arkansas is my lifelong home,” he wrote in a Facebook statement at the time. “It’s where my wife, Michelle, and I have raised our 20 children. It’s where we’ve grown our small businesses. It’s where we’ve built a life centered around our faith, family, and friends. … I’m running for State Senate because these are unprecedented times in our nation.”

The real estate agent declared that he was “pro-family, pro-business, pro-gun and pro-life,” adding, “It’s time for conservatives to demand courageous leadership that puts Arkansas families, jobs and our constitutional liberties first.”

Duggar’s election disappointment comes less than one week after his eldest son, Josh Duggar, was found guilty of receiving and possessing child pornography following his April arrest. The 33-year-old faces up to 20 years in prison and $250,000 in fines for each of his two counts.

“This entire ordeal has been very grievous,” Jim Bob and Michelle, 55, told Us Weekly in a statement after the conviction. “Today, God’s grace, through the love and prayers of so many, have sustained us. Our hearts and prayers are with anyone who has ever been harmed through [child sexual abuse material].”

Josh Duggar’s Lawsuits, Scandals and Controversies Over the Years

The couple, who wed in 1984, continued: “In the days ahead, we will do all we can to surround our daughter-in-law Anna and their children with love and support. As parents, we will never stop praying for Joshua, and loving him, as we do all of our children. In each of life’s circumstances, we place our trust in God. He is our source of strength and refuge. Thank you for your prayers.”

The Duggars: A Comprehensive Guide to the Famous Family

The political activist isn’t the only Duggar making headlines. On Friday, December 10, news broke that his sister Jana Duggar was charged with endangering the welfare of a minor in September. She pleaded not guilty, later addressing the incident via social media.

“I was babysitting a few months ago when one of the children wandered outside alone. A passerby who saw the child called the police. This resulted in a written citation, as well as a follow-up with child welfare who concluded that it was an accident and the child was unharmed,” she wrote in an Instagram Story sharing the “raw facts” on Tuesday. “They recognized it was a case of a child slipping out of the house when you turn your back for a moment. It all happened so quickly and was scary. … In the end I was just upset at myself that it had happened at all, but so thankful it all ended safely and that’s truly what mattered the most to me.”