Spoilers for the Better Call Saul Season 4 finale follow. Every viewer has seen this day coming, but perhaps you are as taken aback as Kim is to learn that Jimmy will be Saul Goodman on Better Call Saul from here on out. Well, Jimmy will be Saul at least when it comes to being a lawyer — and just how this identity will bleed into the rest of his life is something that Season 5 will tackle. His decision to practice law under the name Saul Goodman comes at the end of the Season 4 finale, "Winner." Kim helps Jimmy get reinstated and his choice to go by Saul shows that he’s far removed from the law path of his older brother Chuck.

The episode’s title comes from the flashback that opens the episode. Jimmy has just become a lawyer with Chuck vouching for him. To celebrate, they go to a karaoke bar and Jimmy lures his uptight brother onto the stage for a rendition of "The Winner Takes It All" by ABBA. While Mamma Mia fans know this song is about love, Jimmy goes with the most cynical interpretation of it by the end of "Winner."

He’s bitter that it took pretending to care about Chuck to get in the good graces of the bar association again. He knows that these snobby lawyers will never really allow him to be part of their club, like that applicant for Chuck’s scholarship who shoplifted. So now that he has this opportunity to practice law again, he’s not going to (mind the ABBA) be a fool who plays by the rules. He wants to end up on top and the best way he knows how is to defend the guilty as Saul Goodman. 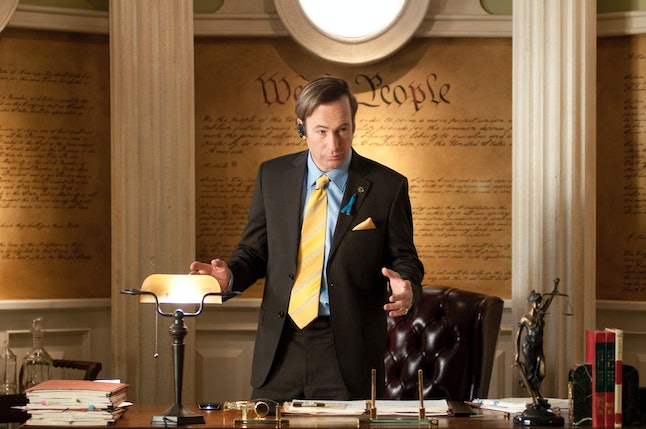 Of course, Saul doesn’t really end up a winner, as the future flashes of his life as Cinnabon manager Gene highlight. But he does have a successful career as a criminal defense lawyer before he meets his downfall by way of representing Walter White. He gets this success by playing up to his strengths and not worrying about little things like conscience or morality. And he’s fueled to do this by all the people who snubbed and looked down on him in the past.

Unfortunately, what he’s missing through his drive is how he’s alienating the one person who has always stuck by his side — Kim. Even after their massive fight in "Wiedersehen" where Jimmy unfairly pinned his insecurities on her, she still assists him in getting reinstated. As she has shown, she’s not against pulling a scheme or two and the pair have fun conning the lawyers who can only see Jimmy in the context of Chuck. But it’s also Jimmy’s attitude toward Chuck that is what’s tearing them apart. 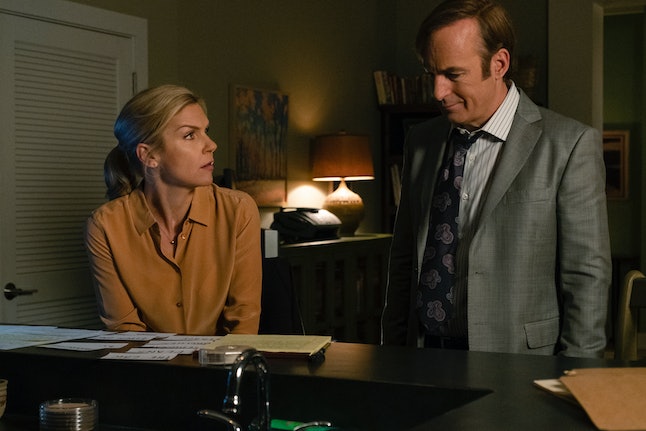 While Kim was far from Chuck’s number one fan, she still believes that Jimmy needs to mourn his brother. And she thinks that deep down, Jimmy is grieving. However, as he showed in the Season 4 premiere, Jimmy is not saddened by Chuck’s death. Kim continues to think he’s repressing some emotion about his brother (which is why she wanted him to see a therapist so badly this season). And during his reinstatement hearing, it appears to her that he does have a genuine revelation about what his brother meant to him. So she’s disappointed and hurt to see that everything Jimmy said in his hearing was simply a manipulative ploy.

She’s doubly disappointed and hurt when Jimmy tells the clerk that he’ll be practicing as Saul Goodman. She helped him to get this far and he never revealed his intentions to practice law under his burner phone salesperson alias. Also, Kim made it clear in "Wiedersehen" that she has limitations when it comes to their cons. So it’s unlikely that she will support his new enterprise. 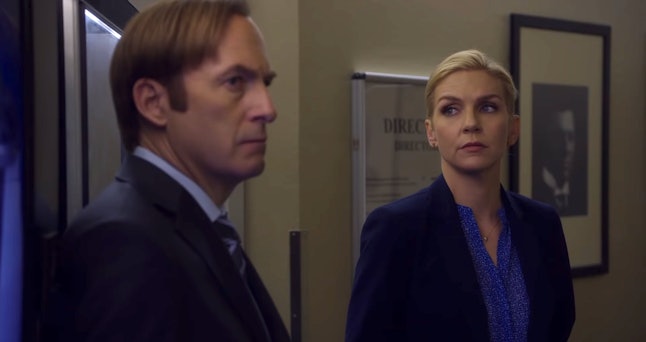 Jimmy is motivated by resentment because he feels that everyone has already decided to dismiss him — and no one made him feel more that way than his brother Chuck. So the speech that Jimmy gives to aspiring law student Kristy Esposito really explains his own mindset going forward. "You are gonna do whatever it takes, do you hear me? You are not gonna play by the rules. You’re gonna go your own way. You’re gonna do what they won’t do. You’re going to be smart, you are gonna cut corners, and you are gonna win," he says. "The higher you rise, the more they’re gonna hate you. Good, good. You rub their noses in it. You make them suffer."

The genius writers over at Better Call Saul summarized Jimmy’s worldview in a single speech without it feeling too obvious. However, there’s no doubt that going forward, Jimmy will follow his own advice. How this conscious shift will impact his romantic relationship with Kim is unclear since her involvement in Saul’s life is still a mystery. But Jimmy might be too far gone now to see that he has a person who does truly believe in him. And if Jimmy becomes Saul both professionally and personally in future seasons, he’s bound to lose Kim as he breaks bad.