Presidential hopeful Joe Biden announced Kamala Harris as his running mate. If elected she will be the first woman and Black person to serve in the office of vice president. 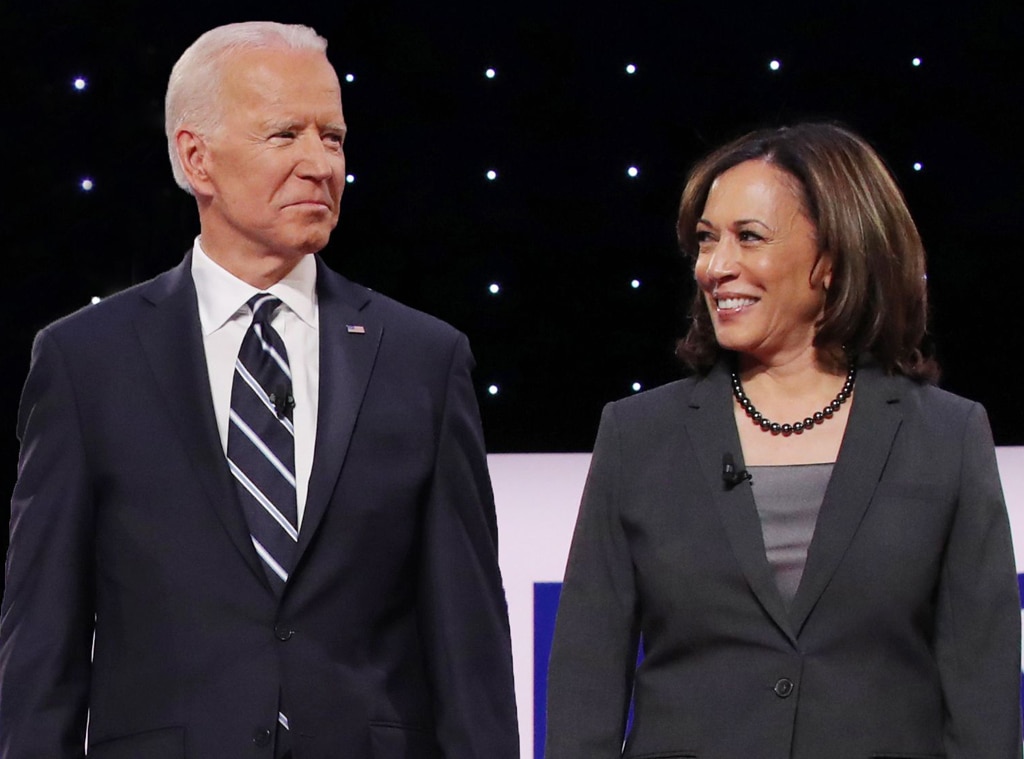 On Tuesday, Aug. 11, the former Vice President finally revealed that he's selected Kamala Harris to be his running mate in the 2020 presidential election. He said in a statement, written in part, "Her record of accomplishment—fighting tooth and nail for what's right—is why I'm choosing her. There is no door Kamala won't knock on, no stone she'll leave unturned, if it means making life better—for the people."

Harris added in her own statement, "@JoeBiden can unify the American people because he's spent his life fighting for us. And as president, he'll build an America that lives up to our ideals. I'm honored to join him as our party's nominee for Vice President, and do what it takes to make him our Commander-in-Chief."

Only two women have ever run for vice president in American history: Geraldine Ferraro and, most recently, Sarah Palin.

The historic significance of this moment, in addition to Harris' background, has inspired an outpouring of support from Hollywood and beyond.

To see how celebrities are reacting to Harris joining forces with Biden, continue reading below.

George Takei: "Biden/Harris will begin to heal our nation. From the devastation of the virus to systemic racism, from the economic collapse to the looming climate crisis, we have chosen two great leaders who will lift us up together, toward a new future, toward a new America. #BidenHarris2020."

John Legend: "Very happy for our friend and Senator and future Vice-President, @KamalaHarris, and very much looking forward to voting for the Biden-Harris ticket to begin the difficult work of recovering from this nightmare presidency and building an even better future."

The Biggest Harry and Meghan Bombshells in Finding Freedom

Karamo Brown: "So excited that @SenKamalaHarris is the VP pick! I'm ready to do all I can to ensure a #BidenHarris2020 victory in November!"

Whoopi Goldberg: "Sen.KamalaHarris this is a great moment. Let's take care of her and make sure we are supportive of her because this is a no nonsense race and she is ready. Go Kamala!"

Mark Hamill: "The next Vice President of the United States of America."

Elizabeth Banks: "Congrats to all of us, especially @joebiden because @kamalaharris is a powerhouse #bidenharris2020."

Mindy Kaling: "Was there ever more of an exciting day? For our entire country of course, but especially for my Black and Indian sisters, many of us who have gone our entire lives thinking that someone who looks like us may never hold high office? We work so hard and contribute to the fabric of our lives in America, and now to see @kamalaharris rise to the top like this? It's thrilling!! I am filled with hope and excitement. Thank you @joebiden. Let's do this!⁣"

Adam Rippon: "I  CANNOT wait to vote for @JoeBiden and @KamalaHarris in November. Kamala is FANTASTIC. IM SO EXCITED."

Lynda Carter: "This is an extraordinary moment. Not just for women and girls.  Not just for those of us who are of mixed heritage. This moment is for every American who dares to dream of a brighter future for our great Republic. Congratulations, @KamalaHarris!"

Sarah Paulson: "The sexist and racist political attacks on @KamalaHarris have already begun. Let's demand that the media keep these ignorant, bad-faith attacks out of their 2020 election coverage. Let her know: #WeHaveHerBack"