Yesterday, fans got excited after a clip featuring Elton John's hit song Rocket Man went viral as many thought it was a glimpse of the much-hyped festive ad. 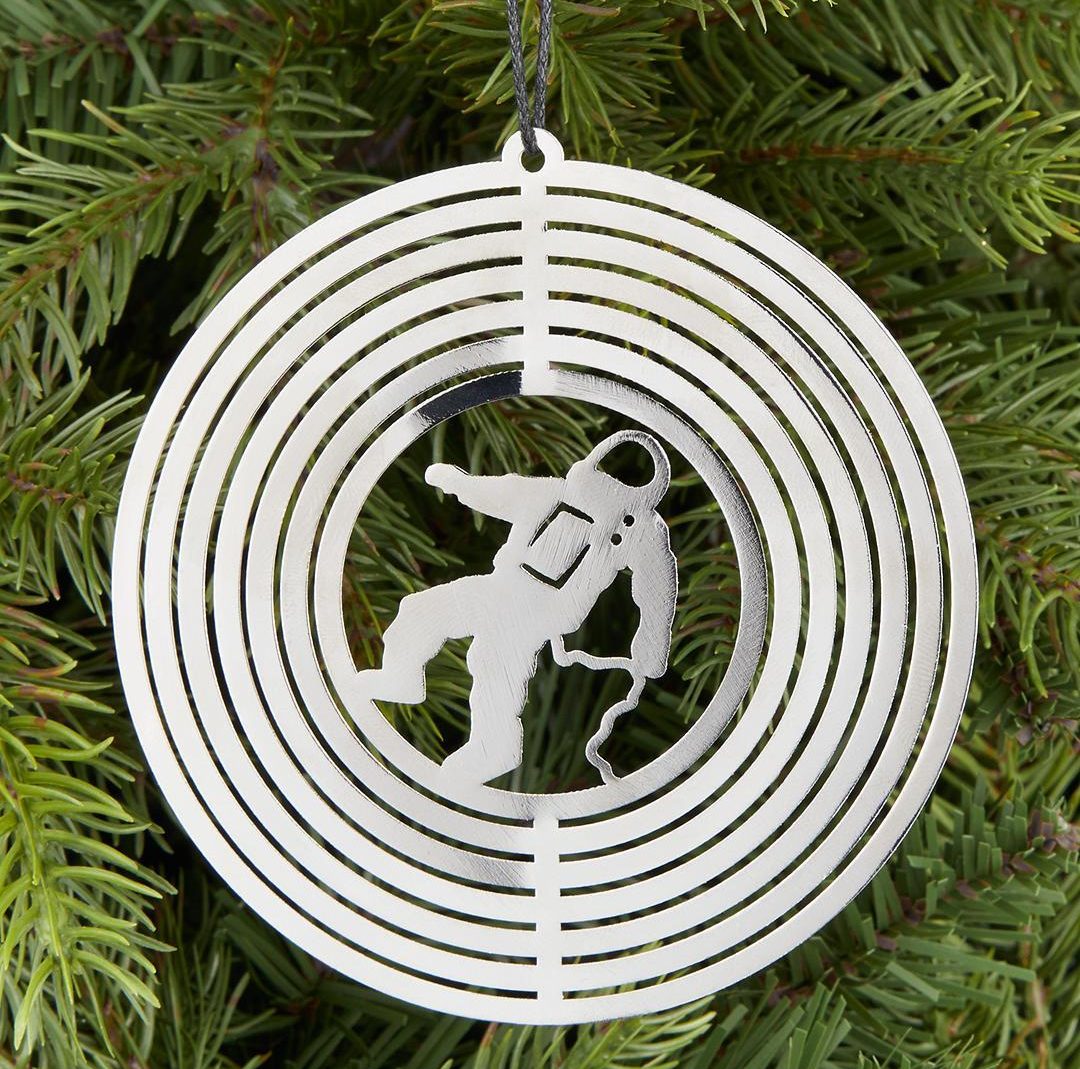 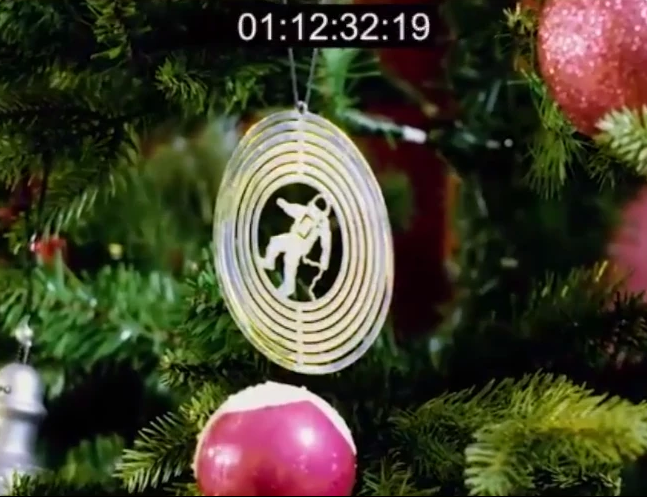 The four-second video features an astronaut Christmas tree decoration – and now eagle-eyed fans have spotted the same bauble for sale on the John Lewis website for £4.

The teaser trailer is believed to be fake, but rumours are swirling that it might be real after all after the decoration was spied online.

The website states that the item is currently out of stock.

One theory is that an eager fan bought one of the baubles and made their own John Lewis teaser trailer. 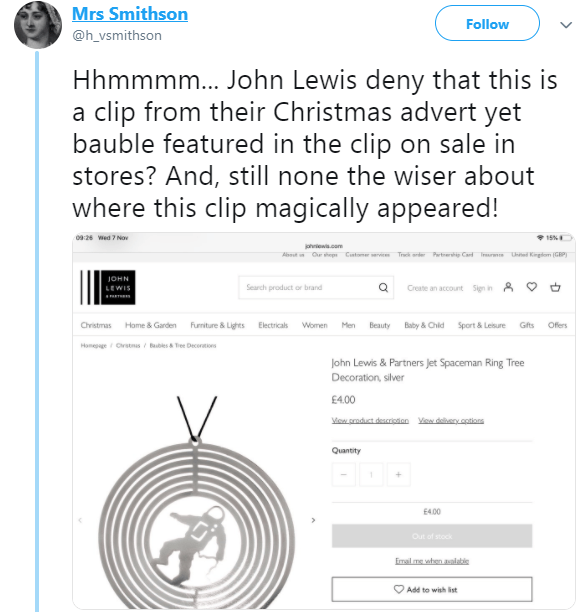 But many on social media are convinced that this means the teaser trailer is real – and that this year's advert will feature Elton John and have a space theme.

Fundraising consultant Johnny Five posted his own theory on Twitter about what the festive ad will look like.

He said: "Elton John's on a mission to rescue #TheManOnTheMoon and bring him home in time for Christmas dinner.

"A serious tear-jerker and there will be fluffy toy Eltons sold for charity." 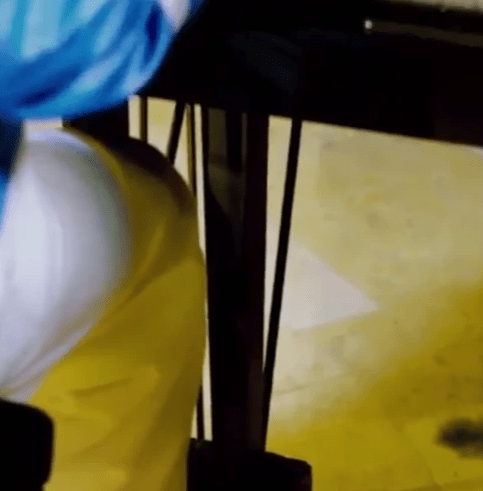 The Man On The Moon was the retailer's £7million 2015 advert about a six-year-old girl who saw an old man living on the moon through her telescope, who made sure he received the perfect gift at Christmas.

It's strongly suspected that this year's advert will have a space theme.

And the John Lewis website does list a suspiciously high number of astronaut-themed Christmas decorations for sale online this year.

Sources close to the production told The Mail on Sunday that Elton's fee makes up half of the advert's £10million budget.

The date for when the John Lewis advert will be released hasn't been revealed yet but it's thought to be later than usual.

The advert has been released on November 10 for the last two years.