Wreath-making lessons, baking and calligraphy masterclasses: How John Lewis is gambling £3m on turning its shops into POSH playgrounds for grown-ups!

Standing in a stylish kitchen, I’m whipping up a batch of macaroons and some rather tasty eclairs under the tutelage of chef Jess Wooldridge.

Earlier this morning, I made a massive festive wreath in the loose, natural style that’s currently fashionable — as I was informed by another expert teacher — with great sprigs of rosemary and eucalyptus sprouting out at angles.

And, later on, I’ll pop into a calligraphy workshop to learn how to make my Christmas cards look extra-special.

But this isn’t some pricey experience day: many of the classes are free. In fact, it’s a glimpse of what John Lewis believes the future of retail could look like.

The department store, which, like its rivals, is struggling as bricks-and-mortar stores lose out to online shopping, has spent £3 million transforming its Southampton branch into an ‘experience playground’ for grown-ups. 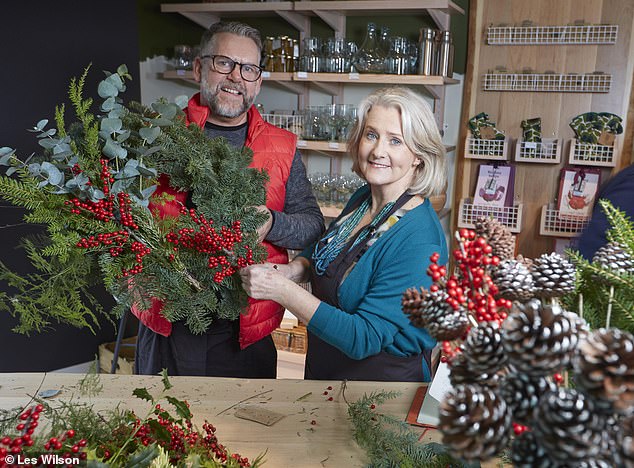 I’m the first journalist invited to put it through its paces.

In practice, that means there are classes and workshops taking place as you wander around. My baking class is in full view of passing shoppers in the middle of the cookware department, and little knots of people keep stopping to watch. I love it — I feel as if I am on The Great British Bake Off.

And it doesn’t hurt that our baking efforts send delicious smells floating through the shop — chef Jess says people have been signing up on the spot, drawn in by the wonderful aroma.

Of course, there’s a commercial purpose to all this. While you make your eclairs, you’re also putting the store’s kitchen gadgets through their paces, increasing the chance (it hopes) that you will choose to buy one.

The baking course is one of 70 experiences, events and expert services customers can now try at the store, which can be booked online or via the in-store experiences hub. Some are free, others paid-for, but you leave with something substantial, such as your wreath, as well as new skills.

It’s not just Southampton, either — you can try a wine-tasting class at John Lewis White City in West London, or one on iPad skills in the Chester branch. Tortellini-making, vegetarian cookery and ‘styling basics’ are also on offer.

‘Our new concept shop is an example of how we’re reinventing the department store of the future to make us stand out from the competition,’ says John Lewis customer experience director Peter Cross. 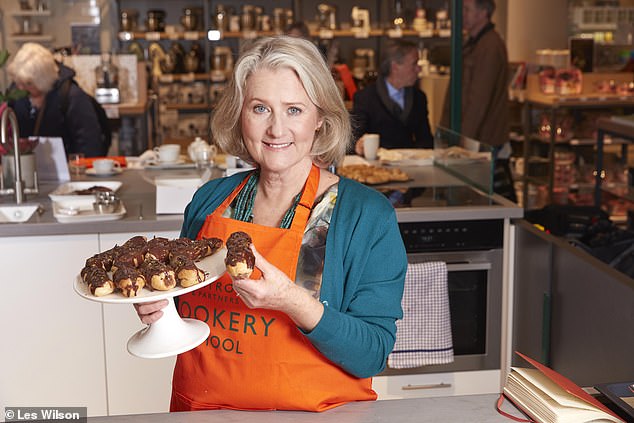 Maggie (pictured) who is the first journalist to try the new concept, says shoppers seemed excited as they packed the store on a rainy Tuesday morning

It had to do something. Earlier this year, the group posted its first-ever half-year losses — further evidence of the retail crisis that has already pushed Debenhams and House Of Fraser to the brink of oblivion.

High Streets that used to be rammed every weekend are now sad and empty.

So it’s no wonder John Lewis is doing everything it can to get us away from our screens and back into its stores.

But will anyone actually bother to shop in this leisurely, but time-consuming, way?

Southampton isn’t the first place you think of as a shopping mecca, but, when I arrive on a rainy Tuesday morning, there is a palpable buzz in the air. Excited-looking shoppers pack the store, genuinely keen, it seems, to enjoy themselves. There isn’t even a sale on.

Crucially, the new experiences aren’t hidden away in dreary backstage conference rooms, but are out on the floor, expertly staged for impact. 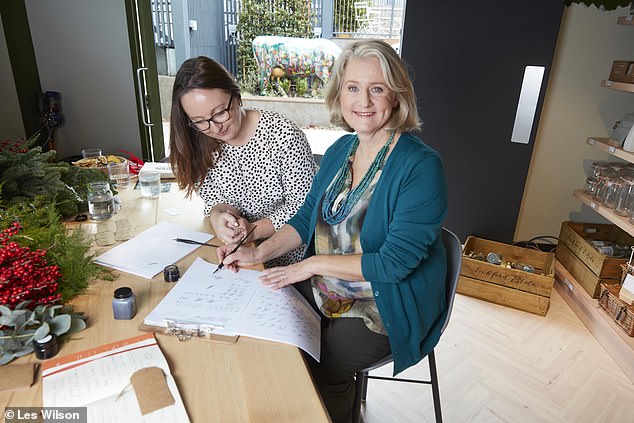 Maggie (pictured) says customers seemed interested, as they saw her taking part in a calligraphy workshop on the shop floor

Plenty of people walked by when I was attaching large branches of holly to my wreath, and working on my downstrokes in the calligraphy workshop, and you could see their interest was piqued. The experts on offer are properly knowledgable, too. Take Chris Wood, product developer for Waitrose’s horticulture department, who shows me how to put together my wreath. He’s one of those people with magic fingers — everything he touches looks beautiful.

And that might well inspire a little bit of brand loyalty — the elusive grand prize in this cut-throat competition for consumers’ attention.

John Lewis certainly isn’t the only store throwing its hat into the ring. Selfridges already does sterling work on customer engagement and recently posted a set of bumper results for the year to February, with an increase in sales of 6 per cent and £170 million in profit.

What the Oxford Street behemoth delivers is not just good gear, but a thrilling shopping experience. For instance, in December, you can get make-up tips from brand owner Trish McEvoy herself, or take your children to a toy event run by the Science Museum. 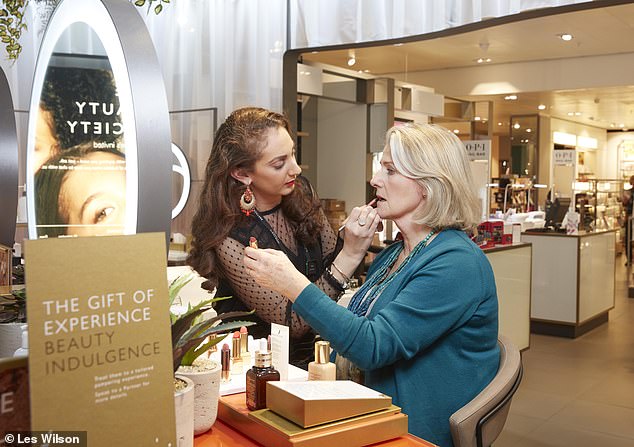 So, how does John Lewis measure up? My first impressions are very positive.

Consumer research types have termed the new trend for having experiences while you browse ‘shoppertainment’.

I can see quite a few of my female — and male — friends whiling away a Saturday afternoon at technology tutorials, or getting gardening advice in the store’s roof garden.

Sharing such experiences with other shoppers who are equally invested in having a great day out adds another level of engagement.

Simply put, it’s fun having a giggle in a calligraphy class (which I loved), chatting about how you were taught handwriting at school and seeing who manages to get the most ink on their fingers. There is also a sense of joint achievement when we leave with our beautiful, handwritten Christmas gift tags. 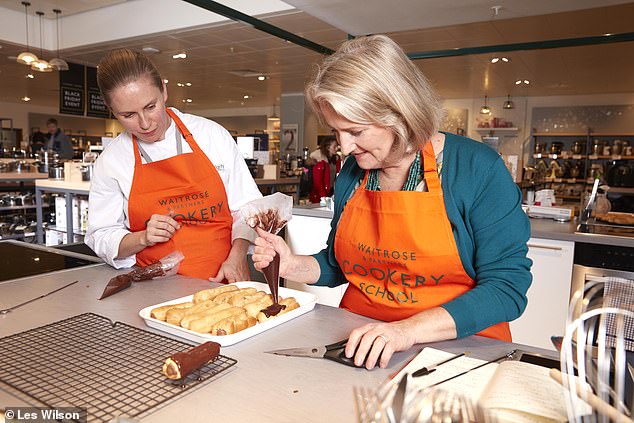 It helps, too, that whatever experience you choose comes with the John Lewis hallmark. The brand’s long history of high-quality products and trustworthy consumer advice makes it well placed to start running courses with experts that people will actually want to take.

I’ve tried experiences such as this before in independent retailers, as well as those expensive ‘experience days’ that are now such popular gifts. Some were excellent, others less so — but I feel as if you can rely on a certain standard from John Lewis.

So I say bring on the future of shopping!

For a full list of in-store opportunities at a John Lewis near you, visit johnlewis.com