First time for everything! From The Breakup to Pitch Perfect, John Michael Higgins has been making us laugh for quite some time. However, the veteran comedian had to start somewhere. The host of the Game Show Network’s America Says sat down with Us Weekly to reveal some of his milestone firsts — from drinking to pet disasters. Watch the video above!

Before he was a master in comedy, Higgins, 55, was a master mime artist, which came in pretty handy during his first big audition. He told Us, “My first audition was for a Red Cross film. Strangely, I had been trained as a mime as a child and they needed a kid who could use his body because it was a silent part. I got the job. I got the job on my first audition now that I think about it, which is great. I’m not sure I would get that part now.”

Dogs and Barbie’s do not mix, at least when it comes to Higgins’ pet. The actor recalled that his first pet, a beagle, whose name escaped him was “removed from the premises because he ate my sister’s entire Barbie doll collection.”

“It was a massacre. It was like Godzilla rolled into Tokyo and ate everyone in Tokyo. He didn’t knock the buildings down, he ate the people,” the Best in Show actor told Us.  “Beagles, as it turns out, are a breed of dog that will not stop eating unless you stop them. Meaning remove the fuel. There was so much fuel for this dog to eat, she had a lot of them. What was upsetting about the incident … was that some of them were not wholly eaten. They were half-eaten.” 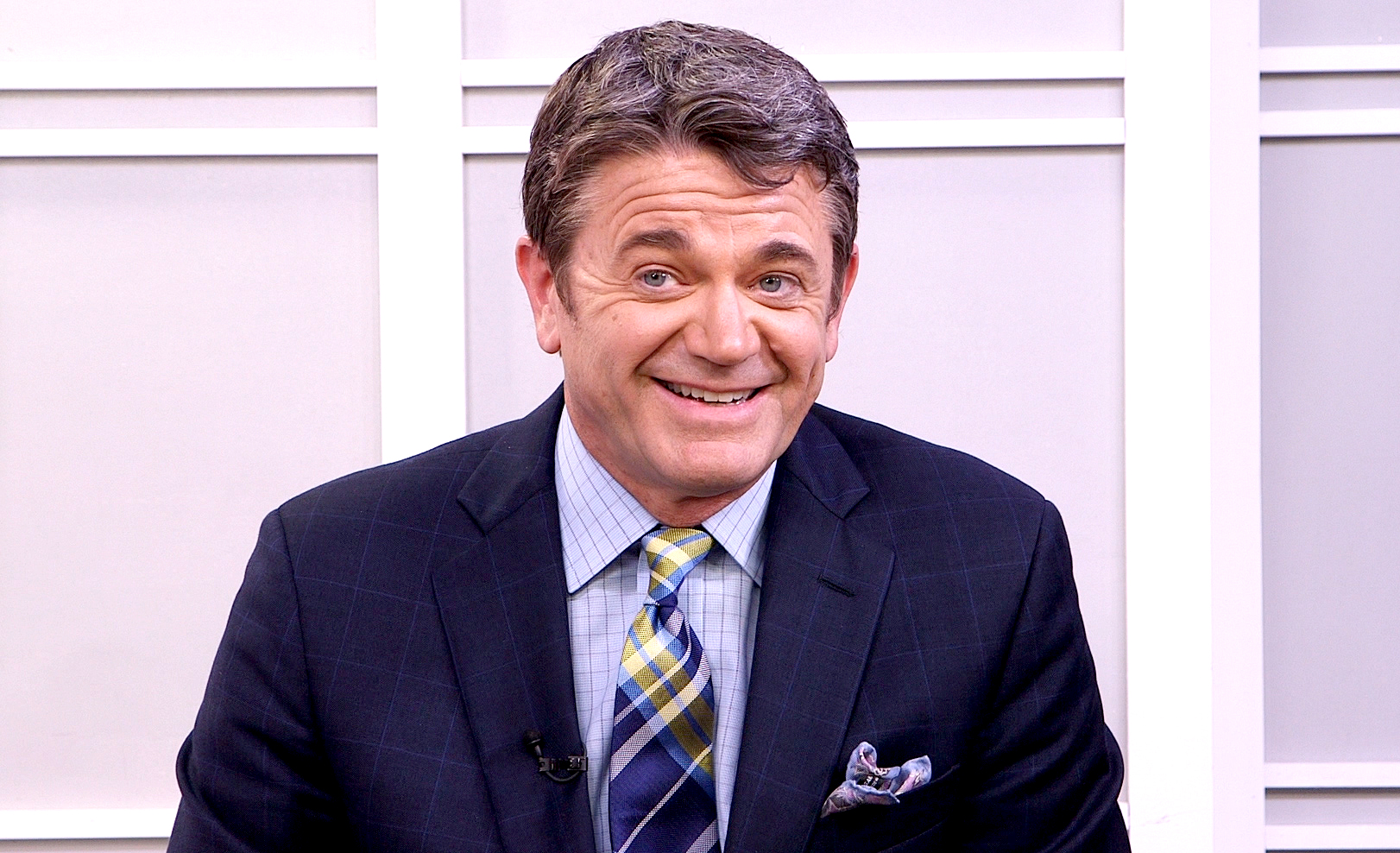 Higgins’ first time getting drunk was an accident … sort of. The game show host wasn’t a big drinker back in the day, which confused his friends in college, so he decided to put them up to a challenge: get Higgins drunk.

“I  said, ‘Sure. You can get me drunk if you want. I can’t know. You guys figure that out,’” Higgins told Us. “They had these margaritas, which is this classic hide the booze thing.

What they did is they said these are virgin margaritas except some of them and you don’t know which they are. They gave me a whole bunch of virgin ones and then I got addicted to the non virgin ones, as one does. I got drunk and I began dancing apparently.”

Although Higgins has been married to wife Margaret Welsh for 15 years, there was a time when he had eyes for a certain golden age movie starlet, Myrna Loy.

“There’s something about it. The hairdos, or the black and white or something, it just gets me going. Myrna Loy. Look her up,” Higgins told Us. “That’s all I need. One Myrna Loy. Straight up. Fantastic.”

To listen to our full interview with Higgins subscribe to our new podcast, “In Case You Missed Us.”