A new day has risen for pop singer-songwriter Jonah Kagen, but he has his eyes focused on the ‘Moon’ in his new single, and he tells HL the inspiration behind this enchanting new track.

Though we find Jonah Kagen stranded in a dusty town at the start of “Moon,” this new single/video actually signifies a new direction for the Savannah, Georgia native. The song is his first release since signing with Arista Records, and as first impressions go, Jonah shines. “Moon” is a glimmering dash of optimism, a lunar-inspired love song that showcases both Jonah’s songwriting and voice. It’s also a great introduction to his new fans because Jonah tells HollywoodLife that “Moon” totally “represents everything that I want to be as an artist and everything that I want to share with people through music.”

“To me, it is a song that you want to scream at the top of your lungs, and that makes you move,” he tells HollywoodLife over email, “but it also tells a very real story with lyrics that mean something and real instruments behind it.” This new song comes months after Jonah released his first original single, “Broken,” which Jonah first teased on TikTok by encouraging his followers to “co-write” it with him. “Moon” received a similar treatment, and Jonah noted that the song “had the potential to really resonate with a lot of people, and all I want to do with music is to connect with people and make them feel something special.”

During the EXCLUSIVE chat, Jonah shared his favorite line on the song, what fans can expect from him during the back half of 2021, and if that moon tattoo he sports in the video is real or not. 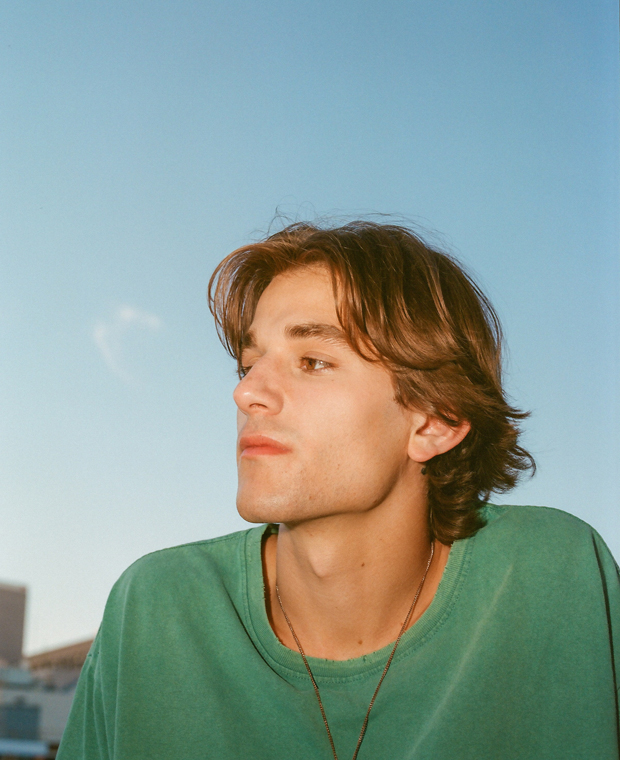 HollywoodLife: Tell us what inspired this song and what led you to pick this to kick off the next chapter of your career?

Jonah Kagen: There was a period a while back where I was far away from someone I loved, and one night, I was outside and missing that person even more than usual. I remember looking up and having the thought that the person I was missing could go outside and look up to see the same exact moon that I was looking at, no matter how far away they were. That thought really comforted me, and it has stuck with me since. I think that there is a huge amount of hope in that sentiment, knowing that a person will always be there and to “just keep looking for the moon.” I wanted to share that with people, so I wrote about it.

As far as choosing “Moon” to be the next song to start this new chapter goes, I wanted to do so because it really represents everything that I want to be as an artist and everything that I want to share with people through music. To me, it is a song that you want to scream at the top of your lungs, and that makes you move, but it also tells a very real story with lyrics that mean something and real instruments behind it. Similar to “Broken,” after teasing the song on social media, it seemed like it had the potential to really resonate with a lot of people, and all I want to do with music is to connect with people and make them feel something special.

Which came first – “Moon,” the song, or moon, the tattoo on your hand?

The song came first! The tattoo in the music video is actually temporary, but I’m getting a real one like it soon 🙂

For the music video, did you have this visual concept in your head when writing the song? Or did this visual tableau form after the song?

I suppose the visual concept of the music video wasn’t necessarily in my head when writing the song, but the storyline was. Once the song was finished, it was easy to communicate what I was seeing, and [director Eliot Charof] really brought it to life in a beautiful way. 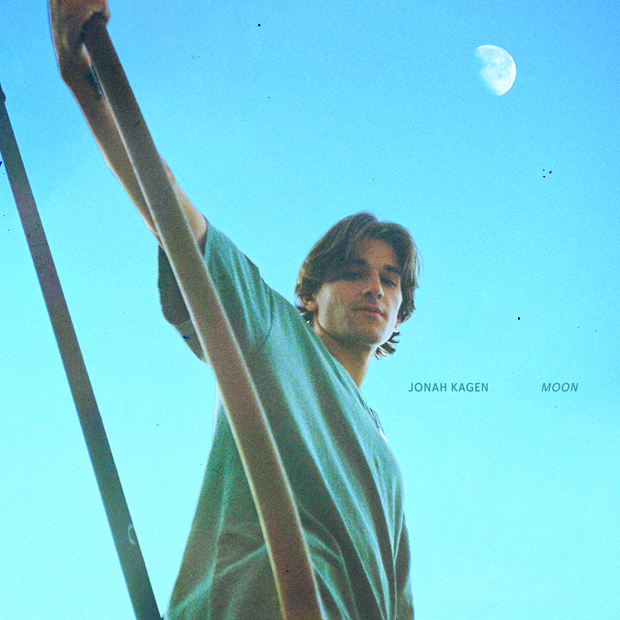 Do you have a particular favorite line in “Moon”?

That’s a tough one. There are so many that I think are really cool. I think it’s a tie between “‘Cause it shines the same wherever you are,” “If you stay within the light, I’ll always find you,” and “I know that we are greater than the sum of our hearts.” The first one is really the idea that inspired the song, while the second one embodies the hopeful message that I wanted to get across. I like the “sum of our hearts” line because it makes you think, and I really like the idea that together you are even stronger than the sum of your individual pieces.

While it’s unfair to put anyone’s sound in a box, how would you describe your sound or vibe to someone who hasn’t heard you? Like, “Jonah Kagen’s music is perfect for those who want to _____”?

Also, a tough question! I think that I would fill in that blank with “feel a wide range of emotions.” I try my best to appreciate the entire spectrum of human emotion, and I want to show that through my music.

Musically, it is a sound that has acoustic roots and uses real instruments but branches out into different areas–sometimes it’s more pop, sometimes dance, sometimes folk. All in all, I think it’s music that is catchy, but it also makes you feel something special.

Do you have a particularly fond moon-related memory? I remember one summer night where the moon was bright enough at midnight that it felt like dusk.

The night that inspired the song, where I looked up and found comfort in the fact that the person I was missing and I were seeing the same moon, is a very fond memory for me, but also a bit of a bittersweet one. There have also been a few nights since writing the song where the moon has looked amazingly bright or huge, and it feels even more special to me now. It’s a really cool feeling to write something and genuinely believe your own lyrics.

What is the plan for 2021? Will you be performing shows? Going on tour? Releasing new music before 2021 is over?

I have tons of new music on the way! I really want to start playing shows, but I have one more semester of college left. I also play soccer at my school, so I’m going to finish my last season and set of classes, keep releasing music, do as many live performances as possible, and hopefully enter into 2022 ready to tour. I can’t wait to share it with y’all 🙂