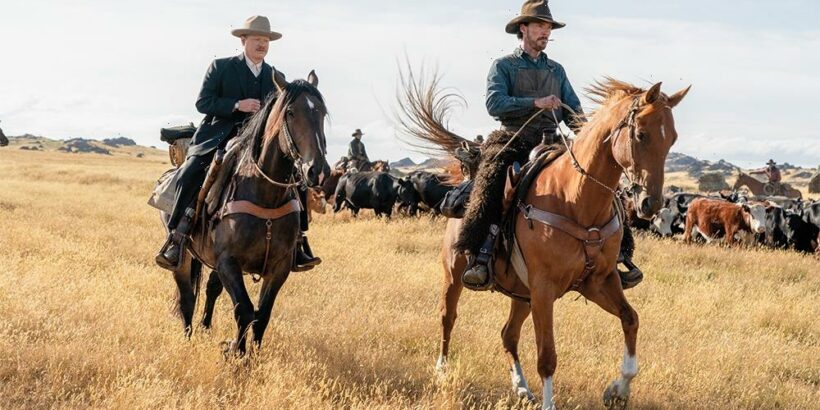 It’s impossible to guess, some three months away from the nominations, what might be up for Oscar in the music categories. But we can’t resist trying.

The only sure thing seems to be that English composer Jonny Greenwood will be nominated for at least one Oscar and maybe two. The Radiohead guitarist has been nominated just once (for 2017’s “Phantom Thread”) but has lately stepped up his film score output and has no fewer than three talked-about films in contention: “Spencer,” the Princess Diana movie, for director Pablo Larrain; “The Power of the Dog” (pictured), the Benedict Cumberbatch western for director Jane Campion; and “Licorice Pizza,” for his frequent collaborator Paul Thomas Anderson.

Eleven-time nominee (and winner for the original “Lion King” in 1994) Hans Zimmer seems a likely entrant for his moody, evocative, choral-based score for the sci-fi epic “Dune.” Another 11-time nominee (and two-time winner, for 2014’s “The Grand Budapest Hotel” and 2017’s “The Shape of Water”), Alexandre Desplat, may be a contender for his latest Wes Anderson comedy, the all-star “The French Dispatch.”

Two composers of color were nominated last year, and one of them won (Jon Batiste, one of three composers on Pixar’s “Soul”). Terence Blanchard, busy with his opera “Fire Shut Up in My Bones” at the Metropolitan Opera in New York, has no film in competition this year.

But Kris Bowers (“Green Book”) has the Williams-sisters tennis backstory “King Richard,” and if the music branch decides it wants to be hip, there’s also Jeymes Samuel’s “The Harder They Fall,” co-produced by Jay-Z and with songs and score by Samuel, who also wrote and directed the all-Black western. But no director who also scored his movie has been nominated since Charles Chaplin (“Limelight” in 1972)… although he won.

And what about the women? Only two have been nominated in the last decade (Mica Levi, for 2016’s “Jackie,” and Hildur Guðnadóttir, for 2019’s “Joker,” and she won) but their profile has risen considerably in recent years. Isabel Waller-Bridge’s score for “Munich: The Edge of War” could be a contender, as could Dara Taylor’s for “The Tender Bar” or Amie Doherty’s for the animated “Spirit Untamed.”

The veterans, those composers whose music is already familiar to the music branch, always have a leg up in terms of consideration. Carter Burwell (two-time nominee for 2015’s “Carol” and 2017’s “Three Billboards Outside Ebbing, Missouri”) has never been nominated for a Joel Coen movie despite scoring 19 of them. “The Tragedy of Macbeth” with Denzel Washington may well be the first.

Nicholas Britell (another two-time nominee, for 2016’s “Moonlight” and 2018’s “If Beale Street Could Talk”) could score his first nomination for an Adam McKay film, the black comedy “Don’t Look Up.”

One of the enduring mysteries of Oscar music is the branch’s failure to nominate Harry Gregson-Williams, who has scored everything from “Shrek” to “The Martian.” This year he has Ridley Scott’s 14th-century period epic “The Last Duel.”

Last-minute entries could include Guillermo del Toro’s “Nightmare Alley,” to be scored by Nathan Johnson (“Knives Out”) and Maggie Gyllenhaal’s “The Lost Daughter” with music by Dickon Hinchliffe (“Winter’s Bone”).

And despite big box-office returns, Marvel movies tend to be ignored for music honors, so composer Lorne Balfe’s innovative score for the Marvel movie “Black Widow” (featuring choral passages based on Russian poetry) could be a longshot. But then “Black Panther” was a Marvel movie and it won the 2018 Oscar for Ludwig Göransson.