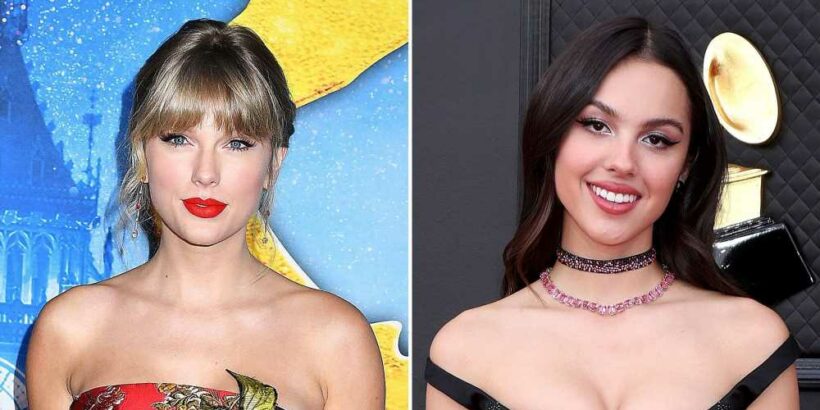 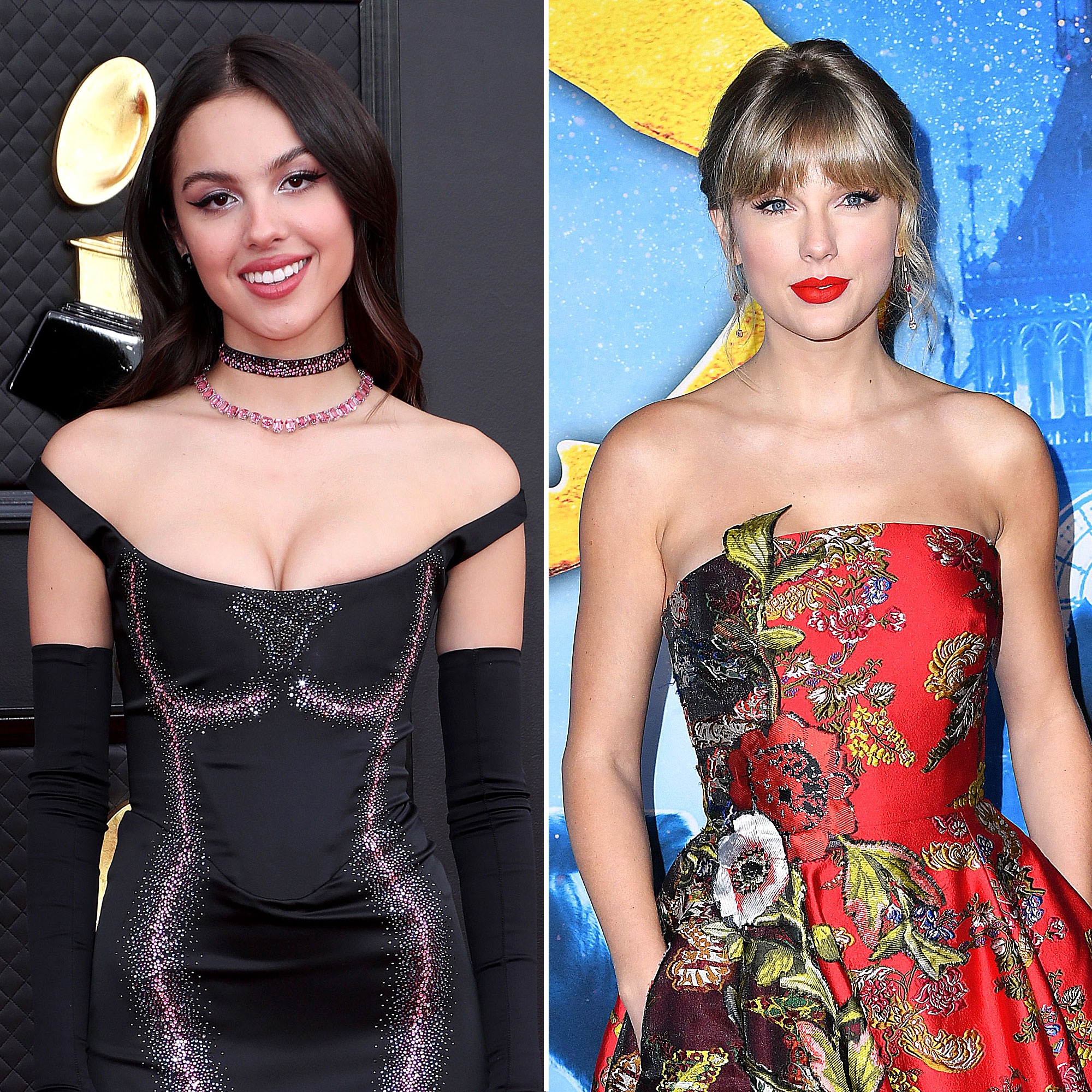 Oops! After winning three Grammy Awards, Olivia Rodrigo hilariously dropped one of them a la Taylor Swift in 2010.

See What the Stars Wore on the Grammys 2022 Red Carpet

The “Good 4 U” singer, 19, was posing backstage at the Sunday, April 3, awards show with her trophies piled in her arms when one fell. As the award broke into two pieces, the California native made a shocked face.

Similarly, Swift, 32, struggled to balance four of the statuettes in her hands while posing for pics at the 52nd annual Grammy Awards. The “Blank Space” singer sported an off-the-shoulder gown on the red carpet at the time, while Rodrigo looked just as sparkly this year in a black dress, matching opera-length gloves and double chokers.

Sunday’s ceremony marked the actress’ first Grammys appearance, and she gushed to Entertainment Tonight about how “genuinely so excited” she was to watch the other performers. “If I won one, that would just be something I couldn’t even fathom,” Rodrigo said before the show. 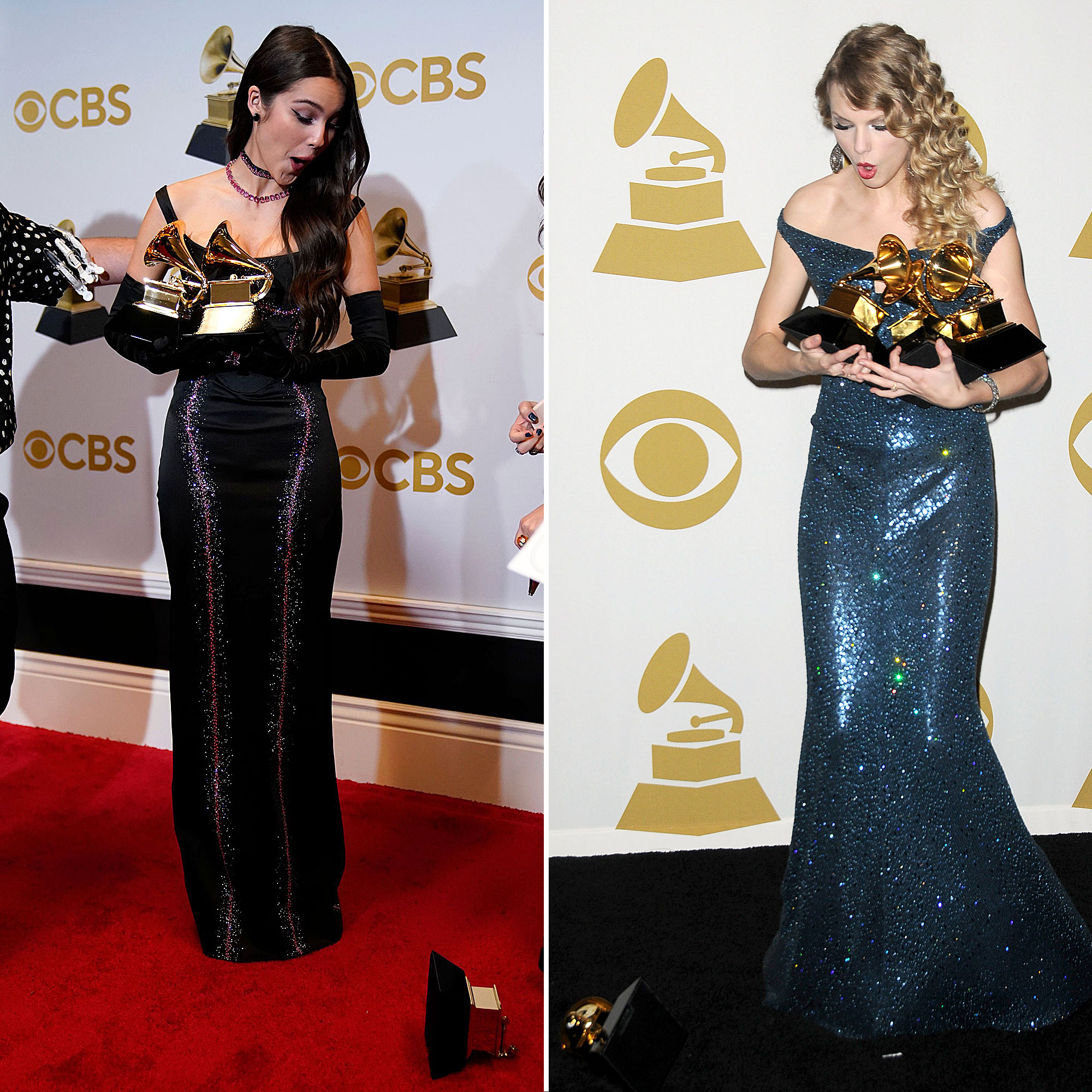 The High School Musical: The Musical: The Series star was the second act to take the stage following Silk Sonic, wowing the audience with her hit single “Drivers License.”

The former Disney Channel star went on to say, “Thank you to everyone at Interscope, especially John Janick, for believing in me and my songwriting before anything else. … A huge thanks to Dan [Nigro], who made all of my music with me. Dan, you are the best friend, collaborator and person I could ever ask for, so this is all because of you, so thank you.”

The songwriter was nominated for seven awards total, opening up to her Twitter followers about the “meaningful” honor in November 2021.

See the Wildest Hair and Makeup at the Grammys!

“When I was younger, my family lived a few blocks from the Staples Center, where the Grammys took place every year,” the “Deja Vu” singer explained at the time. “I would always walk outside the arena and look at the plaques on the ground with all the winners’ names in wide eyed wonder. I went to the Grammy museum so many of my free weekends bc I was so fascinated by the history of the show and all of the incredible musicians that made it up. … I’m beyond humbled. Truly a day I will never forget.”

Swift, for her part, was nominated for Album of the Year on Sunday for her ninth studio record, Evermore, but she skipped the ceremony. The trophy went to Jon Batiste.