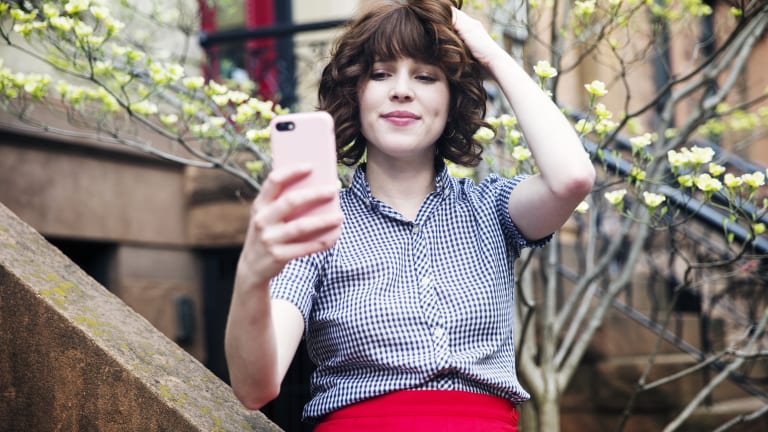 Yes, online dating can get worse.

It is a dark day for online dating. I mean, most days are dark days for online dating (seriously; have you been on Tinder lately?) but today is particularly grim. A new dating app has been released which turns dating into a game. And though dating is, arguably, already a game, this app takes us one step closer to the complete breakdown of authentic interpersonal connections.

Crown app, released by the Match group (who are responsible for Tinder, Plenty of Fish and other matchmaking sites) is billed as a ‘tournament style dating app’, in which users select "winners" from a daily group of matches.

Each day at noon, the user is sent 16 matches, chosen from the app’s algorithm (which, hopefully, is superior to the Plenty of Fish algorithm, which matched me with farmers from Texas, soldiers from Afghanistan and Maccas servers from Tamworth.) Unlike other dating apps, however, the matches are presented two at a time. The user must select which matches will proceed to the next round and which are eliminated, until the final four winners are "crowned".

The winners are notified, and can begin to chat with the user, or decline the match.

“It’s like a ‘Bachelorette’-style process of elimination that helps users choose between quality over quantity,” Andy Chen, Vice President of Match Group, told TechCrunch, forgetting the Bachelor franchise isn’t exactly the paragon of dating virtue. Chen also fails to draw the blindingly obvious comparison with Mark Zuckerbers’s FaceSmash, the original (and much maligned) "hot or not" game for Harvard students.

From a user’s point of view, Crown is only marginally worse than every other dating app. All dating apps encourage quick decisions and ruthless elimination, based on little more than the physical appearance and a line or two of bio. But whilst other apps require each person to be assessed in isolation – yes, I might like to date him, no I wouldn’t – Crown pitches matches against each other. This dude is better than that dude. This one is better than them both.

Dating apps are already profoundly dehumanising. It is easy to forget that there are real people behind those profiles, people with vulnerabilities and hopes and fears. Online dating has created a disposable dating culture, in which investment in any one match is low, and the next swipe is just around the corner.

And apps have facilitated some truly hideous behaviours. Virtually every regular user has been lied to or misled, Ghosted or sent offensive messages. Swiping culture turns matches into commodities, and takes us further and further away from authentic moments of connection.

Crown reinforces and intensifies all that is awful about online dating – the competition, the dehumanisation, and the emphasis on physical appearance. The creators of Crown claim that their app reduces swiping fatigue, in which excess of choice creates cognitive overload, and helps to combat the addictive nature of dating apps. Supporters will argue that dating is already a game, and that there have always been winners and losers in love.

But matching with lots of people on Tinder is vastly different to the ego boost of being crowned a "winner" by multiple users. It seems inevitable that successful users will become more addicted to the thrill of being "crowned" than they ever did on swiping, and focus more energy on winning the game than on actually dating other users.

And whilst users of regular apps are largely protected from rejection, Crown users must put their cards on the table – literally – every day. There is every chance they can crown their four winners and be declined by all, which is far more brutal than simply failing to get a mutual match.

I am not going to be personally affected by Crown app. It was designed for millennials, not middle-aged daters like me. RSVP has been telling me plaintively for months that there are "no matches for me today"; there’s no way Crown would be able to come up with sixteen per day.

Online dating is bad enough as it is. We don’t need new and creative ways to treat each other poorly. There are real people using these apps. Perhaps we need a dating tool to remind us of our humanity.