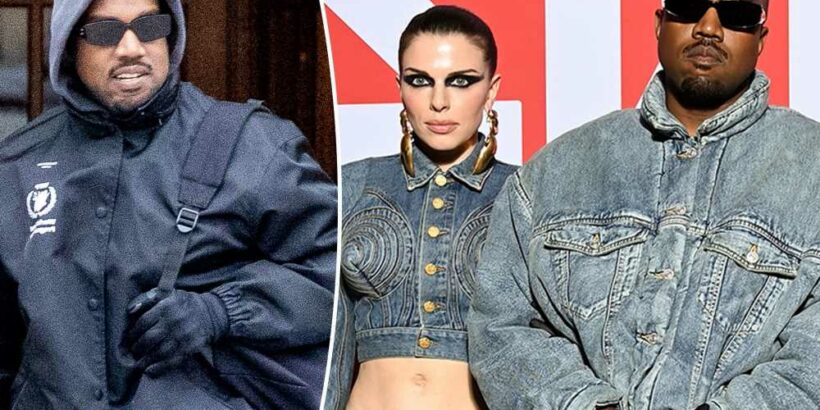 Kanye West is too busy to get into a serious relationship right now.

After a source told Page Six that West and gal pal Julia Fox have an open relationship “because they’re evolved beings” — another source tell us he has a lot to focus on right now outside of his romantic life.

“Kanye is busy,” says the source. “He has his album. He’s got a million things going on work-wise. He designs, he produces, all of that takes time. And he is dealing with his divorce.”

West is currently working on releasing “Donda 2,” holding listening parties in NYC and LA, and has been repeatedly, publicly lashing out at soon-to-be-ex-wife Kim Kardashian over issues dealing with their children.

On Monday, West was spotted partying with Kendall Jenner and Travis Scott during a “Donda 2” listening party at Nobu in Malibu, before heading over to the Sunny Vodka party at celebrity favorite haunt The Nice Guy.

Also there was Kardashian look-alike, Chaney Jones — raising eyebrows about the status of his relationship with Fox.

“Kanye very much likes Julia, but it’s a new situation and they aren’t boyfriend and girlfriend,” says our insider. “They are dating. The relationship doesn’t have a title yet. He only met her five weeks ago.”

The source added of the duo, “Only time will show if this will stick.”

West met the “Uncut Gems” actress on New Year’s Eve in Miami. They’ve since been on several highly publicized dates with West bringing his own photographers along, and blow-by-blow dispatches for Interview magazine.

Another source told Page Six of the rapper and Fox’s open relationship, “Their bond transcends typical norms because they’re evolved beings who just want each other to be happy… There is no jealousy or bad vibes.”

The source also revealed Fox is “talking to” a mystery man on the East Coast.