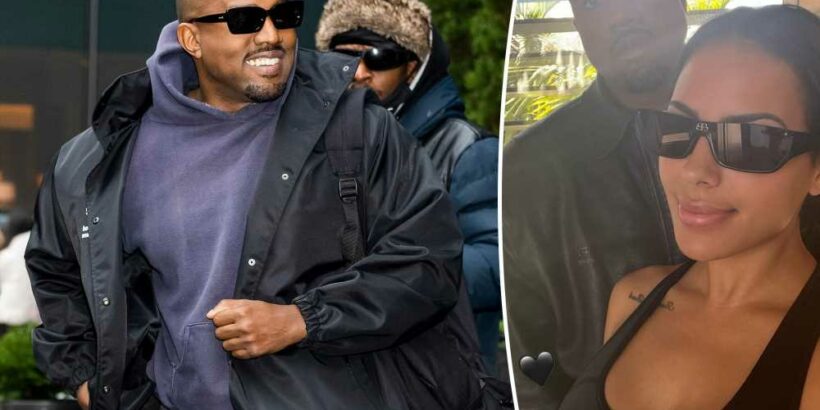 The model shared the pair’s first public selfie together via her Instagram Story on Monday.

Jones, 24, flashed a slight smile for the snap while a serious-looking West, 44, stood behind her in a black leather jacket.

The model, who has drawn comparisons to Kardashian, seemed to take a page out of the reality star’s style book by rocking a fitted black tank top and chic sunglasses to match.

Sources told TMZ on Sunday that West and Jones are just having “fun” and not official, noting that the rapper was “undeniably drawn to” Jones because of her similarities to Kardashian.

West and Jones have been spotted together numerous times since his breakup with actress Julia Fox earlier this month, grabbing dinner at celeb hotspot Nobu and celebrating the rapper’s “Donda 2” concert in Miami. 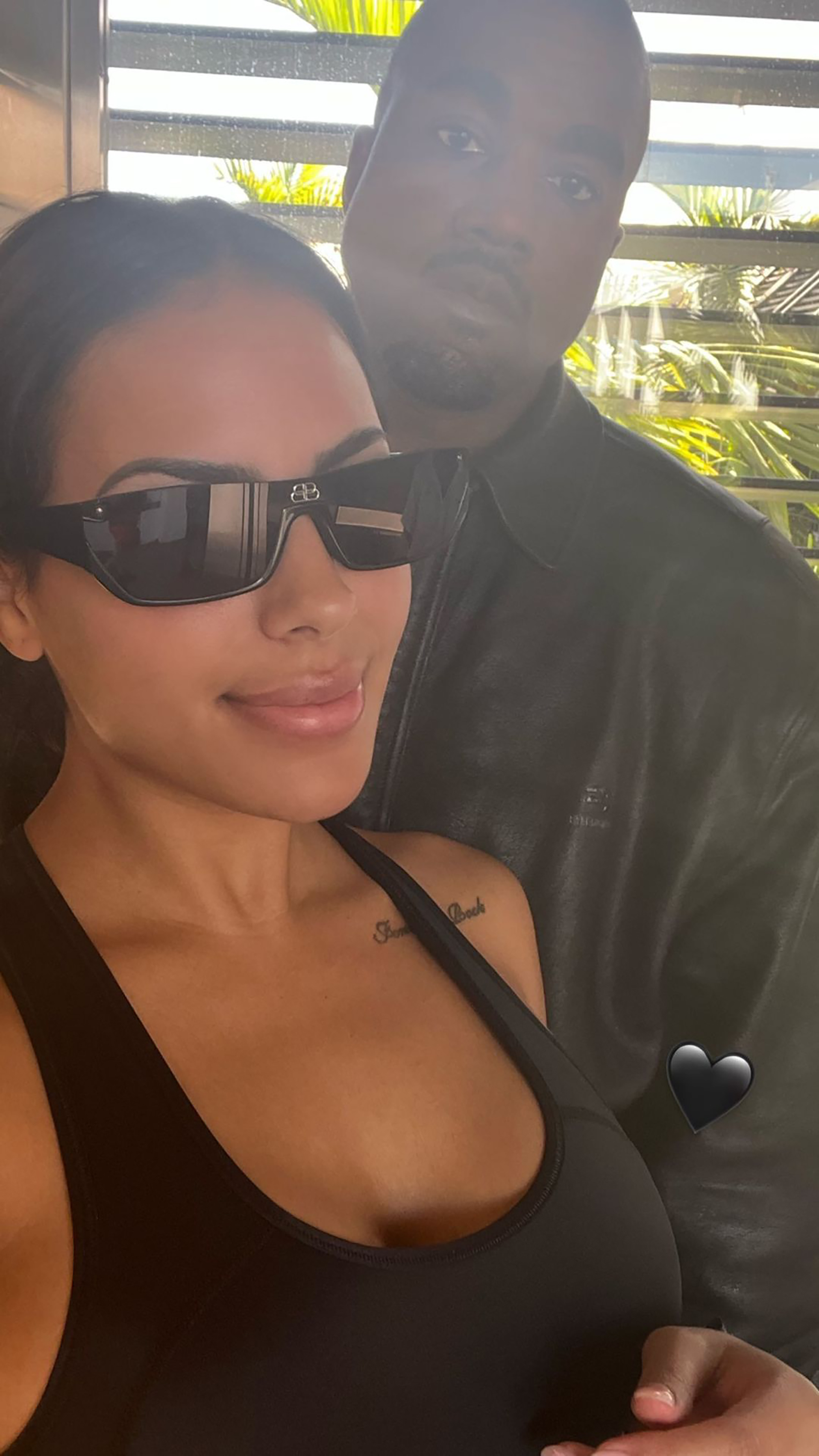 West, who is notorious for styling his romantic partners, even took the model shopping last week for some new Balenciaga attire.

The move was an interesting choice, given Kardashian was revealed as one of the new faces for the designer brand earlier this month. 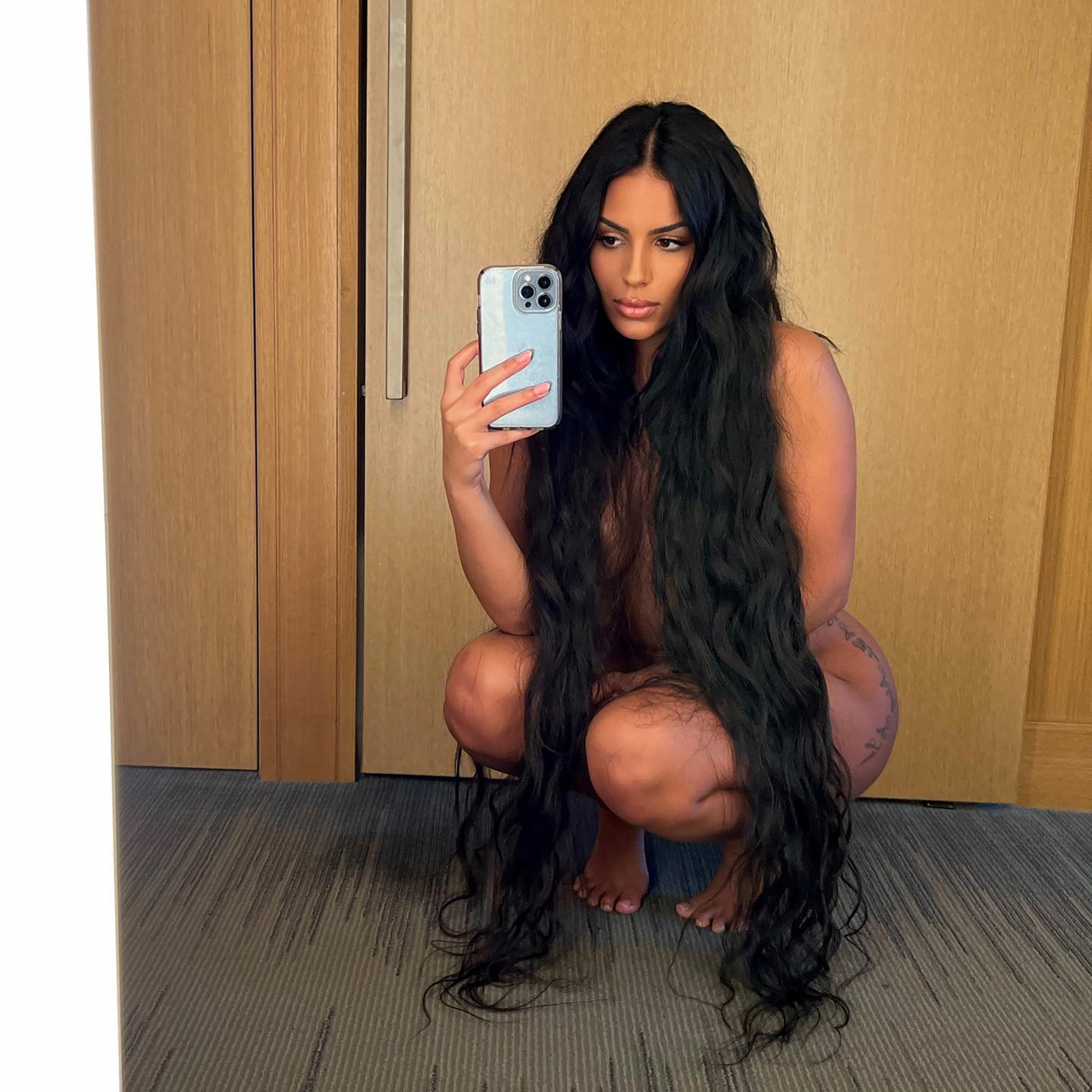 The pair’s latest outing comes amid tensions between Kardashian and West after the Skims founder pleaded with a judge to sign off on their divorce.

West, who shares kids North, 8, Saint, 6, Chicago, 4, and Psalm, 2, with Kardashian, objected to his ex’s request to be declared legally single. 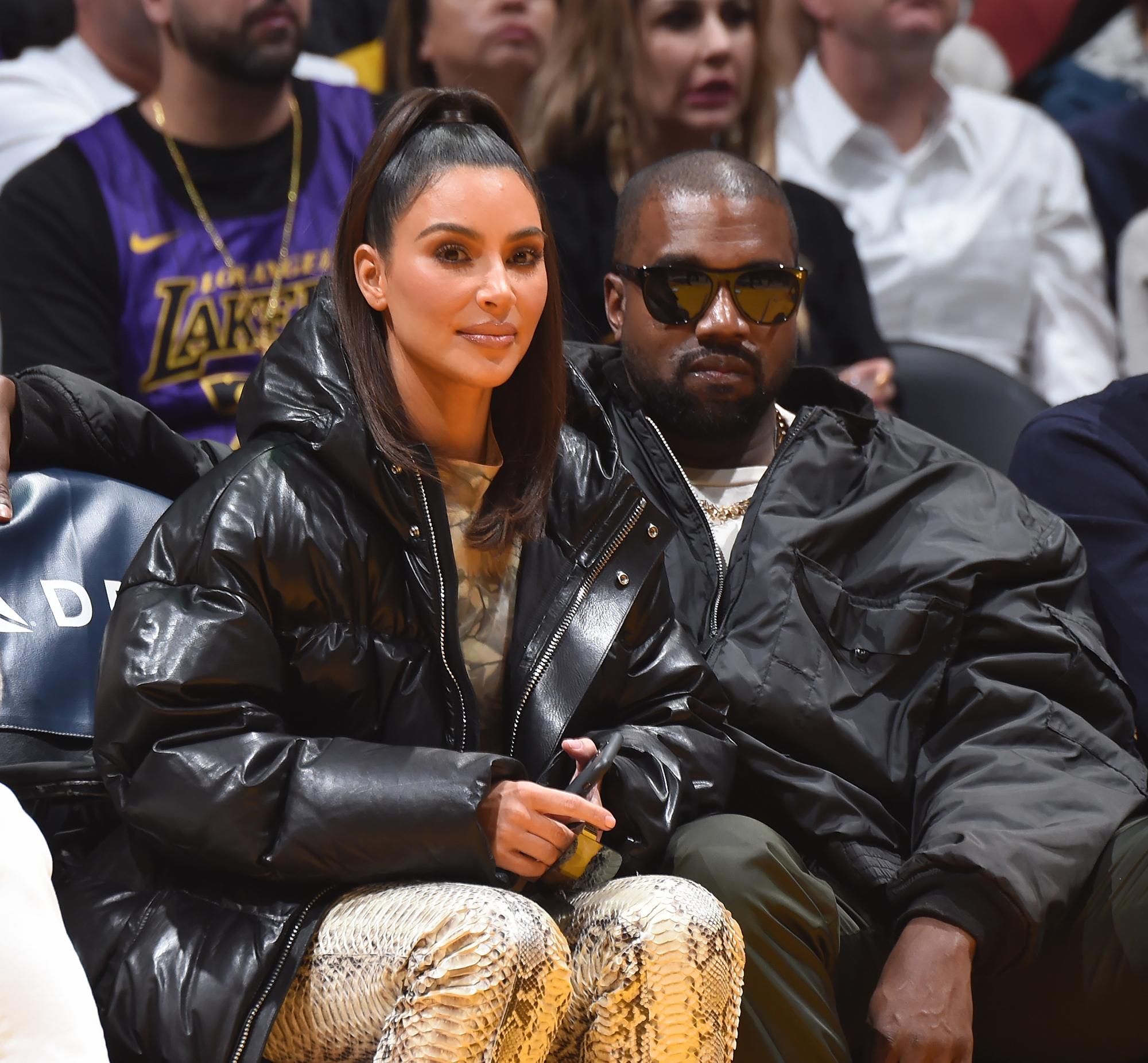 As Page Six previously reported, West has publicly been slamming Kardashian and her new boyfriend, Pete Davidson, via Instagram over the past few months.

“I very much desire to be divorced,” Kardashian, who filed for divorce from West in February 2021, said in recent court documents obtained by Page Six. “Kanye has been putting a lot of misinformation regarding our private matters and co-parenting on social media, which has created emotional distress.”

West clapped back, claiming the social media posts cannot be used as evidence in the estranged couple’s messy divorce as there’s no way to prove he wrote them.