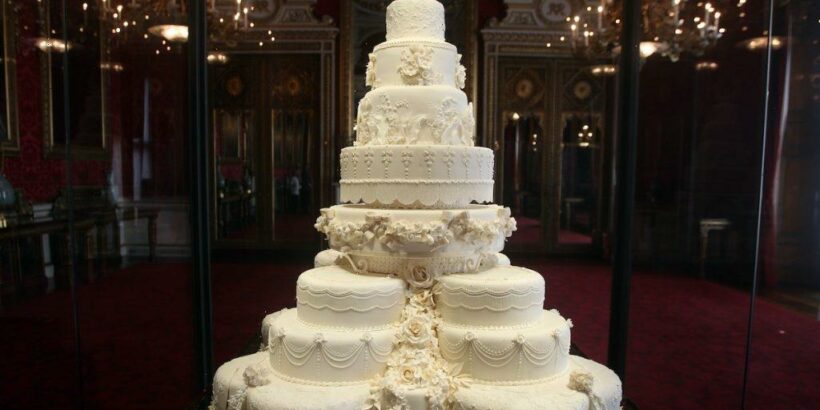 Prince William and Catherine, Duchess of Cambridge, are celebrating their tenth wedding anniversary. Now, a decade later, the couple has three children, Prince George, Princess Charlotte, and Prince Louis, and they’ve become the faces of the royal family.

Though it’s been quite some time since their big day, the Cambridges’ wedding cake baker remembers a very awkward encounter she had with Queen Elizabeth II as she put the final touches on the cake.

Kate Middleton and Prince William spent $80,000 on each of their wedding cakes

When the Cambridges tied the knot, a decade after their love story began, the pair spared no expense. Their 2011 wedding reportedly cost $34 million. The Duchess of Cambridge’s parents brought her $434,000 wedding dress, and $32 million was spent on the security for their big day, which was all footed by the royal family.

The duo also had two wedding cakes baked by Fiona Cairns and her team. Since there was a cake for the wedding and the private reception they cost $80,000 each.

When it came down to it, the cake wasn’t even cut at the wedding. “The actual cake itself, which went on display, was not served at the wedding,” Cairns told Town & Country. Instead, 600 separate slices of fruitcake were served for breakfast on the day of the wedding. Then 4,000 slices were also sent out by the Prince of Wales in tins as gifts.

The couple chose to indulge in an eight-tiered fruit cake.

Though the Cambridges chose an interesting flavor for their big day, it was also baked to last. Cairnes and her team soaked the dried fruit in alcohol, which has allowed the cake to last for several years. The couple served the cake at Prince George and Princess Charlotte’s christening.

It was also served as recently as 2018 for Prince Louis’ christening.

Since the eight-tiered reception cake was so massive, it was an ordeal for Cairns and her team to even get the sweet centerpiece into the reception venue, which just happened to be Buckingham Palace.

Since the cake was over three feet tall, weighing over 220 pounds, and took an entire team of people two and a half days to assemble it, Cairns and her team had to get the door to the Picture Gallery at Buckingham Palace taken off. Apparently, the queen had more than a little to say about the baker dismantling her home.

As she finished putting the finishing touches on the dessert, Cairns had a very awkward moment with Queen Elizabeth. “I can remember her saying, ‘I hear that you’ve been dismantling my house,’” Cairns said in the ITV documentary, The Day Will and Kate Got Married. “And I said to her, ‘Well, we had to take a door down from the room below for the trolley to go through with the cake.’ But it was all put back, so in the end, it was fine.”

We wonder if the pair have some of that cake a decade later.