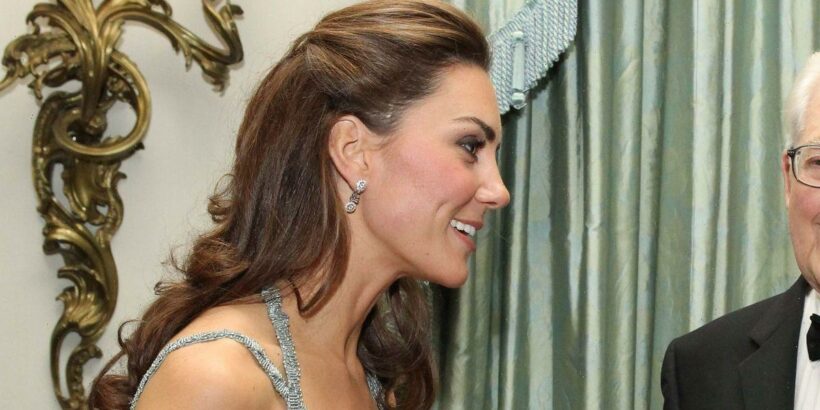 Kate Middleton is one of the world’s most recognisable royals with millions of photos having been snapped of her since she first started dating Prince William over two decades ago.

From her signature brunette blow dry to her perfectly applied eye make-up, the Duchess never fails to make a stunning impression.

Eagle eyed fans have also noticed that Kate has a scar just above her hair line, leading many to question when and what happened to leave such a line.

When the scar was first noticed, it was originally believed to be hair extensions before more sinister rumoured explanations starts to circulate.

Some commentators questioned whether Kate had undergone surgery for a brain tumour leading the Palace to quickly issue a statement to halt the concern.

Buckingham Palace released a statement where they said: “The scar is related to a childhood operation.”

No further details were added or are known, but it’s believed whatever the operation was does not bother Kate today. An expert surgeon has suggested the scar is likely to be left over from a birthmark.

John Scurr, a consultant surgeon at the Lister Hospital in London told the Daily Mail: “I really doubt it was any serious medical condition.

“I would say it is as a result of an arteriovenous malformation – a birthmark – being removed.”

Coincidentally, Prince William also has a scar in a similar position on his own face.

The Duke has previously been seen talking about it and jokingly calls the mark his "Harry Potter" scar.

The Prince is believed to have been injured by a golf club when he was 13.