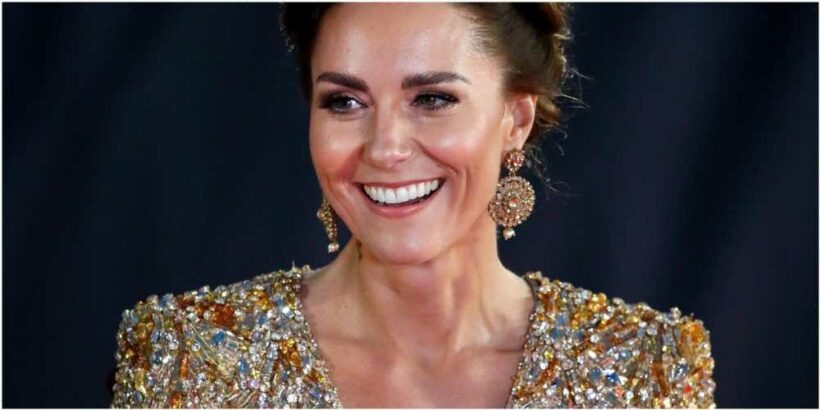 Catherine, Duchess of Cambridge walked the red carpet of the London premiere of the James Bond film No Time to Die in a showstopping, $5,000 gown. The Duchess of Cambridge glittered and shimmered as she stood alongside husband Prince William at the event held at the Royal Albert Hall. In attendance at the event along with Kate and Prince William were Prince Charles and his wife, Camilla Parker-Bowles. 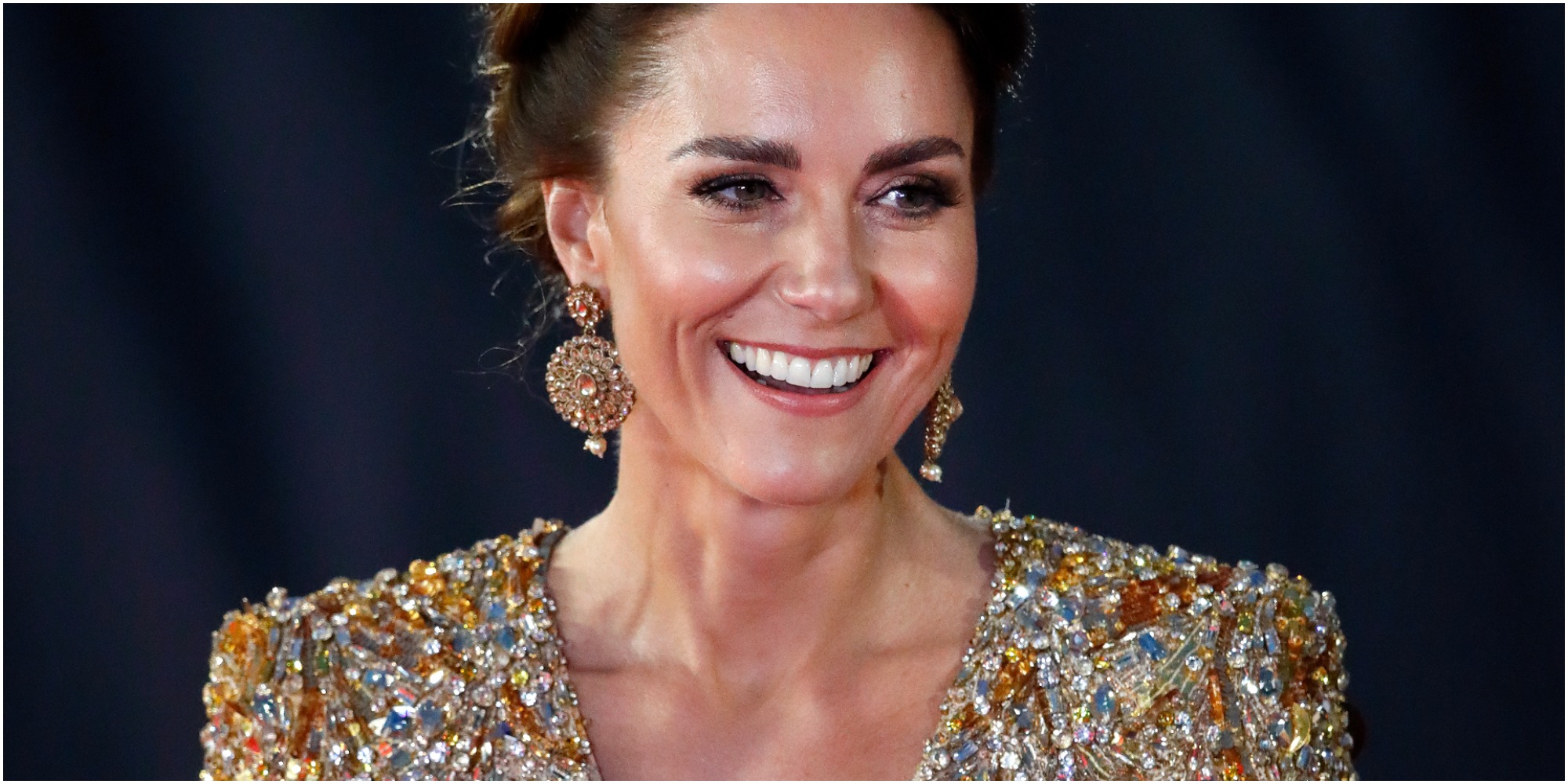 To help dress her for the exciting red carpet event, Kate enlisted the help of her favorite designer, Jenny Packham.

Packham’s designs have been a go-to for the Duchess of Cambridge for many years. The British fashion designer was primarily known for her bridal gowns.  Her clothing has since evolved into ready-to-wear and couture pieces.

Kate has worn both custom pieces and ready-to-wear designs from Packham over the years. These included a blue polka dot dress she wore outside the hospital after delivering her son Prince George in 2013. She also wore a buttery yellow dress after the birth of her daughter Charlotte in 2015.

The Duchess opted for Packham’s design in 2012 at the Greatest Team Rises event. She wore a bespoke version of Jenny Packham’s ‘Aspen’ gown, made of silk chiffon, with an ornately embellished waist.

The Duchess of Cambridge’s gold gown cost over $5K

Express reported that the Duchess of Cambridge’s gold gown had sheer panels and gold sequin detailing. The dress featured architectural shoulders and a flowing train.

In addition, the deep vee neckline of the gown highlighted the Duchess of Cambridge’s decollete. The skirt was semi-sheer.

The gown was accessorized with gold earrings by O’nitaa and nude heels by Aquaruzza.

Most importantly, the metallic look was a bold choice for the Duchess, who typically wears simpler pieces.

Express reported that the dress had already sold out.

The premiere of No Time to Die was delayed for more than a year due to the pandemic.