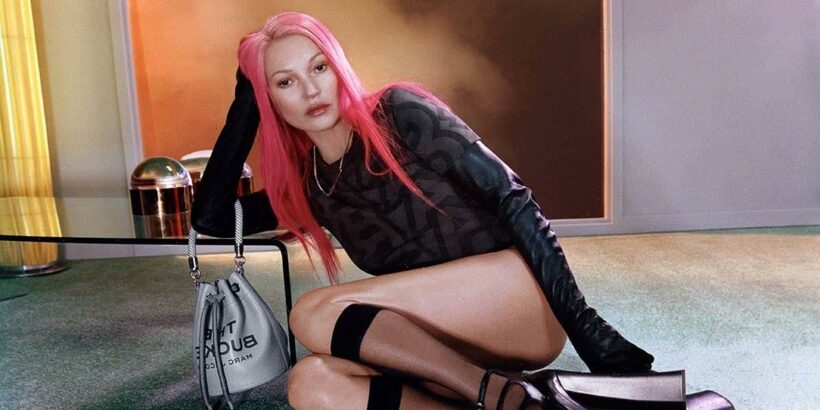 She’s still got it! Kate Moss proved she will forever be one of fashion’s hottest It Girls in a new campaign for Marc Jacobs.

For the luxury label’s resort 2022/2023 ad, Moss, 48, commanded attention in a hot pink wig, which she had styled bone straight. As she showed off the electric ‘do, the catwalk queen posed with the brand’s Bucket Bag, which is designed with full grain leather, a rope top handle and a leather strap.

Moss, who was dressed by Danielle Emerson and photographed by Harley Weir, also donned a T-shirt, leather gloves and towering platform heels, called the Kiki boot. For her glam, the U.K. rocked a dewy face, glossy lips and arched eyebrows. 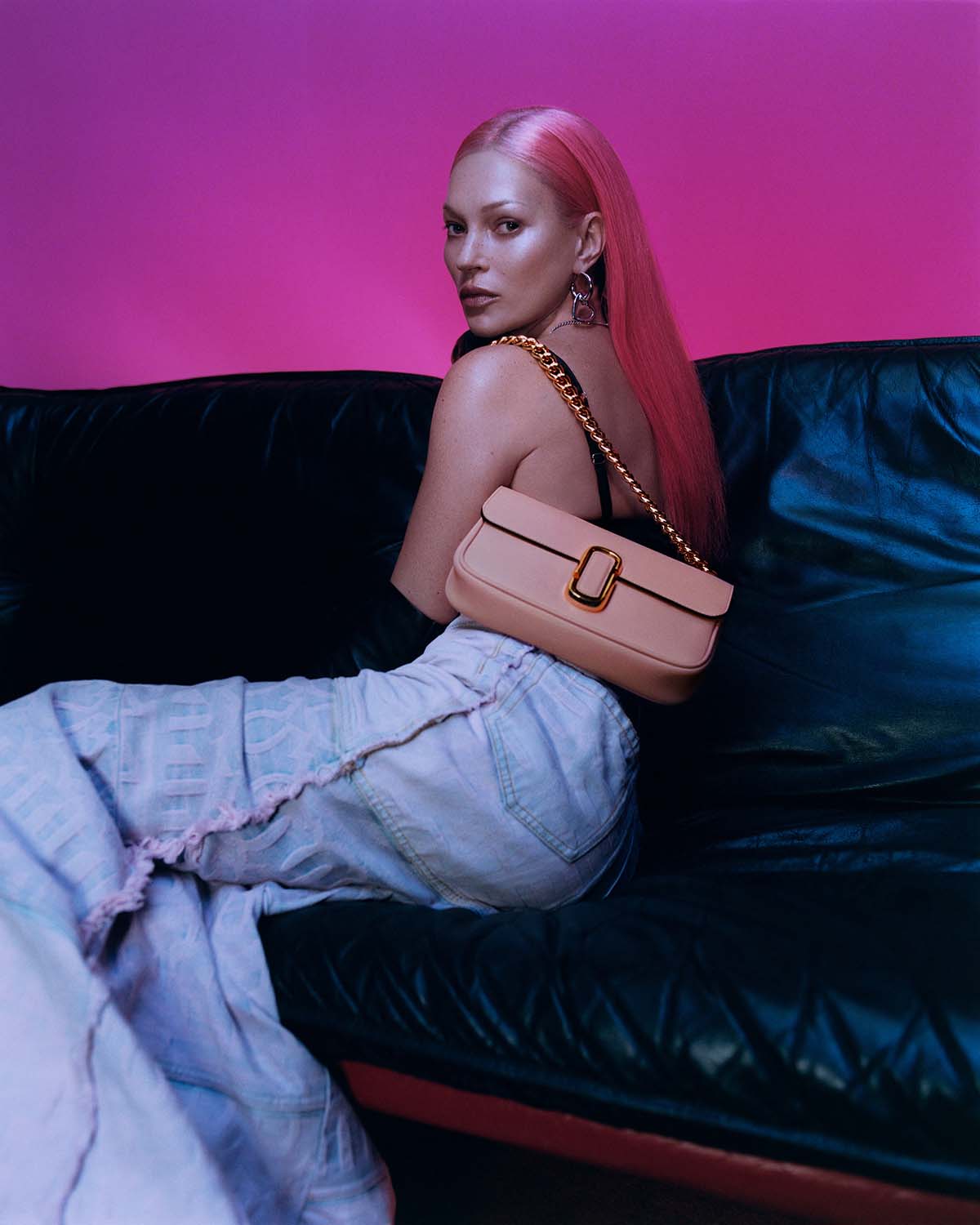 The runway star has long been a muse for Marc Jacobs, having starred in her first campaign for the fashion house in 2000. Her fuchsia crown also isn’t new.

Moss previously donned rosy locks while strutting her stuff down the spring 1999 Versace runway. She opened up about the dramatic hair transformation in an interview with ShowStudio in 2014, explaining that she only had the color for “one week.”

“I had pink hair because Donatella [Versace] said, ‘I want you for an exclusive for Versace and Versus,’” Moss shared. “[She told me], ‘You’ve got blonde hair and I want you to change your hair color.’ So, I was like, ‘I’m not going to go red or something normal, but I’ll go pink.’”

While Moss enjoyed the change, she had to quickly transition back to blonde for a Calvin Klein show. “[He was like], ‘I don’t think so. You’re going to have to go back blonde or brunette.” The moment, however, lives on through a photograph in her book, Kate: The Kate Moss Book.

The blonde beauty kicked off her career in 1988 at age 14 and made her runway debut for Dolce & Gabbana in 1992. She has since walked for Saint Laurent, Alexander McQueen, Fendi, John Galliano, Prada and more.

More recently, Moss made an appearance in Bottega Veneta’s spring 2023 presentation in September, rocking a flannel shirt, a white tank and baggy jeans.

About Last Night: See the Best Dressed Stars on the Red Carpet and Beyond

In addition to her many memorable fashion show moments, Moss has served as a timeless style inspiration. In November, she took a major fashion risk — and nearly avoided a wardrobe malfunction — while partying in London. Moss was a glistening sight in a sparkly “naked” dress, which she wore to her Diet Coke party. (The U.K. native was recently appointed creative director of the beverage brand.)

Her sultry gown was adorned with metallic beads and featured a plunging neckline. Moss opted to go topless under the look, allowing the low-cut bodice to almost reveal her chest. She paired the piece with a long black coat, a velvet clutch and shiny pumps