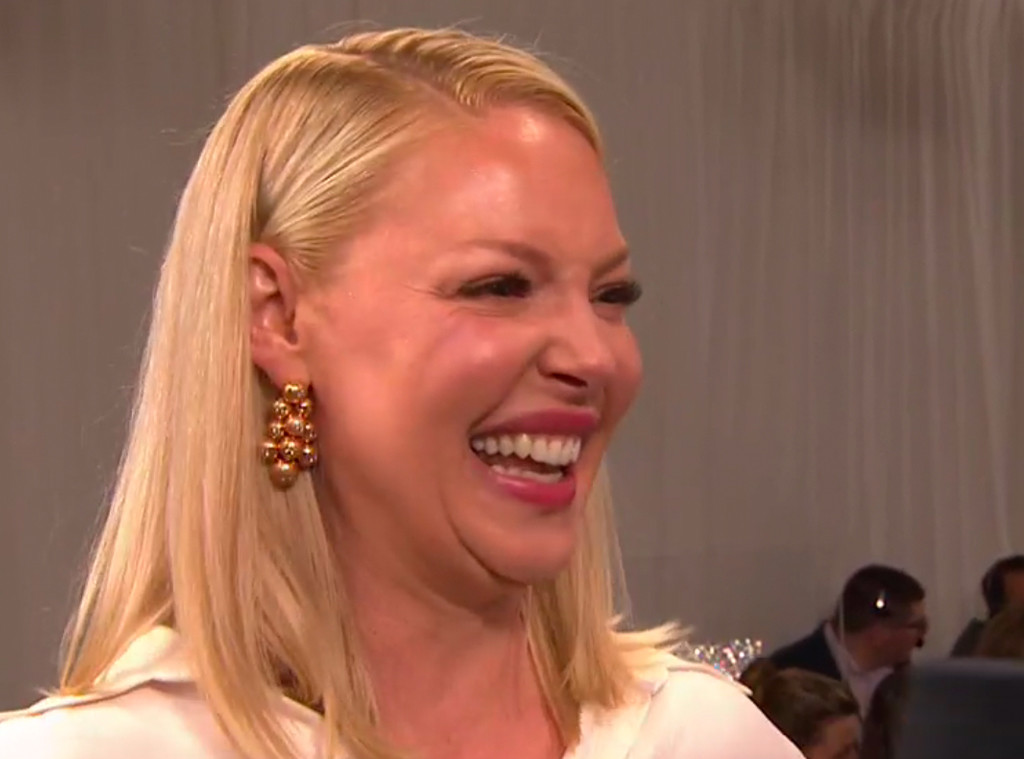 Meghan Markle will marry Prince Harry this Saturday at St. George’s Chapel in Windsor Castle. With the Suits star retiring from acting, Katherine Heigl is joining the legal drama for season eight.

The 39-year-old actress talked about joining the cast while walking the red carpet at NBCUniversal Upfront 2018.

“I’m a giant fan of the show, and the actors, and what they do and the stories,” she told E! News Giuliana Rancic. “So, I get to walk into something I know I already love and it’s just been thrilling.”

Heigl admitted she’s “kind of geeked out about” getting to “peek behind the curtain” of the USA Network show. So, how did the Grey’s Anatomy alumna end up landing the dream role?

“My mom, actually,” she replied, adding that she often works with her mom, Nancy Heigl. The 27 Dresses star said her mother “instigated” the move and that the two called the show’s creator. Still, Heigl wasn’t afraid to ask for what she wanted.

“We didn’t know at that point if it was going to go into an eighth season,” she added. “So when he said, ‘I’m going to be busy with the eighth season,’ I was like, ‘Really? Do you need anybody? ‘Cause I’m available.’ I totally pitched myself.”

In fact, Heigl said she’s going to start advocating for herself more often.

“I’m going to do that all the time,” she said. “I’m just going to call everybody—the showrunners of all the shows I love and be like, ‘Do you need a new character?'”

(E! is part of NBCUniversal).