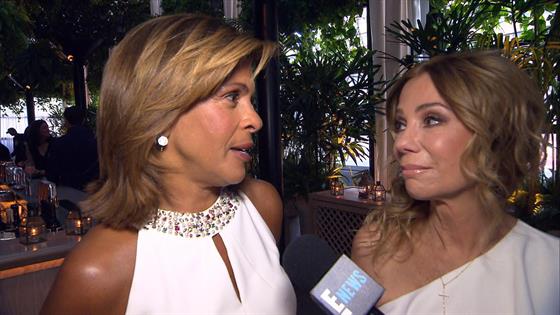 After more than a decade of Kathie Lee Gifford on Today, her TV family is preparing to say goodbye.

The longtime Today co-anchor is finishing her time on the morning news program with her final days next week, perfectly timed with her 11-year anniversary on the network alongside Hoda Kotb.

With just days left before Gifford’s exit, her famous colleagues, among them Savannah Guthrie, Carson Daly, Al Roker and Kotb, had nothing less than praise for their beloved friend.

“When she walks in a room, she changes it and when she steps into your life and holds your hand, she changes it,” Kotb told E! News’ Jason Kennedy of her longtime TV partner. “It’s hard to think that I won’t get to see her in the mornings. I’ll still see her, but I’ll miss her. I’ll miss everything.”

As Guthrie explained to E! News at a farewell event held for Gifford on Tuesday night, people are so impacted by her exit because “she’s one of the most generous people you’ll ever run across…she’s this huge star, but she’s not afraid to share herself and share her sparkle and share her fame and share what she has to lift other people up.

She continued, “I think she’s really the soul of our show and we love being here to toast her.”

For Daly, their bond began when Gifford interview him for her podcast. “What I didn’t know about her that I discovered was her deep sense of faith and I also have an incredible sense of faith and we really went there,” he recalled of their conversation.  As he explained to E! News, he was impressed by how gracefully Gifford grieved when her husband Frank Gifford died in August 2015.

“She was literally like the first person I thought about after my mother suddenly passed away and I prayed to God…’Please give me some of that grace that Kathie Lee had when Mr. Gifford passed,” Daly said. “That’s the deep kind of stuff when you talk about—what kind of woman is she? What kind of co-worker is she? She’s a saint.” 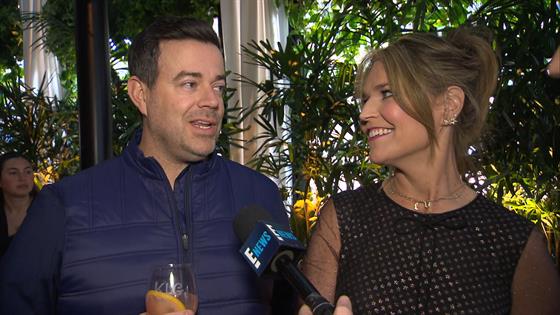 “She really is all about a life well lived,” Roker told E! News. “She’s gone through so many things and she continues to thrive. She is a lesson in grace, of humor, of honesty, of faith, so I don’t have any other story other than the fact…what you see is really what you get and I don’t think you can pay anybody any higher a compliment.”

Dreyer first saw Gifford long before she worked with her in the Big Apple. “I grew up watching Kathie lee with my grandmother,” the meteorologist recalled. “If my grandmother was still alive to know that I was at the party for Kathie Lee when she’s leaving the Today show…these are so many dreams coming true, so it really is a celebration at least for me to have had the opportunity to work with her and call her a colleague and call her a friend.” 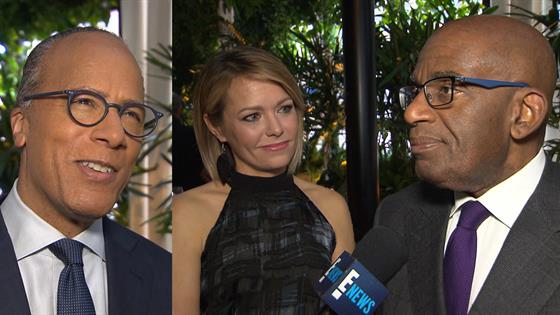 And while the group is sad to see Gifford go, another member of their TV family is taking on a new role.

“Jenna [Bush Hager] and Hoda, they’re going to create their own magic,” Guthrie said of her colleague tasked with the newly open position. “They click. You have two people who are hilarious, totally themselves, totally confident, totally authentic who just want to share themselves with the world and I think that’s the secret sauce.”

In regard to Hager, “She didn’t just sail right into this,” Guthrie noted, recalling the former first daughter’s earliest work in her 10-year career at the network. “She really, really worked for it and so I’m thrilled for her.”

And if Gifford ever wants to come back, it sounds like they’ll welcome her with the most open of arms.

“I’m sorry to see her go and to break up this duo, but I understand why it’s time for her and everybody’s supporting her along the way,” former co-anchor Meredith Vieiratold E! News. “[If] she wants to come back at any time, I’ll guarantee the doors’ll be open. I’m sure they’re going to just leave them open and unlocked and if they don’t, she’ll break down the door knowing Kathie Lee.”