Kathy Hilton left fans worrying after purportedly taking to her husband Rick Hilton’s Instagram to ask for help while on a trip to Aspen with her “Real Housewives of Beverly Hills” co-stars.

Kathy commented, “Please call me I need to get out of here now!!!!!” on a post on Rick’s feed over the weekend, according to a screenshot posted by Queens of Bravo. 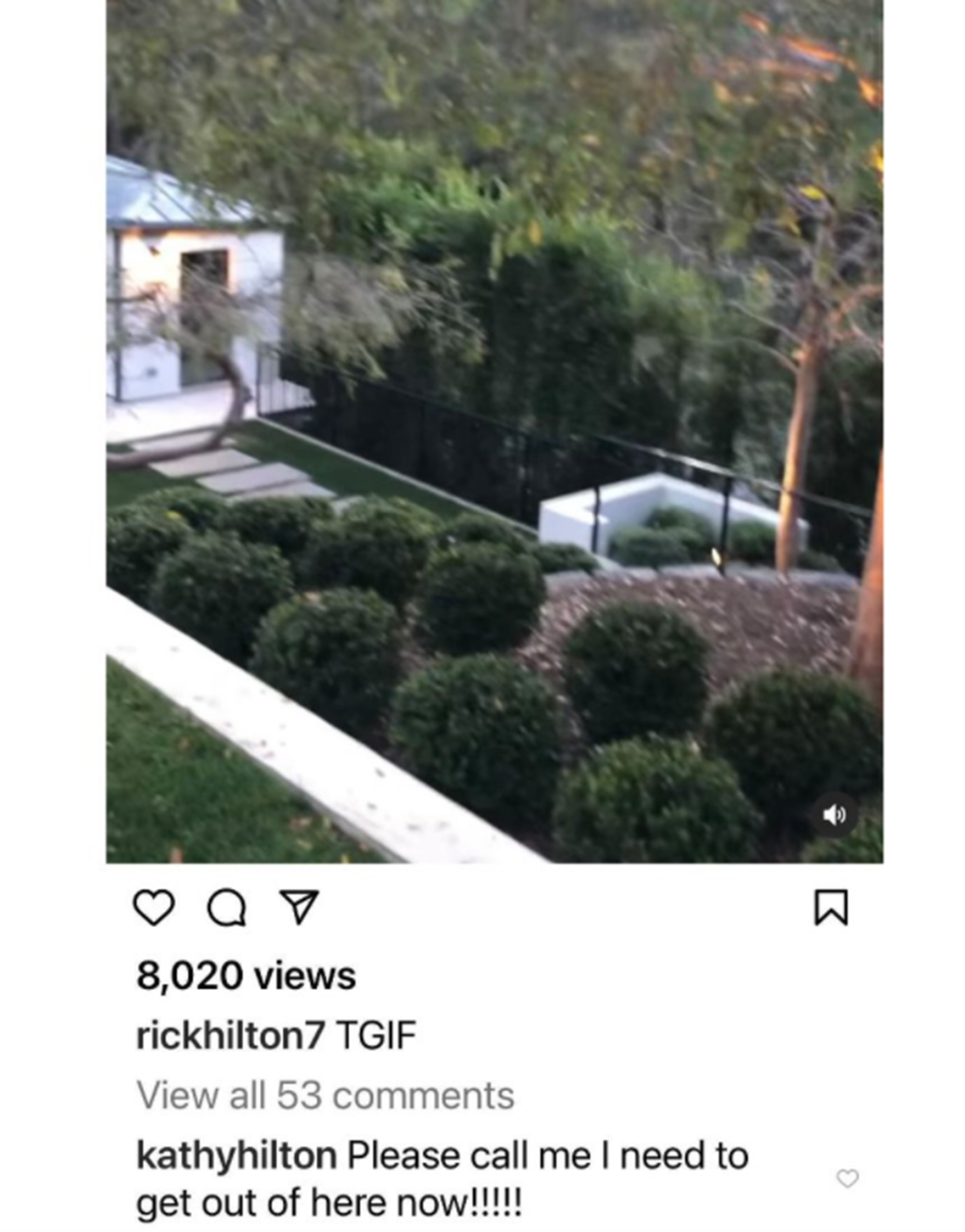 Although the ladies initially seemed to enjoy hitting the slopes and breaking for some retail therapy, it appears there was plenty of drama during the second half of their vacation, which will be featured on the show’s upcoming 12th season.

A local ran into the cast at a coffee shop Saturday and tweeted that “some s–t clearly went down” between them. The fan further claimed that “Erika, Dorit & Diana have left the house and haven’t been in contact with the other ladies,” but a source told Queens by Bravo that the trio were “still very much” in Aspen — just in a different location.

It’s unclear what situation Kathy was trying to escape from. Her rep did not immediately respond to Page Six’s request for comment. 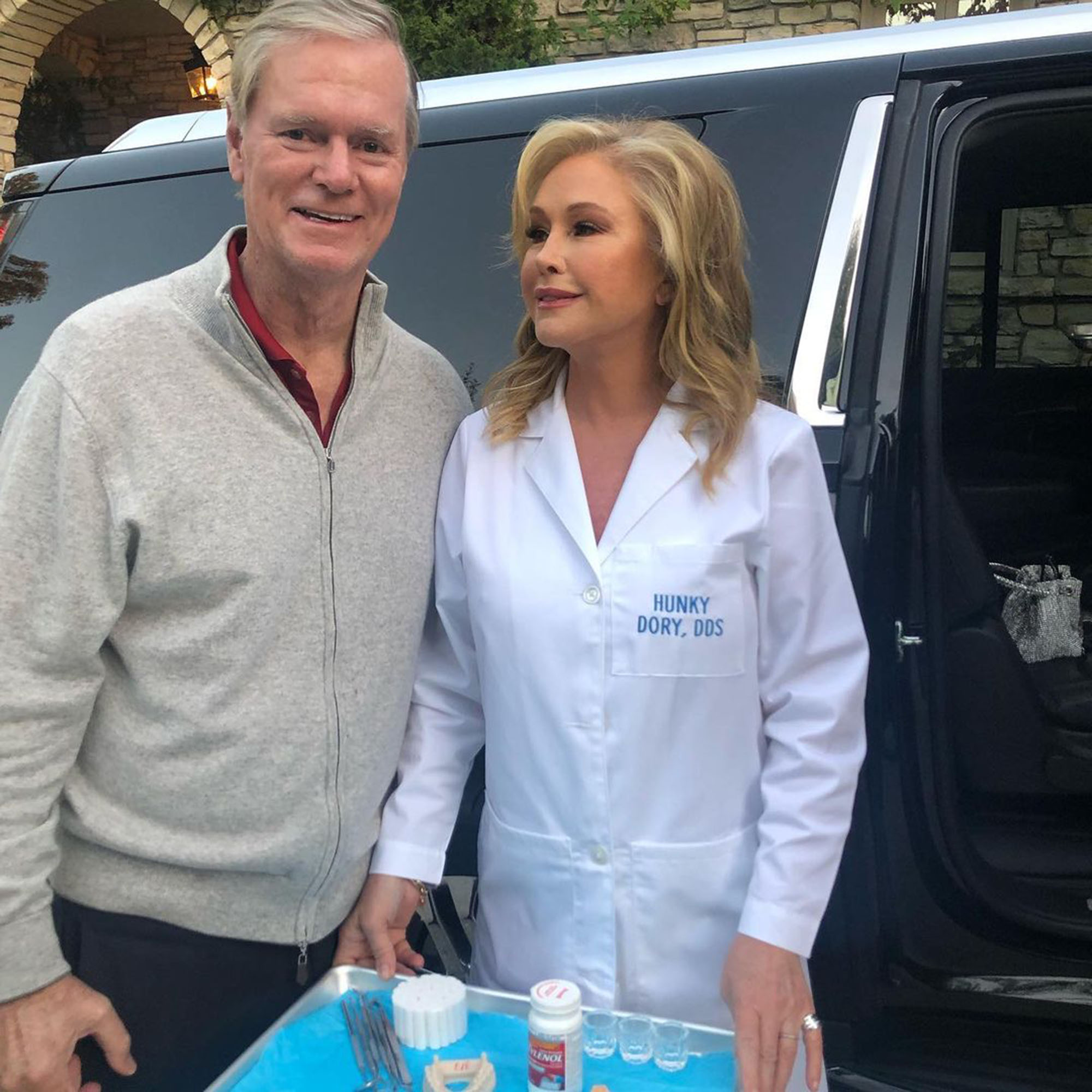 Kathy recently re-upped her contract as a “friend of” the cast, agreeing to make several appearances in Season 12 after reportedly negotiating a higher paycheck. The deal was said to have been hammered out just in time to start filming after the holidays.

In November 2021, the fan favorite was rumored to have been holding off on returning to the series until producers agreed to cough up more cash.

Sources also confirmed at the time that production had been well underway without Kathy for several weeks, but Richards, 53, insisted her sister was just busy with her daughter Paris Hilton’s Nov. 11 wedding. 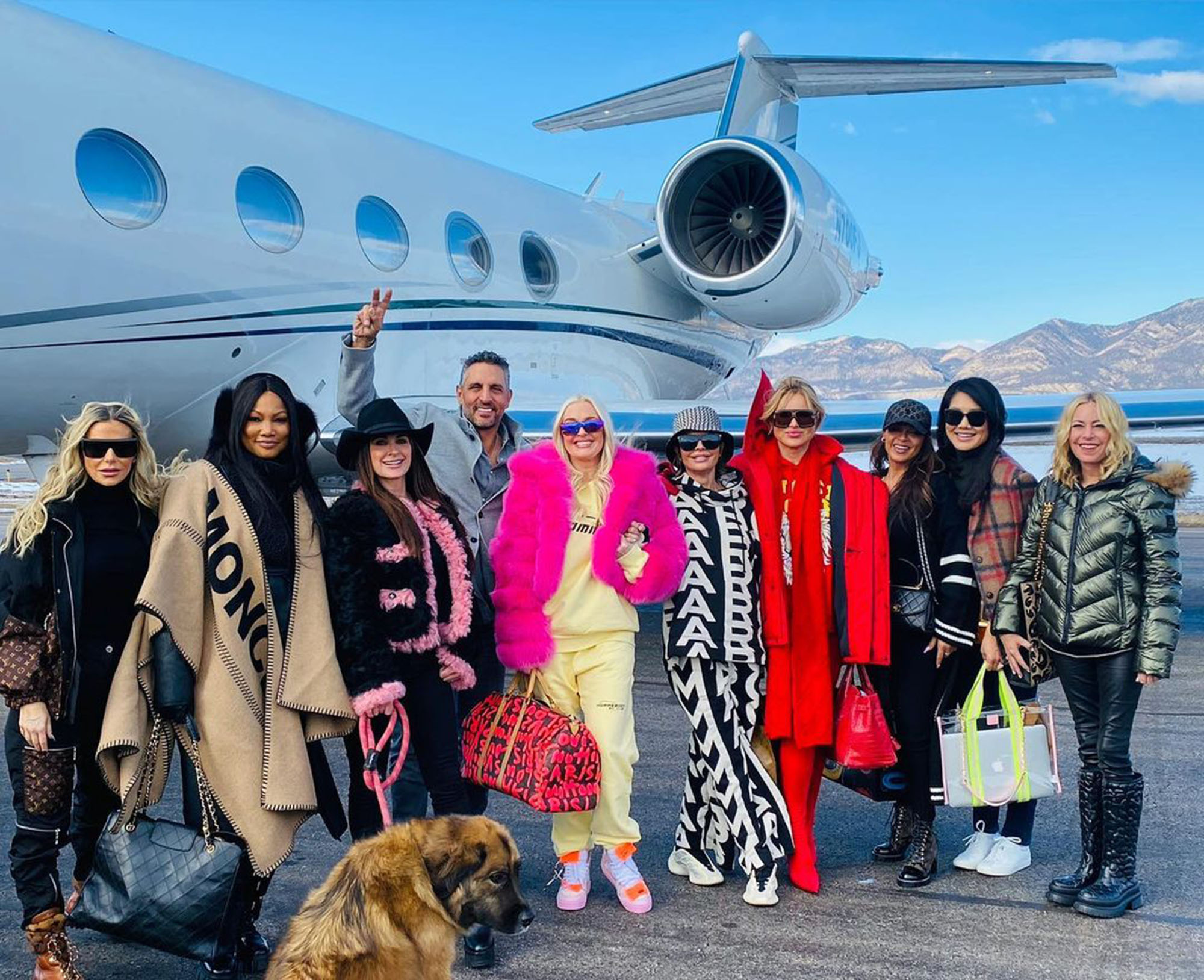 Kathy joined “RHOBH” as a “friend” in October 2020 for Season 11. A source told Page Six at the time that she didn’t want to be a full-time cast member because she thought it’d be “easier” to make appearances when she pleased.

Perhaps she wasn’t too thrilled to be in Aspen, though.