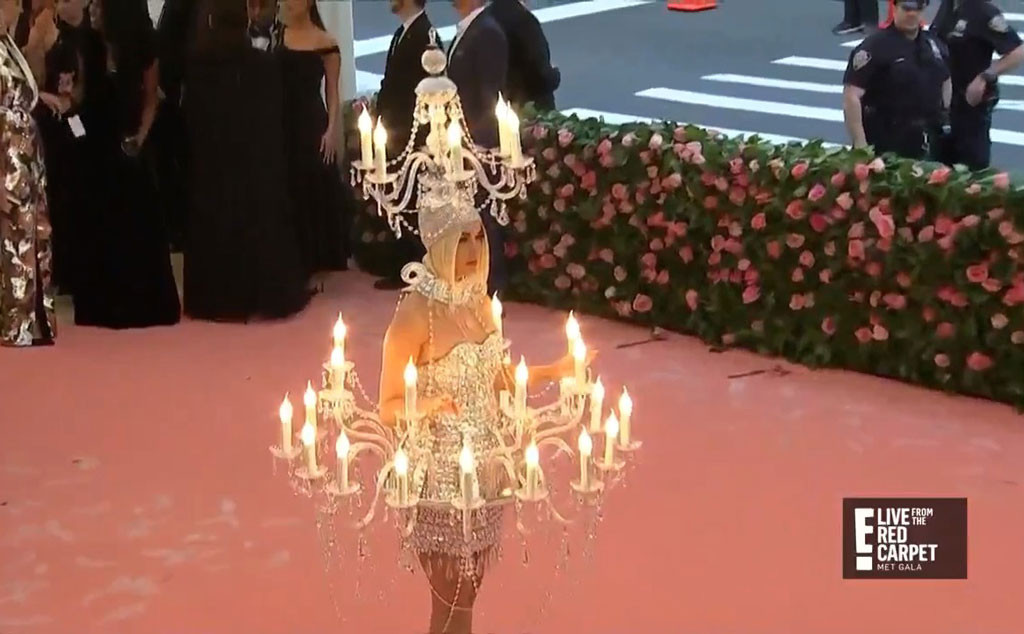 And that’s how you do the Met Gala, ladies and gentleman!

Katy Perry faced quite a challenge when it came to topping last year’s angelic number (she wore larger-than-life wings, after all), but there’s no denying the pop star rose to the occasion as she arrived to the Metropolitan Museum of Art on Monday evening.

Dressed trés on theme, which this year is “Camp: Notes on Fashion,” Katy lit up the red carpet in a double chandelier ensemble, designed by Moschino. The outfit, which caught the attention of everyone on the pink carpet, could be a nod to Beauty and the Beast‘s Lumière.

Katy was without fiancée Orlando Bloom, who proposed with a $5 million engagement ring in February, at the event on Monday. However, she did walk the carpet with Moschino designer Jeremy Scott. 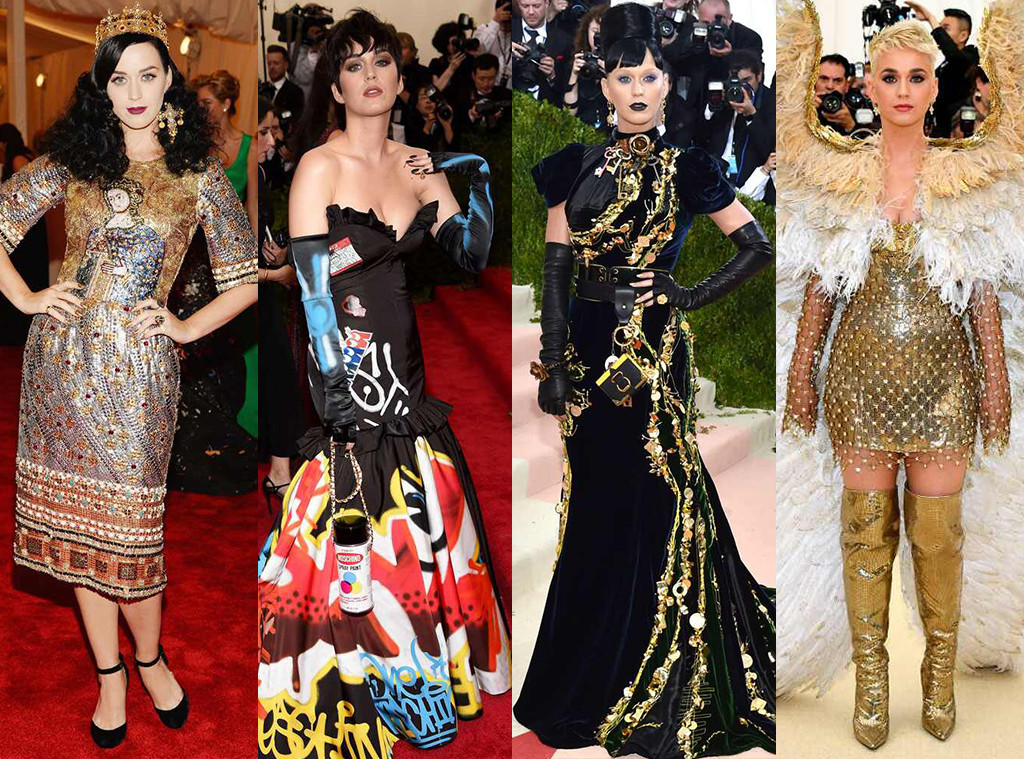 The “Roar” singer’s biblical-inspired beaded look by Dolce & Gabbana turned heads in 2013, as did her graffiti’d Moschino gown in 2015. One year later, Perry ditched her eyebrows (but brought a Tamagotchi) for the black and gold, high-tech inspired ensemble by Prada.

Vogue editor-in-chief Anna Wintour recently commented on the 34-year-old’s Met Gala evolution, saying, “She takes it to quite an extreme.”

Don’t miss E! News Tuesday, May 7 at 7 p.m. for a full recap of fashion’s biggest night!