“It was just like a tornado. It was everything happening at once.”

Katy Perry is taking a look back at her short-lived marriage to Russell Brand.

In a recent interview with “60 Minutes Australia,” the singer opened up about the “friction and resistance” in her 14-month marriage to Brand, nine years after their split in 2011. 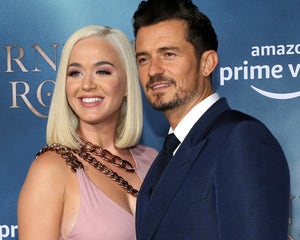 “It was the first breaking of my idealistic mind,” said Perry, 35. “I was having great success at 23, 24 and 25, and then I met someone that was interesting and stimulating. It was just like a tornado. It was everything happening at once.”

“I’ve always resonated with friction and resistance and challenges,” she added.

“I know that inherently [about myself],’ Perry explained. “Like, ‘OK, it’s gonna take a lot of work but oh, we’re gonna get somewhere great,’ or, ‘It’s gonna be a beautiful diamond. All this pressure is gonna turn into [that].'”

Perry and Brand, 45, split in 2011 after only 14 months of marriage. The singer then dated John Mayer from 2012 to 2015, before meeting Orlando Bloom in 2016. After dating for about 10 months, the couple decided to go separate ways in February 2017. The split didn’t last long as they were hanging out again by August of that year.

The pair got engaged on Valentine’s Day 2019 and revealed they were expecting their first child together last March. Perry and Bloom, 43, welcomed daughter, Daisy Dove Bloom, last week.

“It is a healthy frictional, very open, very communicative, nothing is swept under the mat type of relationship,” Perry said of her relationship with Bloom during her interview with “60 Minutes Australia.”

“Even to the point where it’s like we should probably walk into the other room to discuss something where we disagree because we’ll just do it in public,” she added. “But I think if we can get to the ends of our lives together, we’ll be each other’s greatest teachers.”

“Dating is different. Weekend lovers, that’s fun, that’s candy,” Perry concluded. “This is solid. This is like the main course.”

Watch Perry’s full interview with “60 Minutes Australia” in the video, above!