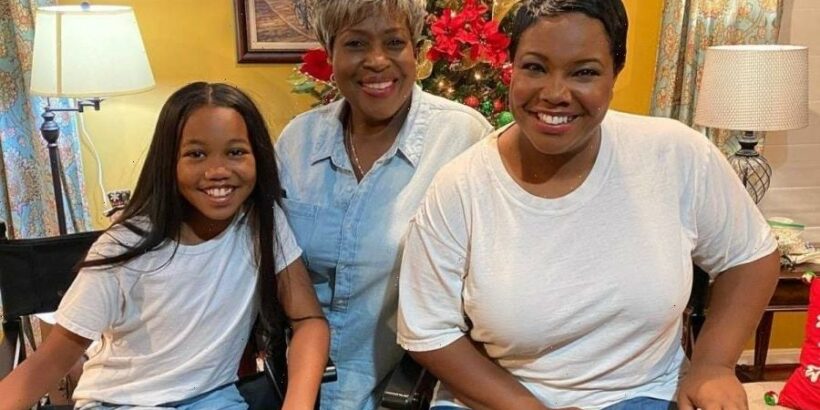 Merry Switchmas is a film about identical twin sisters who switch places during their parents’ annual Christmas party. Before the night ends, the two learn a lot more about their family and themselves. It is unclear what role Jackson will play in the film, Williams is both supportive and excited about her daughter’s movie opportunity.

In celebration of her daughter’s success, Williams went to Instagram with a photo of her daughter, as well as a beautiful picture of herself, her daughter and her former television mother, Jo Marie Payton.

“Three generations (Me, Jo Marie, and my daughter) on the set of Merry Little Switchmas,” Kellie captioned on the nostalgic photo.

Payton played Harriette Baines Winslow, the strong-willed and compassionate mother of the Winslow family on the long-running ABC and CBS sitcom, Family Matters. For nine seasons, Payton and Williams, along with their cast mates, gave families across America amazing television moments every Friday evening.

Many fans of Family Matters expressed their excitement from seeing Laura and Harriette Winslow reunited on the set of Jackson’s upcoming movie. One person wrote “we want a reboot,” while another said, “you just about have me praise dancing this awesome Sunday morning! I can’t wait to see this!”

Although we may not ever see a reboot of the classic sitcom Family Matters, we can look forward to the film debut of Laura Winslow’s real-life daughter. Written by Gabrielle Collins, the Christopher Nolan directed Merry Switchmas is slated for release on December 9, 2021.