The reality star poked fun at her skills via Twitter Thursday after her failed attempts on Hulu’s “The Kardashians” went viral.

“Kendall Jenner trying to cut a fcking cucumber is the most tragic thing I’ve ever witnessed,” one viewer wrote, which Kendall retweeted.

During the episode, the 818 Tequila founder awkwardly tried to slice up the vegetable while in the kitchen with her mom, Kris Jenner.

“Be careful, because I nicked myself the other day,” the concerned momager said while watching Kendall closely.

She continued, “I’m definitely not a good cutter so don’t zoom in on me. I’m not professional whatsoever.”

As Kendall’s fingers crept closer to the blade, Kris quickly called for backup.

“Hey, chef. Do you want to cut this up for her?” she yelled out.

Naturally, fans on Twitter couldn’t get enough of the hilarious moment.

”About an hour ago, I witnessed Kendall Jenner attempt to cut a cucumber on my tv screen. It made me feel a little superior but mostly poor,” joked one observer.

“Kendall Jenner trying to cut a cucumber has to be the funniest thing I’ve seen all week, it’s hard being rich!” tweeted another critic, to which a follower replied, “Possibly one of the easiest things to do in the kitchen.”

Another viewer weighed in, adding, “Obsessed with Kendall Jenner trying to prove she’s not an out of touch spoiled rich girl by insisting on making her own snack and almost dislocating her shoulder trying to slice a cucumber.” 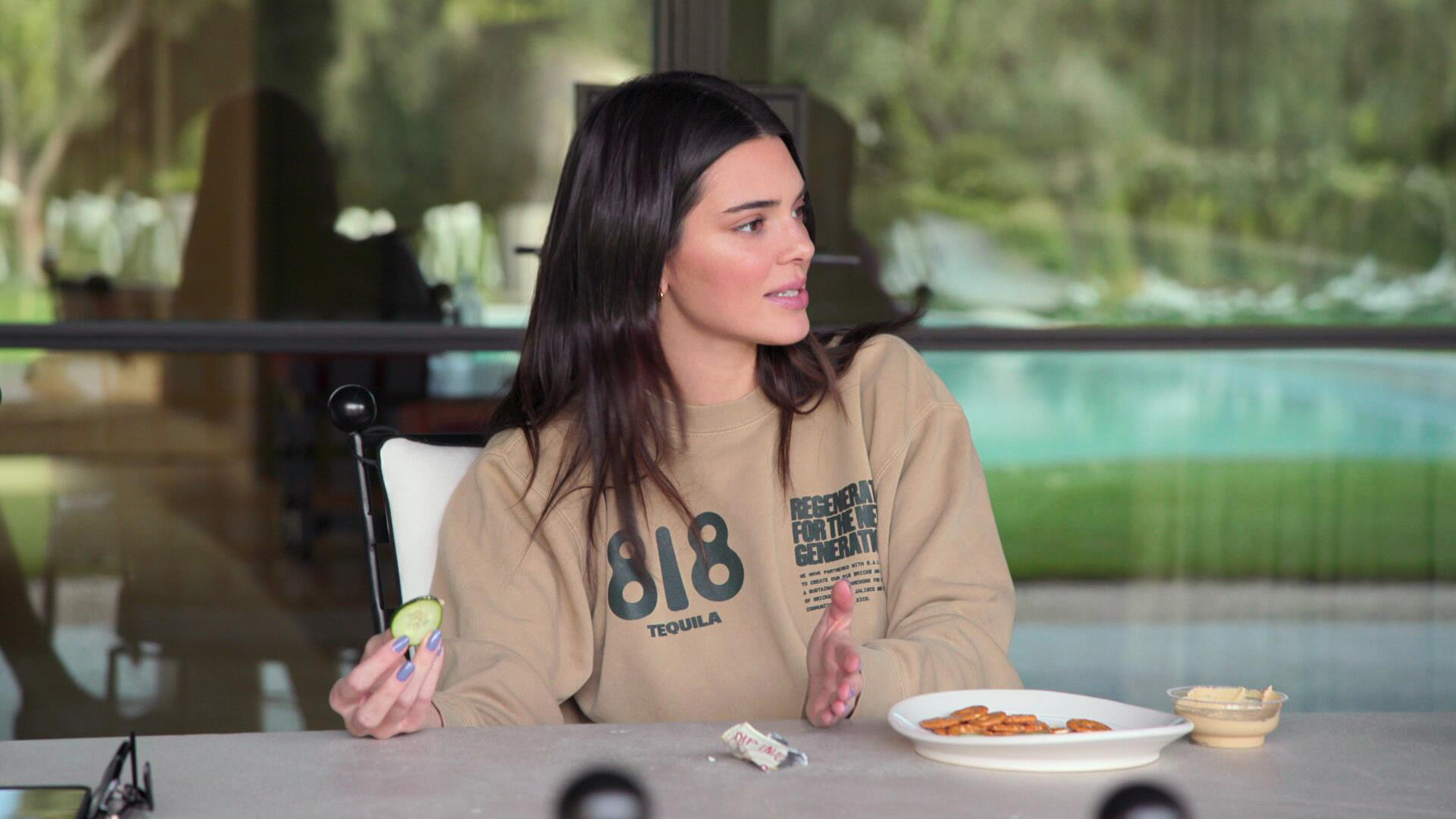 The latest episode of “The Kardashians” also featured Kim Kardashian addressing the anxiety she’s felt around styling herself after filing for divorce from Kanye West in 2021.

The rapper, 44, allegedly told the Skims founder, 41, that the leather Skims x Fendi dress  she wore to the WSJ. Magazine Innovator Awards in fall 2021 looked like one worn by fictional character Marge Simpson.

“He called me afterwards. He told me my career is over,” she recalled. “And then he showed me a picture of Marge Simpson wearing something similar.”