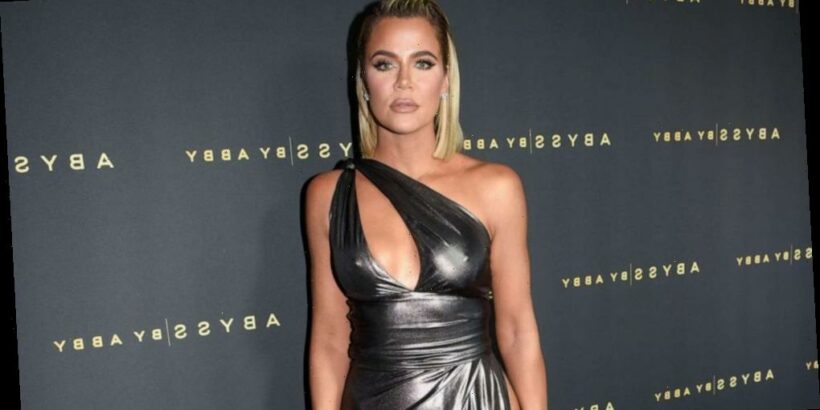 Khloe Kardashian is speaking out after receiving criticism and negative remarks over an unauthorized photo that surfaced over the weekend.

On Wednesday, the 36-year-old Good American founder showed off her body in an Instagram post with the caption, “PS Yes I did a live to show you all this isn’t photoshopped,” along with the tongue sticking out emoji.

The post included two videos of Khloe showing her figure as well as a lengthy message addressing body image issues and why she wanted the leaked photo removed from the internet.

The alleged leaked photo pictured Kardashian smiling in a swimsuit. Many previously criticized Kardashian on social media for her attempts to remove it online after it was leaked, suggesting she was contributing to body image issues by hiding the unfiltered photo.

In her post, Kardashian said she thought the leaked photo of herself was “beautiful” but she is entitled to want it removed.

“When someone takes a photo of you that isn’t flattering in bad lighting or doesn’t capture your body the way it is after working so hard to get it to this point, you should have every right to ask for it to not be shared – regardless of who you are,” she wrote.

The “Keeping Up With The Kardashians” star mentioned criticism she’s faced, including claims she relied on surgery to achieve her slim look, trolls calling her the “fat sister” and comments people have made claiming that the late Robert Kardashian is not her real father because of her physical appearance.

“In truth, the pressure, constant ridicule and judgment my entire life to be perfect and to meet other’s standards of how I should look has been too much to bear,” she continued.

She also acknowledged that as a public figure, she is aware that her life is on constantly on display. “Oh but who cares how she feels because she grew up in a life of privilege. She’s also on a reality show so she signed up for all of this,” Kardashian wrote, acknowledging comments critics have made. “I’m of course not asking for sympathy but I am asking to be acknowledged for being human.”

Khloe Kardashian confirms she had coronavirus in video

She said that her body has constantly been subject to judgement throughout her time in the public eye.

“For over a decade now in photos, every single flaw and imperfection has been micro-analyzed and made fun of to the smallest detail and I am reminded of them everyday by the world,” she wrote. “And when I take that criticism to use as motivation to get myself in the best shape of my life and to even help others with the same struggles, I am told I couldn’t have done it through hard work and I must have paid for it all.”

Kardashian also said that she is not going to let comments dictate the images she chooses to share of herself.

“I love a good filter, good lighting and an edit here and there,” she wrote. “The same way I throw on some make-up, get my nails done, or wear a pair of heels to present myself to the world the way I want to be seen and it’s exactly what I will continue to do unapologetically.”

“My body, my image and how I choose to look and what I want to share is my choice,” she added. “It’s not for anyone to decide or judge what is acceptable anymore.”