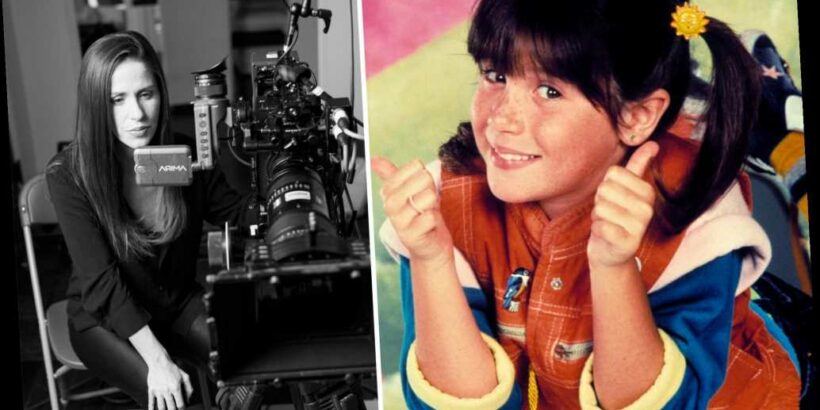 Call it the Punky Posse.

Frank Sinatra had his Rat Pack. Rob Lowe had his Brat Pack. And as a new documentary reveals, child actor Soleil Moon Frye — star of the 1980s sitcom “Punky Brewster” — once had her own exclusive group of showbiz pals.

“Kid 90,” which is directed by Frye and premieres Friday on Hulu, chronicles her story from child superstar to washed-up teen to 44-year-old mother of four.

What sets this documentary apart is its mind-blowing original footage.

As a teen growing up in Los Angeles, Frye began carrying a video camera with her wherever she went — truly, wherever. She recorded drunken fights with friends, wild parties, diner meals and boring car rides. She also claims to have saved nearly every answering machine message she ever received.

The mountain of footage has sat hidden away in a storage locker for some 20 years.

Now, Frye has decided to “unlock the vault.”

The unwitting co-stars of this footage are her luminous group of friends at the time, an all-star cast of ’80s and ’90s Hollywood teen actors, including Leonardo DiCaprio (one of the film’s executive producers), Mark-Paul Gosselaar from “Saved by the Bell” and Balthazar Getty of “Lord of the Flies.”

“We did the things that teenagers did,” Frye says in the film. “We just happened to be in Hollywood.”

At 18, Frye left LA for New York, where she enrolled in the New School and immediately fell in with a new group of celebrities — the skaters who star in Larry Clark’s 1995 movie “Kids.”

Below, a glance at the Punky Posse’s core members.

“There were like 12 kids in the business, so we all knew everyone,” the now-47-year-old former child star Green says in the film. Green can be seen goofing off on a trip to SeaWorld with Frye, as well as in present day, discussing what he says was the lowest point of his global fame: the release of his poorly received 1996 hip-hop album.

Where he is now: Following roles in “Beverly Hills, 90210” and a marriage to Megan Fox, Green is now a panelist on “The Masked Dancer.”

Frye says that she lost her virginity to Sheen when she was 18. After she moved to New York City, he became her “Mr. Big,” squiring her to exclusive events, such as opening day at Yankee Stadium.

Where he is now: Sheen takes occasional movie and TV roles and is still drinking tiger blood.

Frye dated House of Pain rapper, born Daniel O’Connor, at the height of his “Jump Around” popularity, and he can be seen in the film drinking, smoking and driving expensive cars.

Where he is now: Frye reconnects with a more chilled-out O’Connor at his house in Oklahoma. He continues to work in the music industry.

“I just hope he doesn’t find my gun,” the “Growing Pains” and “Baywatch” actor cracks when she and Frye are pulled over by a cop. “Do you have anything on you?” Frye asks. “Drugs?” Lewis asks. “Got some of those, too.”

Where she is now: She’s a founding member of rock band Rilo Kiley and is a successful solo musician.

“It got dark,” Arquette says in the film of his teen partying, which included smoking heroin.

Where he is now: After his debut in the 1990 TV series “The Outsiders,” the actor starred in the “Scream” series and continues to appear in film and TV.

The actor, perhaps best known for his role in 1993’s “SeaQuest DSV,” became a teen heartthrob. Frye says revisiting the old footage made her realize how blind she had been that many of her friends were hurting “and needed to be heard.” In one answering machine message, Brandis says plaintively, “If I could come over for the holidays, it would be my pleasure.”

Where he is now: Like several of Frye’s friends from her youth, he is no longer around. Brandis died by suicide in 2003 at age 27.

Frye became tight with the “Roseanne” star when they were both children, and the two remain close. “Why do you have so many hours of boring video tape,” she snarks at Frye while washing her hands in a bathroom.

Where she is now: She currently stars in the “Roseanne” spinoff, “The Conners,” and she created the daytime show “The Talk.”

The future “Entourage” star can be seen in the film using a cutting-edge car phone to call “Mike and Leo” before he and the group head for a day out at Six Flags Magic Mountain.

Where he is now: He directed 2018’s “Gotti,” one of the few movies to ever receive a 0 percent approval rating on Rotten Tomatoes.