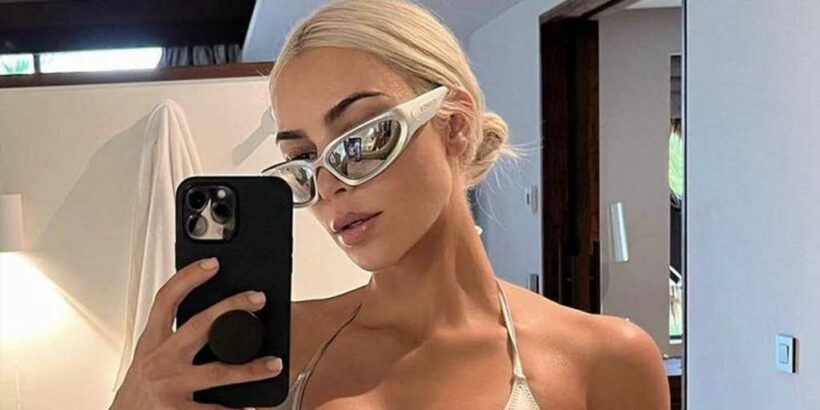 The reality star's hairstylist Chris Appleton described Kim's retro 'do as "the one haircut I never thought I would be doing on Kim."

Kim Kardashian’s latest SKIMS swimwear campaign may be her hottest yet.

On Friday, “The Kardashians” star shared sizzling shots from a photoshoot for her brand’s upcoming metallic swimwear drop. And for the sexy shoot, it appears that Kim got a retro, blonde bombshell makeover — and she absolutely slayed. 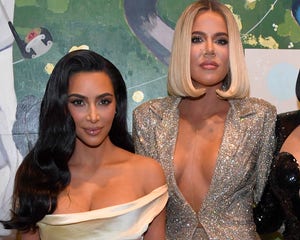 However, Kim’s wild hair transformation was the standout of the shoot. For the campaign, the reality star rocked a voluminous, old-school bombshell hairstyle that would make Farrah Fawcett proud.

While it’s unclear whether or not Kim is wearing a wig in the shoot, Kim’s hairstylist Chris Appleton called Kim’s ‘do “the one haircut I never thought I would be doing on Kim.”

Meanwhile, many fans and celebrities alike commented on Kim’s post that featured the hot bikini shots.

See several photos from the SKIMS swimwear shoot in the Instagram posts, above, and below.

Kim also shared what appeared to be a behind-the-scenes image from the photoshoot on her Instagram. In the photo, which can be seen at the top of this post, the SKIMS founder took a mirror selfie of herself sporting a metallic bikini and matching silver sunglasses, with Kim’s abs and toned figure on display.

Speaking of SKIMS, Kim announced on her Instagram Stories last week that she’d be making the crotch area of her bodysuits wider following input from her sister Khloe, who previously said it was not accommodating for different body types.

“@khloekardashian it’s your lucky day!!!” Kim wrote on her Instagram Stories. “I’m in a @skims design meeting and we’re going to widen the shapewear bodysuit Vagina area just for YOU.”

The reality star could then be heard saying in the video: “Khloe, you would be so proud. I’m in a full SKIMS shapewear meeting and guys, we are making the vagina part in the bodysuit thicker – wider, sorry.”

Later on in her Stories, Kim zoomed in on the crotch region of one of her garments, saying, “Just for you, Khlo, widening it.” 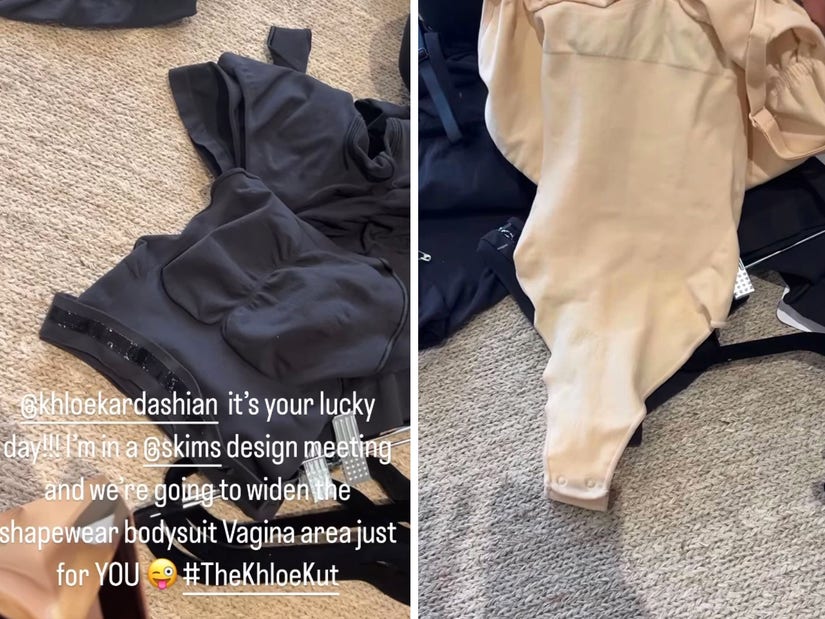 Khloe complained about the coverage area of the SKIMS bodysuit this past April in an episode of their Hulu show “The Kardashians.”

Khloe, who once nicknamed her camel toe Camille (which she later changed the spelling to Kamille), said her sisters “make fun of me for having a bigger vagina than most.”

She then said she was actually wearing the bodysuit at that moment “and it’s amazing, but it’s a sliver – is it supposed to just cover my cl-t?”

“The vagina needs a little more fabric,” she told Kim, “Just a little wider, and for all you little bitches, why does it matter?”