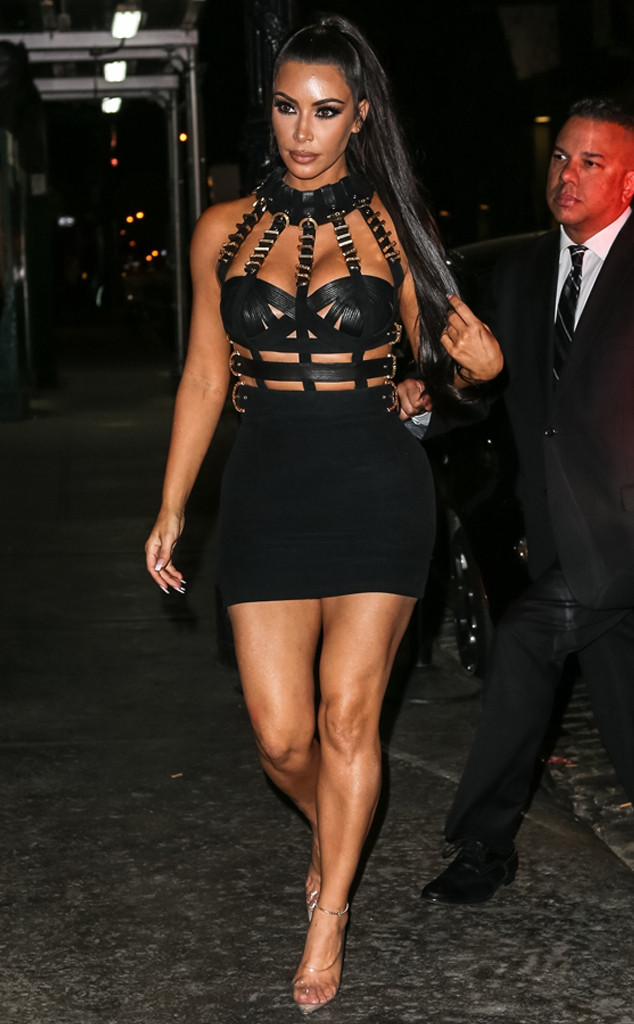 “Love you babe wish you were here with meeeeee but you’re only finishing up five albums,” the Keeping Up With the Kardashians star tweeted that evening.

Of course, the reality star had her family and friends to keep her company. Kylie Jenner attended the gala with her boyfriend Travis Scott, and Kris Jenner and Kendall Jenner were there, as well. Kim also shared photos of her hanging out with Sarah Jessica Parker, Donatella Versace, Cardi B and power couple Jennifer Lopez and Alex Rodriguez. 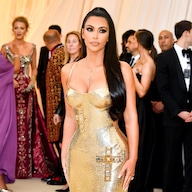 Kim wore a gold Versace gown with a cross on it for the “Heavenly Bodies”-themed event. She donned a half-up-half-down hairstyle and showcased dramatic, liner-rimmed eyes. She accessorized the look with cross necklaces. 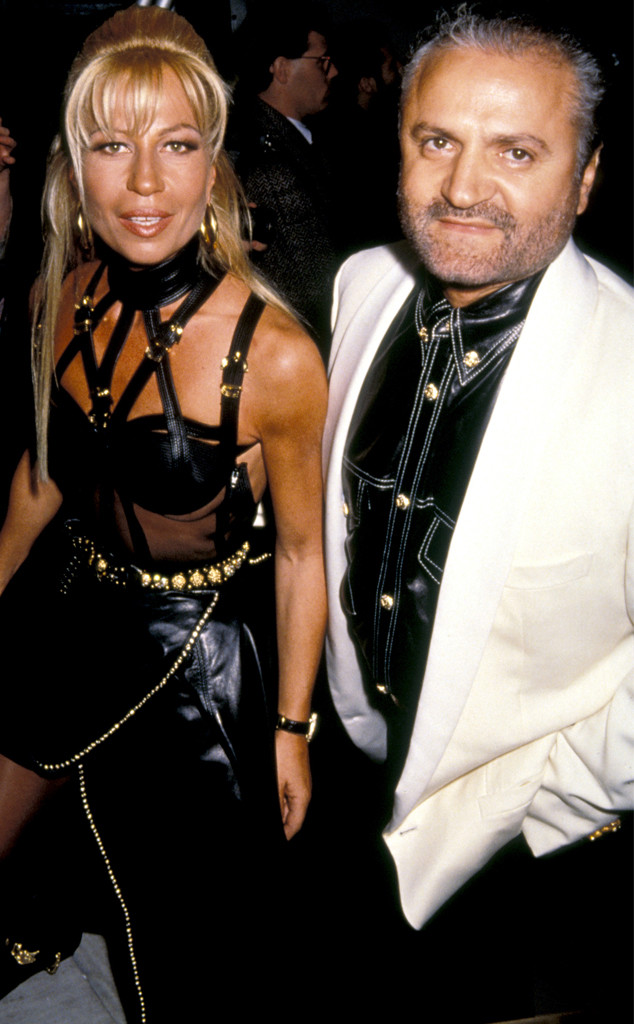 However, the fun didn’t stop once the Met Gala was over. Later on in the evening, Kim was spotted wearing a black bondage dress to an after-party. The dress may have been a slight nod to her Met Gala dress designer. Donatella once wore a similar black dress.