‘They had been through so much, they didn’t need to lose each other’: Parents to ten children adopt another SEVEN kids – after refusing to split up siblings who came from a neglectful home

A kindhearted couple has adopted seven siblings and given them a home together after the brothers and sisters spent more than one year separated in foster care.

Gary and Lisa Fulbright, from Derby, Kansas, had ten children of their own before they decided to adopt seven siblings from the same family, leaving them now with a total of 17 children.

The seven siblings, who range in age from age three to 12, were officially adopted by the loving couple and given a brand new home on Wednesday, April 10.

Incredible! Lisa and Gary Fulbright adopted seven siblings who came from a neglectful home – despite already having ten children of their own. The couple is pictured with ten of their brood 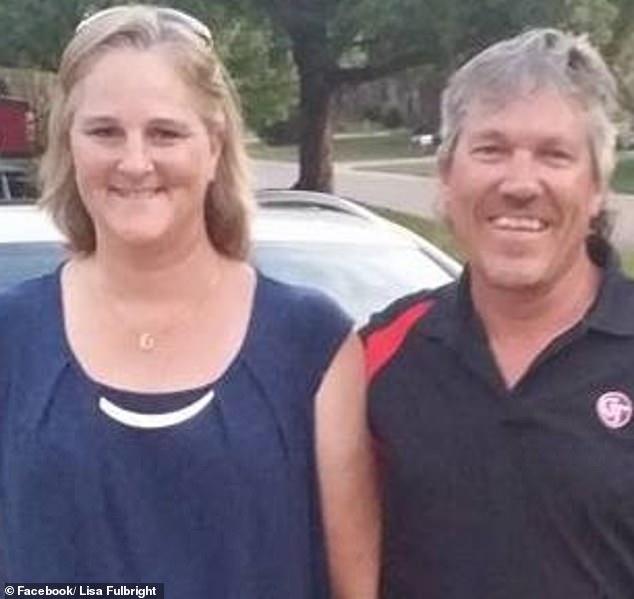 Kind: The loving couple, from Derby, Kansas, now have a total of 17 children – including seven from previous marriages, two kids they had already adopted, and one biological son together 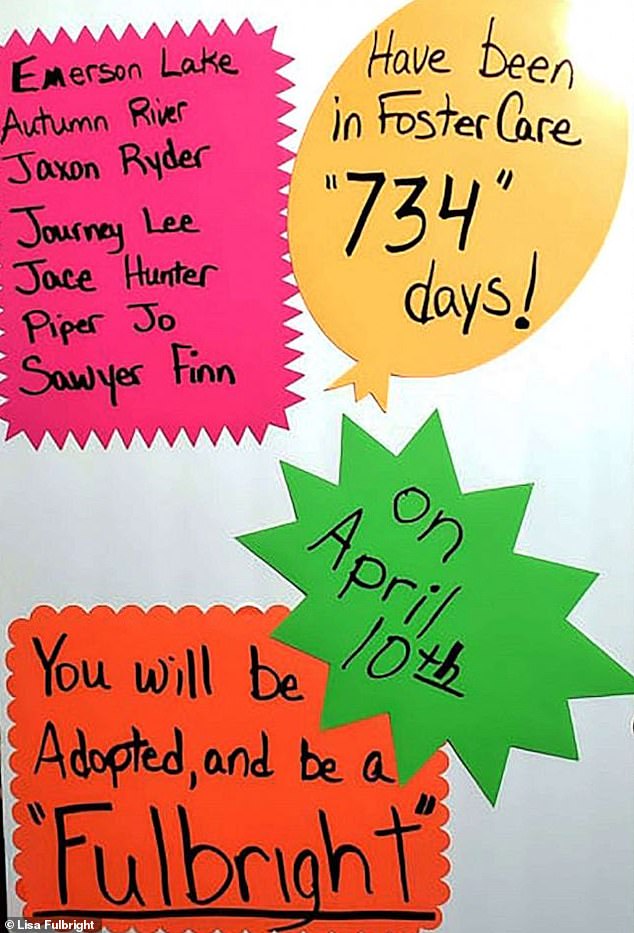 Speaking to Good Morning America about the special day, Lisa said: ‘Everyone was ecstatic, it was a full courtroom.

‘Autumn, she woke up this morning, stretched and her first words were, “I’m adopted!”‘ she added.

Both Lisa and Gary have seven children altogether from their previous marriages, as well as a biological son named Logan, 17, of their own.

All of the couple’s children, except Logan, have already moved out of the family home. This spurred the couple on to become foster parents, and in 2015, Gary and Lisa adopted two siblings – Levi, eight, and Hannah, ten.

The following year the couple’s family grew even larger when they took three brothers, Journey, Jaxon and Jace into their care.

On special occasions and holidays the couple would often invite their other siblings over the house so they could all be together.

In June 2017, Emerson and Autumn joined their brothers as they were adopted by Gary and Lisa. In February 2018 the youngest siblings, Piper and Sawyer, also joined the family.

Speaking to the publication, Lisa said she and her husband fell in love with the seven children. She added that the siblings came from a neglectful background, and were taken into care by the state of Kansas.

Gary and Lisa were then asked by Saint Francis Ministries, an organization that provides foster care and adoption services to children in state custody, if they would ever consider it an option to adopt all seven siblings.

Lisa and Gary decided immediately to adopt the kids, and made it official on Wednesday, April 10. The family even wore matching jerseys to honor the Kansas City Chiefs – their favorite football team. 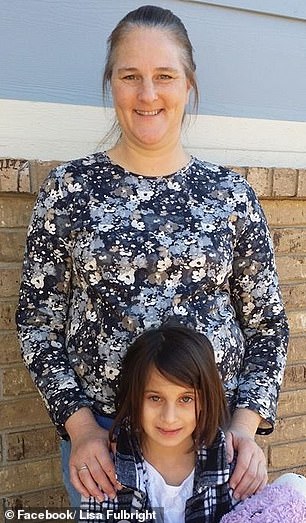 Heartwarming: Pictured with one of her granddaughters, Lisa said it was ‘important to keep’ the siblings together. She added: ‘They had been through so much they didn’t need to lose each other’

‘Not too many people are willing to adopt seven together and it was important to keep them together,’ Lisa said.

‘They had been through so much they didn’t need to lose each other,’ she added.

Lisa said she found it sad that the children had been ‘deprived’ of so many basic aspects of being a child.

Eager to improve their lives, the couple took the children roller skating, ice skating and to a movie for the first time.

Speaking to KAKE, Emerson, the eldest sibling, said: ‘It’s really cool that they would allow a lot of foster kids to be adopted at once. It’s amazing.’

The 12-year-old, whose birthday it is this week, added: ‘My mom would leave me for days at a time without being home, and I don’t know my dad.

‘He’s in Mexico, so it’s nice having a dad here I can spend time with,’ he added.

Emerson explained that, since being adopted by the kind couple, he has enjoyed many different experiences for the first time.

‘I’ve been on my first roller coaster. I’ve done amusement parks. I’ve done a lot of stuff that I didn’t have before. I would actually celebrate holidays,’ he said.

Since adopting the seven siblings, Lisa said things have been crazy, but that she enjoys it.

She said: ‘It’s kind of chaos but it’s a fun type of chaos because we just love them.’