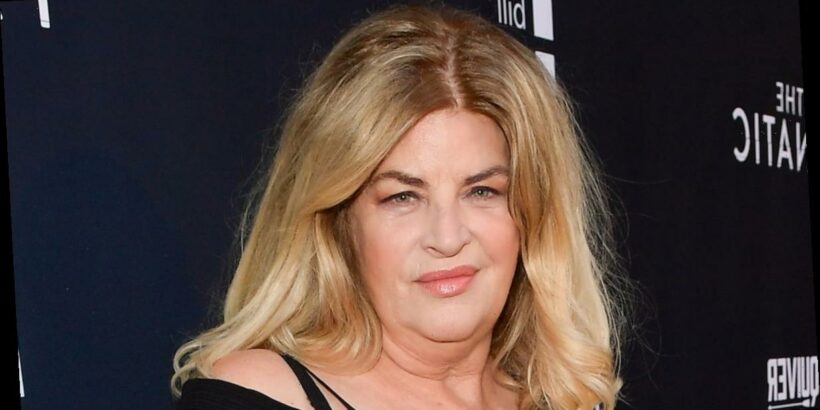 Kirstie Alley had some strong opinions after Donald Trump was permanently suspended from Twitter on Friday.

The social media company banned the @realdonaldtrump account, citing risk of the President’s tweets causing more chaos after a group of pro-Trump rioters stormed the Capitol building on Wednesday.

Celebrities React to Trump's Twitter Ban: 'We Did It'

“What’s your take Mr. Biden on TOTAL censorship of conservatives?,” the actress, 69, posted after announcing Twitter had “docked” her 30,000 followers. “I know that many times you have said you’re going to be the president of both parties. I really wish you would speak out and object to censorship on behalf of all people. Thank you”

“If you don’t think this is scary stuff & by U I mean all of US from whatever political persuasion then U are complicit to communism & DICTATORSHIPS,’ she shared in a follow-up tweet. “I trust that none of us on this timeline R OK with this purging and canceling. For those of you who think it’s Ok ur next. U’ll see”

The “Cheers” alum then asked Elon Musk for “help” in finding “new communication lines” after she claimed her Twitter followers were “going down by 10,000 an hour.”

“I wonder if You who applaud the censorship and cancelling of people Like Gen Flynn will be clapping so loud when you are too,” she continued. “That’s how these controllers work.. this is only the beginning.”

After Tucker Carlson posted his news editorial claiming CNN was calling for the cancellation of Fox News because the organization was “directly responsible for the violence at the U.S. Capitol,” Alley asked “which networks were responsible for all the months of burning looting destroying killing injuring terrifying bullying?”

“Def not Fox… but I guess all that stuff was peaceful,” she shared, appearing to reference recent Black Lives Matter protests.

By Saturday, the “mother, actress, Lover of CAPS, lemurs and off color language” was ready to continue her take on Twitter’s move, as she retweeted a post claiming an ACLU legislative counsel said social media bans could prove harmful to marginalized communities.

“ALL people should be concerned is the KEY here,” Alley wrote. “It’s true, the average person will no longer have a platform to speak their views. This is called SLAVERY. This censorship proves BIG TECH now holds the keys to the chains.”

Meanwhile, Facebook, Instagram, TikTok, Twitch, and Snapchat have all disabled Trump’s accounts on their platforms, according to Axios.