Would YOU fly business while your kids sit alone in economy? Kirstie Allsopp’s very honest admission sparks a heated debate – with many AGREEING with the controversial star

Television presenter Kirstie Allsop has sparked an impassioned debate on social media after revealing that while she enjoys the trappings of club class on some flights – including extra leg room and free drinks – her children are always firmly seated in economy.

The Location, Location, Location host, 46, has seen thousands of parents responding to her admission that sons Bay, 12 and Oscar, 10, – and older step-sons Hal and Orion – often take the cheap seats alone while herself and partner Ben Andersen stretch out in premium seats.

Last night, the star, who is said to earn £500,000 a year, defended how the family flies on social media, saying her children were ‘going on holiday, not to war’.

Allsop, who is no stranger to sparking debates on Twitter, added that the decision was based on the fact ‘we take a shed load of holidays and if they flew with me in Premium Economy or Club we’d be taking fewer holidays, less is more.’

While it’s unclear whether Allsop’s young sons travel entirely alone at the back of the plane, the property show presenter has spoken previously about an army of staff – including a nanny, a personal assistant, an agent and a cleaner – who all help her manage family life and her high-flying career. 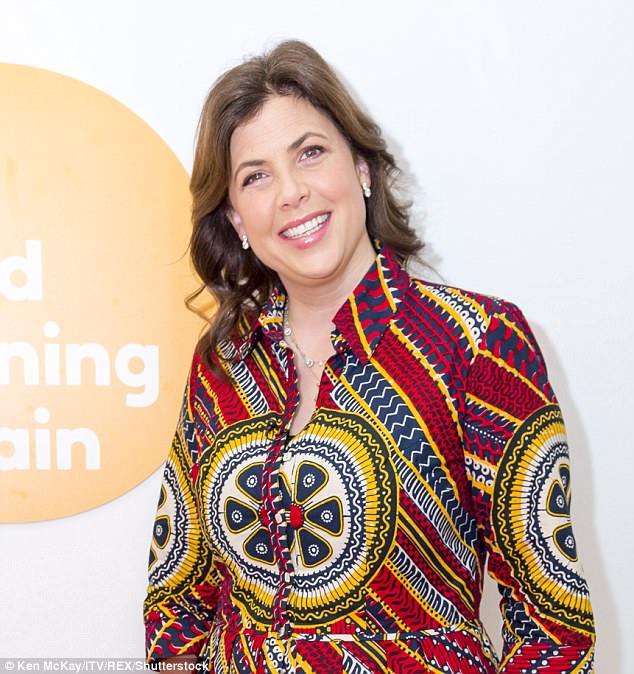 Separated: Kirstie Allsopp, 46, revealed she travels in business class and makes her children fly in economy on family holidays so not to ‘spoil them’. The presenter has two sons, Bay, 12, and Oscar, ten and two stepsons, Hal and Orion, with partner Ben Andersen 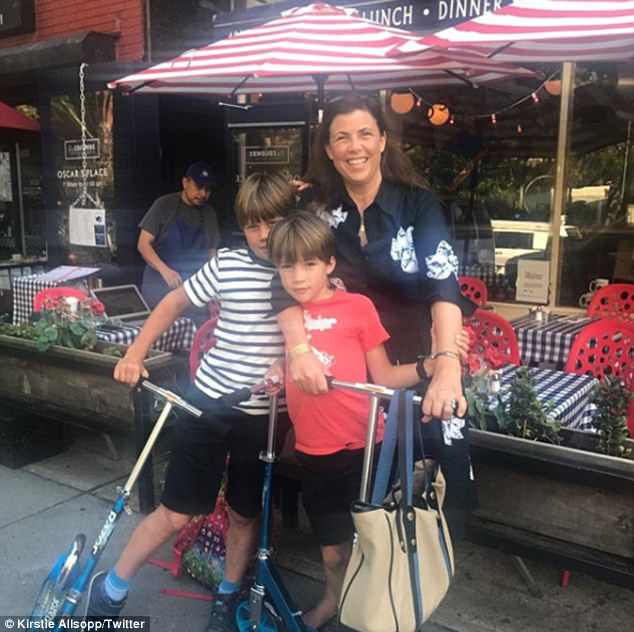 Kirstie – who reportedly earns £500,000 a year – told Good Housekeeping that she and partner Ben Andersen and don’t want their sons to ‘get used’ to the high life 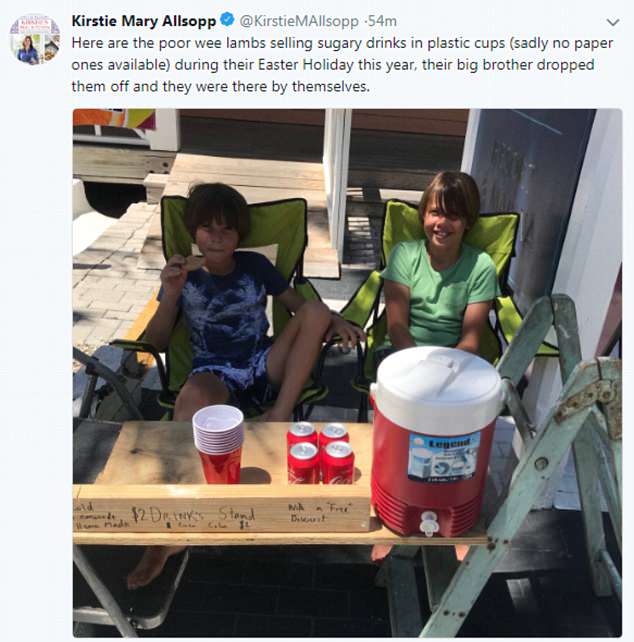 Continuing her comments on leaving children this morning, Allsop posted this happy snap of her sons selling drinks during the Easter holidays, saying: ‘their big brother dropped them off and they were there by themselves’

Kirstie told Good Housekeeping that she and property developer partner Ben Andersen, who she’s never married, don’t want their sons to ‘get used’ to the high life.

This morning, she recounted her own adventures flying alone with her brother at the age of eight, saying: ‘When I was 8 and my Brother 7, we flew from the UK to Bermuda as unaccompanied minors, only the 2nd time we’d ever flown, it was fantastic, we loved every moment, thrilled by the thought of the Bermuda Triangle.’

Of the separate seating, the TV personality said: ‘When we fly as a family, the boys do fly separately from Ben and me if we’re not in economy together’.

‘Club class should be a huge treat you’ve worked hard for. If kids get used to it, what do they have to work towards?’

On Twitter, thousands of people has now joined the debate on whether the presenter is being cruel or kind – or neither – to her offspring by making them turn right as they jet off on holiday.

@lauraewelsh waded in: ‘This @KirstieMAllsopp hooha about plane travel is a bit ridiculous seeing as EasyJet sat my 9yr old at the opposite end of the plane from the rest of us without even being asked to at Easter.’

@LadyNajaGirl was on Team Allsop, saying: ‘Agreed. I will use avios or if there’s a good deal on business/club I’ll treat myself… I see nothing wrong with Kirstie’s choices whatsoever.’

@JackqueAnn agreed, saying: ‘I really don’t see what the problem is here. My mum used to send me to fly out to visit family on my own…when I was 10! Not a single person complained about it and I had no qualms either.’ 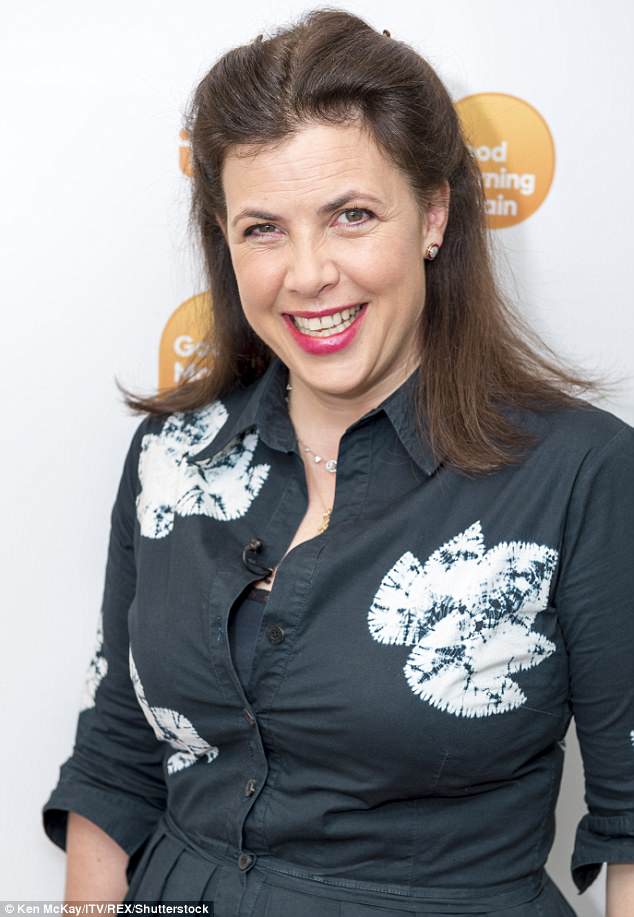 Taking to Twitter to further defend how her family holidays, Allsop told followers last night that ‘we take a shed load of holidays and if they flew with me in Premium Economy or Club we’d be taking fewer holidays, less is more’ 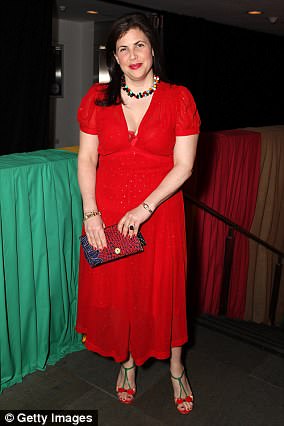 Here we go again! Kirstie is no stranger to Twitter storms…thanks to her frank views on family life

The 46-year-old star of Channel 4’s hit property show has a knack for firing up debate on social media, with the kids flying economy debate just the latest in a long line of storms in a Twitter teacup.

In 2014 she revealed she would advise her daughter to avoid university and instead focus on getting a flat, a boyfriend and having children.

The seasoned presenter, who has never married her property developer partner Ben Andersen, describes herself as a ‘passionate feminist’ but recently told Good Housekeeping magazine: ‘I never intended to have a career. I dodged all the career sessions at school and told the careers teacher that I intended to get married and have four children and I had no need for careers. I wasn’t going to be that person.’

Out of touch? Last year, the presenter riled homeowners by suggesting washing machines should be banned from kitchens

Kirstie famously riled up her followers last year for suggesting you shouldn’t have a washing machine in the kitchen on the grounds that it’s unhygienic, describing it as ‘disgusting’ on Twitter.

‘My life’s work is in part dedicated to getting washing machines out of the kitchen,’ she added in what she later claimed was a light-hearted comment.

As did @EmmaLowe89, who said: ‘I flew business for the first time at 29. You can’t possibly fully appreciate it as a child #wasteoftopupchampers.’

However, plenty of others felt that Allsop should be seated with her children. One, @mkingdon, argued: ‘This isn’t about kids being in the posh seats it’s about you not being there so you can sit with them.’

@shawtty64 added: ‘I agree you shouldn’t wrap your kids in cotton wool etc let them learn risks. But what makes you think you are better than your kids? ie you travel 1st class and your kids economy.’

@francescolbert2 chastised the telly star for appearing to hand over parenting duties to either her staff or cabin crew.

‘Parents should take care of their brood: ‘It’s the parents job to PARENT not the Cabin Crew! Those children need looking after on a flight.’

@xxmelbellexx wrote: ‘As an ex crew member I hated it when parents did this. One child spilt drink all over herself and the parents left us crew to sort it out…unfair on the crew or other pax who ended up as babysitters…while parents quaffed champagne in Club.’ 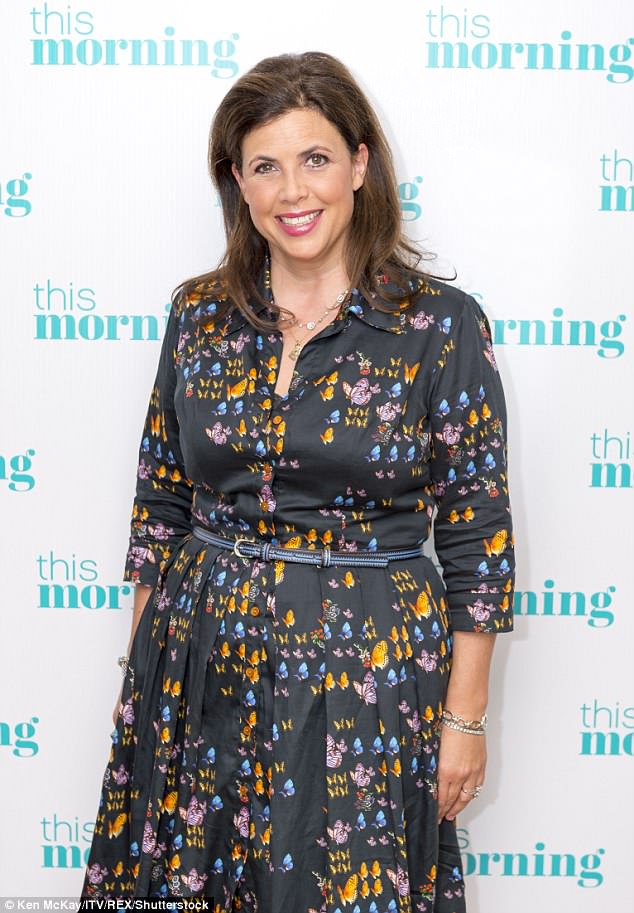 Opinionated: Kirstie also describes herself as a ‘passionate feminist’, and is also known for her outspoken views about family life

Kirstie called business class for children an ‘absurd waste of money and very spoiling’ and agreed with celeb chef Gordon Ramsay, who made similar claims last year when he refused to pay for his four children to join him in first class.

After an episode of his show The F Word, the famously short tempered chef raged: ‘Why does my six year old need a big f***ing seat, a 10 course menu with caviar and champagne in first class? It is my wife and I’s choice to keep them real’.

The Channel 4 star has been never been afraid to speak her mind on matters of family, career and home values, and caused quite a stir in December after suggesting women working in high-powered jobs instead of focusing on their family had made ‘a rod for our own backs’.

She has also admitted that she couldn’t juggle her career and family life without support from paid staff. She previously told the Daily Mail: ‘It would be disingenuous to pretend that when I get home today the pile of ironing is going to be my main concern. It’s important to be honest about that.’ 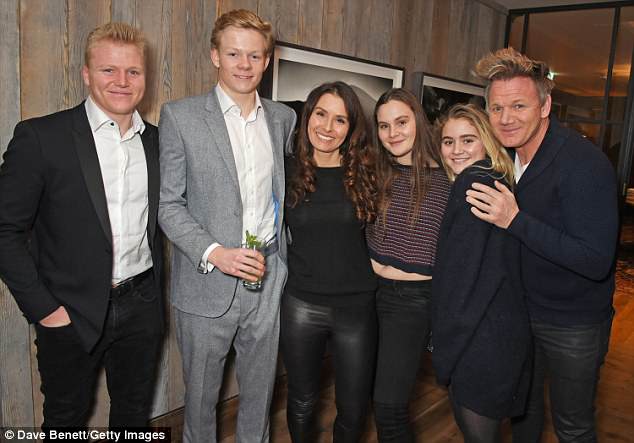