The new treat is made from ruby chocolate – the newest kind to be invented since white chocolate was created in the 1930s. 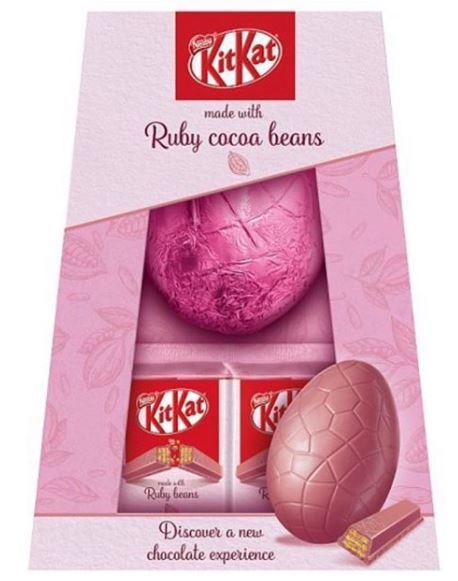 But this is the first time it has brought out an Easter egg made from the new type of chocolate.

Nestlé said the egg will be released later this month. The giant said an exact launch date hasn't been confirmed yet when The Sun asked.

The Easter treat has a recommended retail price of £10 for a 200g egg with two ruby chocolate 41.5g KitKat bars included too.

Tesco will set its own price though, so it could cost more or less when it does go on sale. 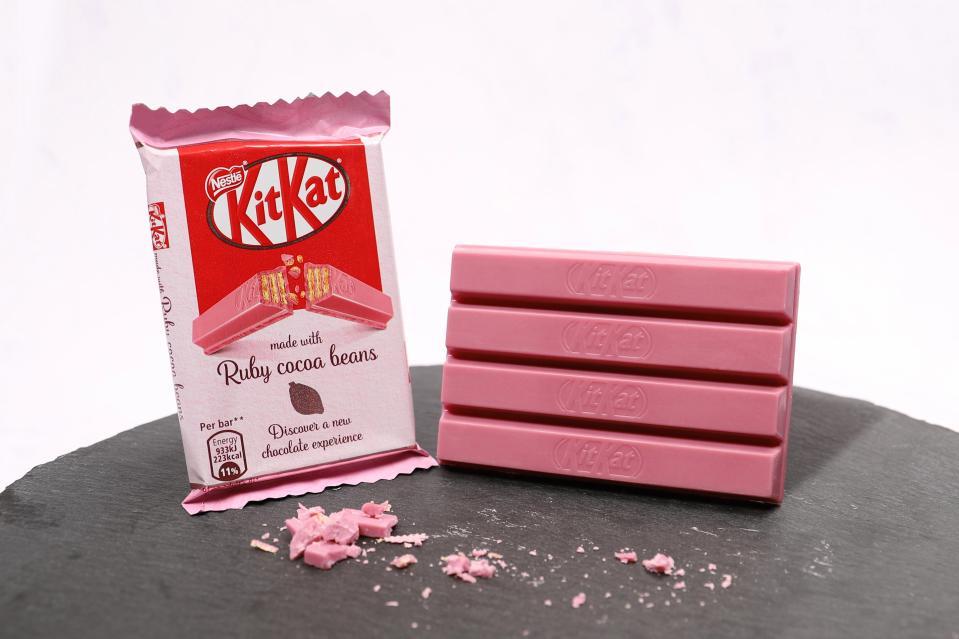 The new type of chocolate, which was invented by a Swiss scientist in 2017, is made from ruby cocoa beans.

It has an intense berry-fruitiness taste without any need to add any extra flavouring or colour.

Nestlé claims it was the first company to bring the new type of chocolate to the UK.

But posh chocolatier Prestat also launched a much pricier £3.25 ruby chocolate bar last year at about the same time.

Prestat is also selling a ruby chocolate Easter egg this year – but it will set you back £17.50 from Ocado.

The rose coloured chocolate was created by chocolate giant Barry Callebaut but scientists across Belgium and France have spent decades perfecting it, before it was launched to a panel of chocolate experts in Shanghai, China.

When it comes to KitKat bars, Nestle often roll out new flavours to try, like the lemon drizzle flavoured one spotted in Asda and the New York Cheesecake flavoured KitKat Chunky.

Meanwhile, Mars has launched a Bounty Easter egg with bits of coconut inside the shell.