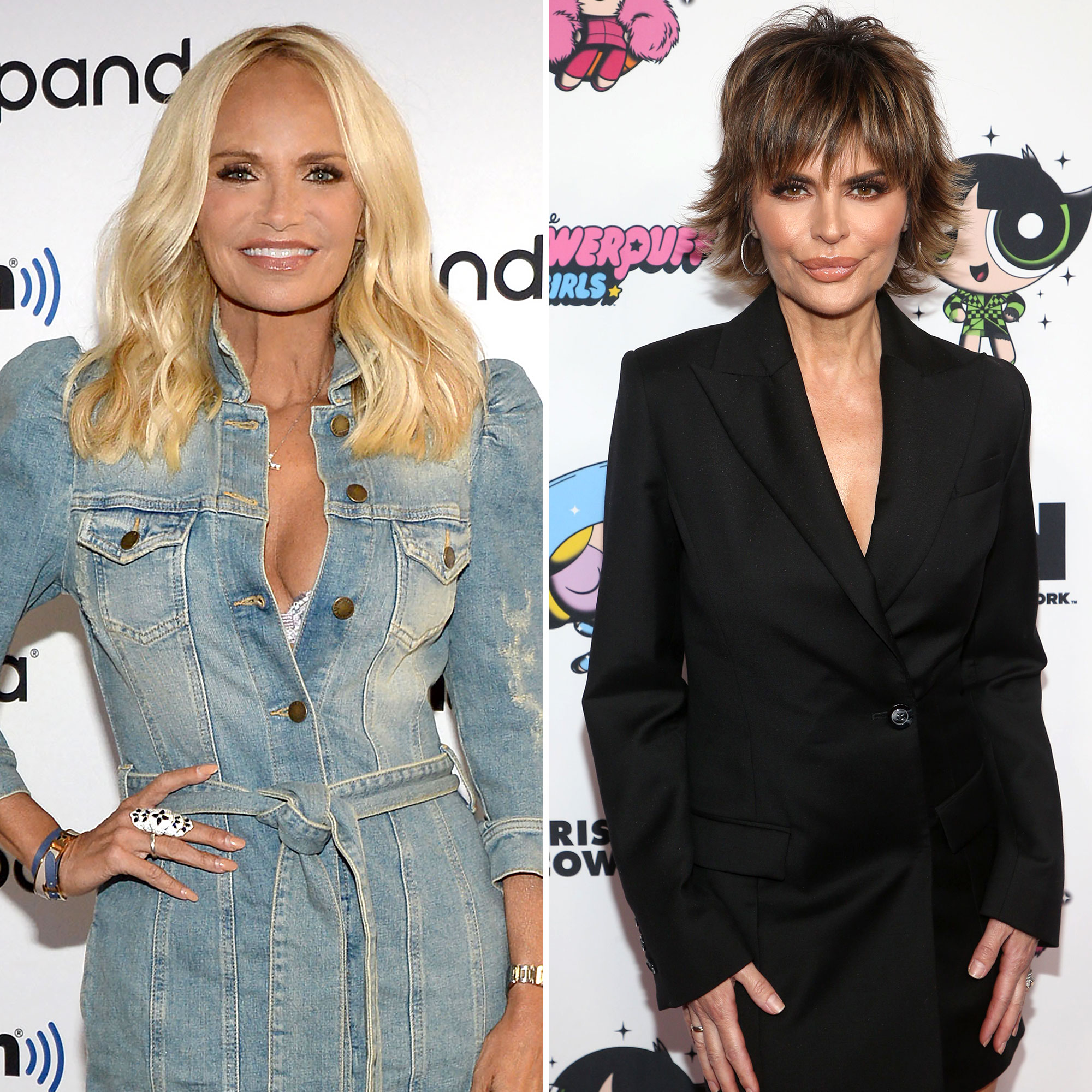 Lip kit love! Lisa Rinna’s Rinna Beauty has quickly become a go-to for her fellow Real Housewives, but now she can officially add Kristin Chenoweth to her ever-expanding fan base.

Proof That Lisa Rinna Loves to Twin With Fellow Housewives

During the Wednesday, August 4, episode of Watch What Happens Live With Andy Cohen, the 53-year-old broadway star shared her love for the brand, which just launched the Heidi Lip Kit.

While sipping what appears to be an espresso martini ever so carefully with a straw to boot, Cohen quipped: “We don’t want to mess up your Rinna Beauty lips.”

In response to Cohen’s very observant comment, the star took the opportunity to rave about her new beauty obsession.

“Lisa Rinna, you are a genius,” she said directly into the camera. “The lip liner — I prefer the pink nude — it’s the best. The dark? No so much. But I love the pink, girl, and a thumbs up.”

Real Housewives of Beverly Hills newcomer Crystal Kung-Minkoff, who was also at The Clubhouse, shared Chenoweth’s love for the lippies. “[Lisa’s] lip glosses are amazing,” she echoed.

Chenoweth’s love of Rinna’s lip kit went beyond her WWHL glam. She also has the blow-up float, which was a part of Rinna’s press mailer, in her pool!

The singer isn’t the only star to get on the Rinna Beauty train. Teddi Mellencamp, Lala Kent, Dorinda Medley and Dorit Kemsley are also huge fans of the brand.

Real Housewives of New York City star Luann DeLesseps even took to Instagram Stories to share her love for the product, giving her followers a live demo.

“Ooo I love it. It’s so neutral and perfect for my skin,” she said at the time. “Oh wow it looks great and nice gloss to go over the top. Thank you Lisa Rinna I love it.”

The fabulous formulas are something that the reality star takes a lot of pride in, as she spent “almost a year” approving formulas.

“I’ve heard from so many people they appreciate the quality we’ve put into the lip kits,” Rinna previously told Us Weekly. “The texture, color, wear — everything has been top notch.”

She continued: “Rinna Beauty lipstick is so creamy and has an amazing sheen to it, and the lip gloss has a beautiful feel and staying power. Our lip liners are all soft and subtle and are self-sharpening which I LOVE! I hate having to sharpen a lip pencil. Plus, most of them are hard like a real pencil. Ours isn’t like that.”