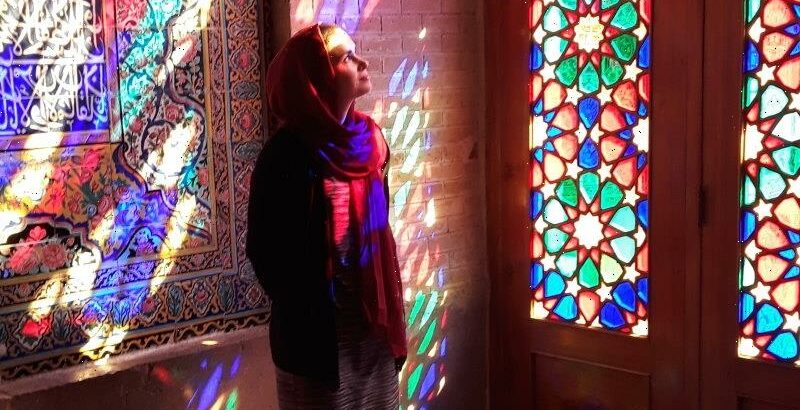 To prisoners, the sky is the only free thing: they can look up beyond the confining walls and see the expanse that stretches past their cage into the unattainable life outside.

It’s a perception often found among the reflections of those who escape to tell their tale: Michelle Knight spoke of seeing the sky beyond the rooms where she and two other girls were held captive by a suburban psychopath for years. Jacob Rosenberg wrote of a small green plant that he saw yearning from the damp wall towards the feeble light of a high window in the concentration camp where the Nazis had him. And here, in her memoir of being kidnapped and held by the Iranian government on trumped-up charges, Kylie Moore-Gilbert writes of being scolded by the guard for lying down in the tiny exercise yard. 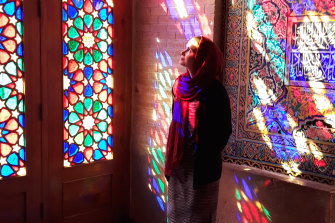 She wanted to see the birds wheeling freely above her, so instead of walking obediently, she continued to lie there, looking upwards to help her own sanity with the truth that some things were still free.

As an academic specialising in Islamic studies, she attended a conference in Iran and was arrested at Teheran airport as she was returning to Australia. Accused of being a spy, ostensibly because her husband was an Israeli citizen, she was sentenced to 10 years by one of Iran’s most notorious judges. The carrot dangled before her was freedom to return home, but the price demanded was that she should use her academic role as a Middle Eastern expert to spy for the Iranian government. 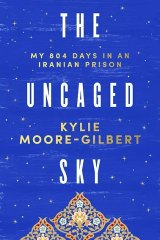 The Uncaged Sky by Kylie Moore-Gilbert.

The reader is drawn into Moore-Gilbert’s concerns, for the book is like a detailed and immensely readable journal. At times in the memoir she reflects that the whole of Iran is like a prison, with ordinary people forced to be hyper-vigilant to avoid coming under government scrutiny: under such regimes it is hard for people not to betray others to save themselves. Loyal friendships and trustworthy people are true lifelines. The physical privations, gross as they are (why are the toilets kept in such filthy conditions?), pale beside the psychological tortures: micromanagement of every aspect of communication, with deprivation of reading or writing materials; solitary confinement and the utter lack of agency and control.

Moore-Gilbert is able to make some solid friendships among other imprisoned women, whose “crimes” are as false and nebulous as her own: Niloufar is a conservationist, Hoda a human rights lawyer, Elena a high-ranking executive who knew too much. When these kind and wise women are transferred away to another jail, Kylie is bereft. Her relationships are controlled by the guards and ultimately the man who is in personal charge of her case, who calls himself various names, but is generally known as Qasi Zadeh.

His behaviour is depressingly comparable to that of abusers worldwide: he controls all aspects of her life, from her prison conditions to her access to what passes for justice in Iran courts. Her writing is trenchant when she relates his attempts to flirt with her: at one point a go-between approaches her to ask her to become a “second wife”. Such personal invasion is what all women endure in theocratic dictatorships on a nationwide scale. Zadeh constantly attempts to break through her dignity, to compel her to respond to him.

Moore-Gilbert is forthcoming about the storm of emotions that sometimes threaten to overwhelm her: she alludes to her depression and anxiety, although such emotions are the sanest possible reaction to her malign situation. Surviving and writing such a book as this is proof that the best revenge is living well.

The Uncaged Sky: My 804 Days in an Iranian Prison by Kylie Moore-Gilbert is published by Ultimo Press, $34.99.