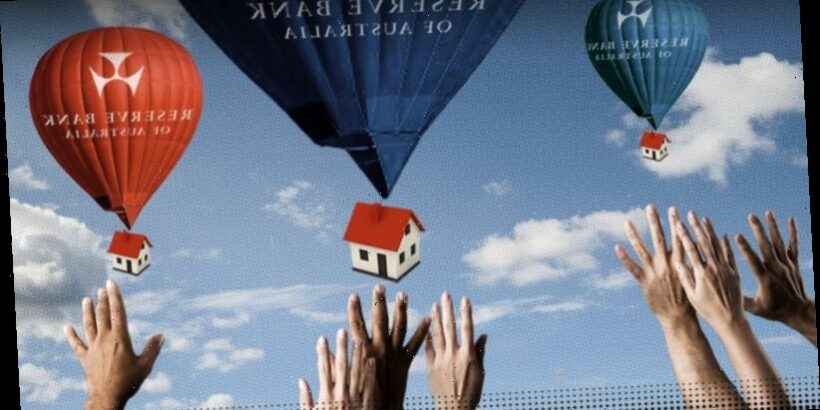 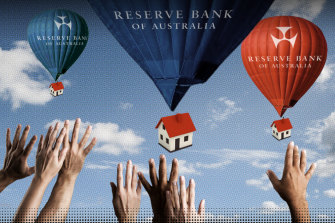 The sharp lift in house prices through the past 12 months has amplified the focus on the RBA and its role.Credit:

The Reserve Bank’s charter requires it to work towards the economic prosperity and welfare of all Australians, but for most people that can be narrowed down to one issue – house prices.

Since the advent of non-bank lenders in the mortgage market in the 1990s, property prices have grown faster than wages and inflation, generating an ongoing debate about who is to blame for a situation that leaves one of the world’s most sparsely populated nations with some of the globe’s most expensive housing.

It’s an issue of which the RBA is acutely aware. And the sharp lift in house prices through the past 12 months, as interest rates have fallen to their lowest levels in history while governments have thrown billions of dollars at housing stimulus packages, has amplified the focus on the RBA and its role.

Commonwealth Bank’s head of Australian economics, Gareth Aird, says falling interest rates have been a major economic tailwind for the past 30 years.

But with rates at zero, and households carrying record levels of debt, a reckoning is coming that would be felt across the economy and especially in the property market.

“Every time the central bank cuts interest rates, a person walks into a bank and asks for a bigger loan to pay for a house. It happens again and again,” he says. “You get to that point where you can’t keep doing that when you have interest rates at zero. We’ve now had the last of the kicks of the can down the road.”

Almost every time the RBA governor stands up to speak in public there is a mention of, or question about, house prices.

In early February, RBA governor Philip Lowe told the House of Representatives’ economics committee the bank was “closely” watching the housing market, noting there were many factors at play including low interest rates, the huge federal and state government programs aimed at helping the property market and a shift in preference to houses rather than apartments.

But Lowe stressed the bank’s role was not to target the property market.

“The RBA does not and should not target housing prices,” he said. “Instead, our focus is on the lending that’s used to purchase housing. We want to see lending standards remain strong. At present, there are few signs of deterioration in these standards.”

The bank has over the years highlighted three other issues of importance to the property market. Financial liberalisation in the mid-1990s (as non-bank lenders entered the mortgage market and forced traditional banks to cut the profit margins on their home loans) started a fall in home interest rates.

As a community, Australians decided to use this increasingly cheap money to buy property rather than invest in other pursuits. 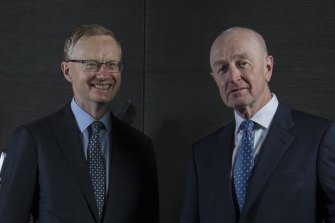 Current and former RBA governors Philip Lowe and Glenn Stevens have both said good infrastructure is needed to help take the heat out of property prices.Credit:Louie Douvis

Another factor is where we live. Planning and transport in our major cities mean demand for prime land pushes up prices. Lowe and his predecessor Glenn Stevens repeatedly mentioned the need for good infrastructure to help take the heat out of property prices.

The other element is the tax system, both at the federal and state level, which increases prices and makes it attractive for people to invest in property to the exclusion of alternatives. For instance, the bank has previously drawn attention to the impact of Australia’s negative gearing regime.

The RBA has to walk a fine line when it comes to house prices. Higher prices are associated with the so-called “wealth effect” – lifting confidence and spending (and from the bank’s perspective, inflation).

A drop in house prices in cities such as Sydney between June 2017 and 2019, due to a tightening of lending standards put in place by the Australian Prudential Regulation Authority, is cited by the bank as one of the reasons it missed its inflation target ahead of the coronavirus pandemic.

Between the end of 2005 and last year, Sydney residential property prices (as measured by the Australian Bureau of Statistics) increased by 110 per cent. In Melbourne they lifted by 142 per cent.

Over the same period, wages increased by 53 per cent.

But there were serious equity issues, around those priced out of the housing market and for future generations who face taking on even more debt to get their own piece of Australia. 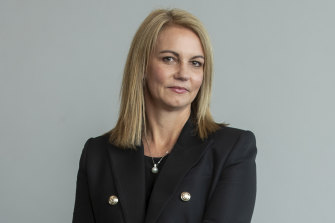 Jo Masters of EY said the RBA and APRA would have to use macroprudential tools to take some heat out of the housing market.Credit:Louie Douvis

Ms Masters says ongoing housing supply issues, which were dependent on federal and state government policy, would help long term but in the near term the bank along with the Australian Prudential Regulation Authority would have to use macroprudential tools to take some heat out of the market.

“We’ve seen how macroprudential policies can work, in 2014-15 and 2017 so they have been tried before. They can also be really nuanced,” she says.

“A [commercial] bank can target lending to postcodes or to types of buyers so in that way they can be very successful.”

The shortfall between wages growth and house price growth is met by debt. Australian households are among the most indebted in the world with household debt to income of 180 per cent.

Research done by the RBA itself suggests there are real economic risks with this ramp-up in debt. The research, by Fiona Price, Benjamin Beckers and Gianni La Cava and released in 2019, found strong evidence of a “debt overhang effect” where every 10 per cent increase in debt reduced household expenditure by 0.3 per cent.

While the RBA is sanguine about the lift in house prices and household debt at present, in part due to the very low interest payments on the nation’s mortgages, the research found this wasn’t the problem.

Households reduced their expenditure no matter if it was their gross or net debt levels that lifted.

“It appears to be pervasive across all mortgage borrowers, even households that are unlikely to face financing constraints or have strong precautionary saving motives,” the researchers found. “The effect is also pervasive over time and across regions and persists when allowing highly indebted households to respond more strongly to individual or local unemployment or house price shocks than less indebted households.”

‘Large bang for its buck’

Former board member John Edwards says house prices were a constant discussion inside the RBA and around the board table. He says while super-sized mortgages and hot property markets spark concern, they actually help amplify any actions taken by the RBA.

“In Australia, large mortgages and variable interest rates mean that monetary policy gets a very large bang for its buck,” he says.

That bang is likely to be felt by first-time house buyers when the bank ever gets around to lifting interest rates. First-home buyers have flooded the housing market thanks to low interest rates and generous support measures to deal with the coronavirus pandemic.

Ordinarily, those first-time buyers would enjoy wage rises that over time reduced the proportion of their income going towards the monthly mortgage repayment. But with wages growth at record lows, this key aspect of mortgage repayment is being undermined.

Lowe has, unusually, called for wages growth from the private and public sectors.

While both business leaders and governments support the concept of wages growth, it has cratered on their watch. Governments of all persuasions have actively capped wage growth for their own staff.

Aird says the RBA focused on interest costs as a share of income, ignoring the longer-term issue that the underlying principal of a mortgage had to be repaid.

“If you don’t get wages growth, then people will be stuck with these mortgages for much longer and that’s going to have an impact. If people are stuck with low wages then they can’t pay off these mortgages,” he says. “A 25 or 50 basis point increase in interest rates will be really felt, especially by first-home buyers. It’s going to have a big impact on debt repayment.”

The chair of the House of Representatives’ Economics Committee, Liberal MP Tim Wilson, says every time the bank cuts interest rates in a bid to generate inflation they push up house prices.

“In practice the RBA is creating mass wealth inequality in a way that is rigged against young and new Australians,” he says.

“Young and new Australians are forced to prioritise superannuation over saving for a deposit to own a home, and then the RBA compounds the disparity by cutting rates ensuring house prices go up which can’t just be offset by increasing supply, and that’s even before the problems of prudential regulation and the tax system which compound the effect further.”