A lawyer has slammed Morrisons for its ‘sexist’ children’s clothing which she claims could damage girls’ self-esteem.

Jenny Whitworth, 30, was stunned when she spotted one T-shirt in the boys’ section of the Nutmeg range with the empowering slogan ‘the future is mine’ while the girls’ insipid offering reads ‘sparkle and believe in unicorns’.

The mum of one, from Perth, Scotland, accused the supermarket of relying on ‘lazy’ stereotypes and says that slogans on children’s clothing, regardless of gender, should be aspirational and inclusive.

She claims tops like the ones she saw in Morrisons perpetuate the idea that girls should be ‘meek, mild and bonny’. 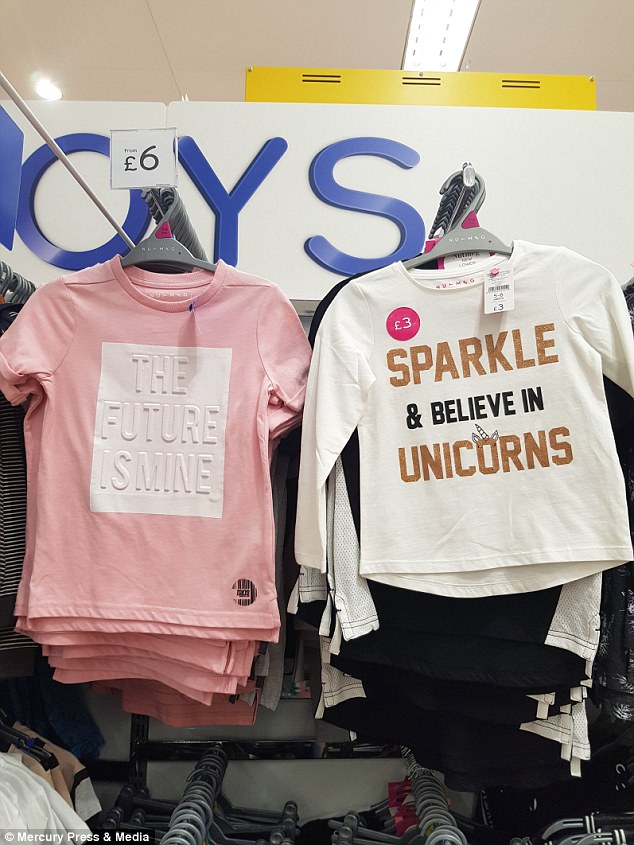 Jenny Whitworth, 30, snapped a picture of a boys t-shirt next to a girls t-shirt to point out the differences between the slogans

Jenny popped into the St Catherine’s Retail Park branch of the store in Perth at 1pm last Thursday to buy lunch.

She passed the clothing aisle and quickly browsed the rails to see if there was anything suitable for her three-year-old daughter Faye Whitworth.

The pink boys’ t-shirt initially caught her eye but when she scanned the girls’ section she was annoyed she couldn’t find a similarly aspirational t-shirt. 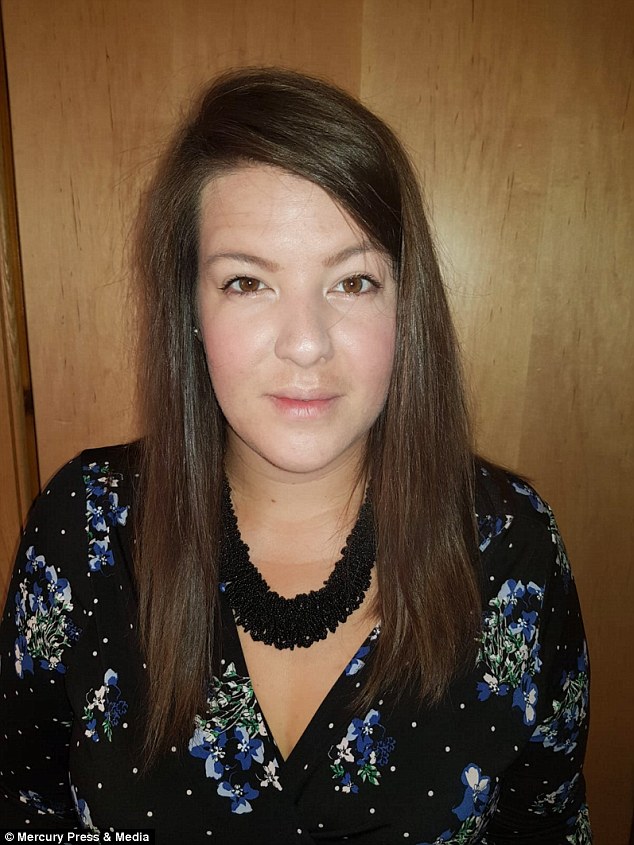 ‘I couldn’t believe how different the slogan was on the boys’ top than the girls’ one.

‘The T-shirt in the boys’ section was about seizing their futures – looking for success and adventures – whereas the girls’ one read ‘sparkle and believe in unicorns’.

‘I think it gives the impression that girls should be meek, mild and bonny and not particularly ambitious.’

‘It also gives the idea that they should just be dreaming about unicorns – which are imaginary creatures,’ she continued. 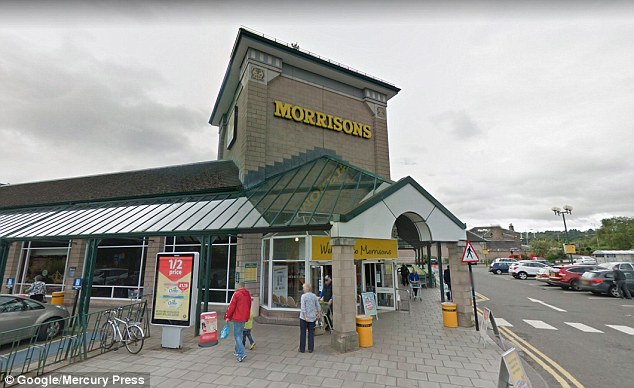 She claims tops like the ones she saw in Morrisons perpetuate the idea that girls should be ‘meek, mild and bonny’

‘It doesn’t encourage girls to play or learn like so many boys’ t-shirts do. I think we forget how much it affects women how they’re treated as girls.

‘They can like pink sparkles and dreaming but they need to know there’s an alternative.

‘Let girls knows they can be leaders, be fierce, be clever, be creative and adventurous – they don’t just have to be glittery and dainty.’

After coming across the t-shirts and noticing the differences between their messages she decided to take a picture.

Jenny said: ‘It really annoyed me at how different the slogans were for boys and girls which is why I decided to take a photo. 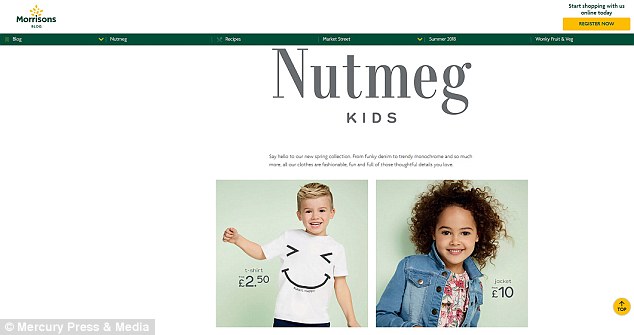 ‘Girls should be able to wear t-shirts about leading and adventure, not just have to wear clothing with unicorns and butterflies on it.

‘I want my little girl to be encouraged to be sparkly and fierce.

‘These gender stereotypes are instilled in so many mums and dads that t-shirts like this perpetuates that mind-set.

‘Supermarkets are a wee bit lazy about it, but there seems to have been some improvement elsewhere on the high street which is encouraging.’

A spokesperson for Morrisons said: ‘We have inspirational slogans on both girls and boys t-shirts including ‘girls rule’. There are just two t-shirts that appear in this photo and it doesn’t show our full range.’