Madelyn and Zoey Deutch are exhausted.

And together, the siblings are creating art of their own in The Year of Spectacular Men, written by Madelyn and directed by their mom, Lea Thompson, 57. (All three star in the coming-of-age flick, which follows Madelyn’s Izzy as she navigates her early 20s — a slew of failed romances.) 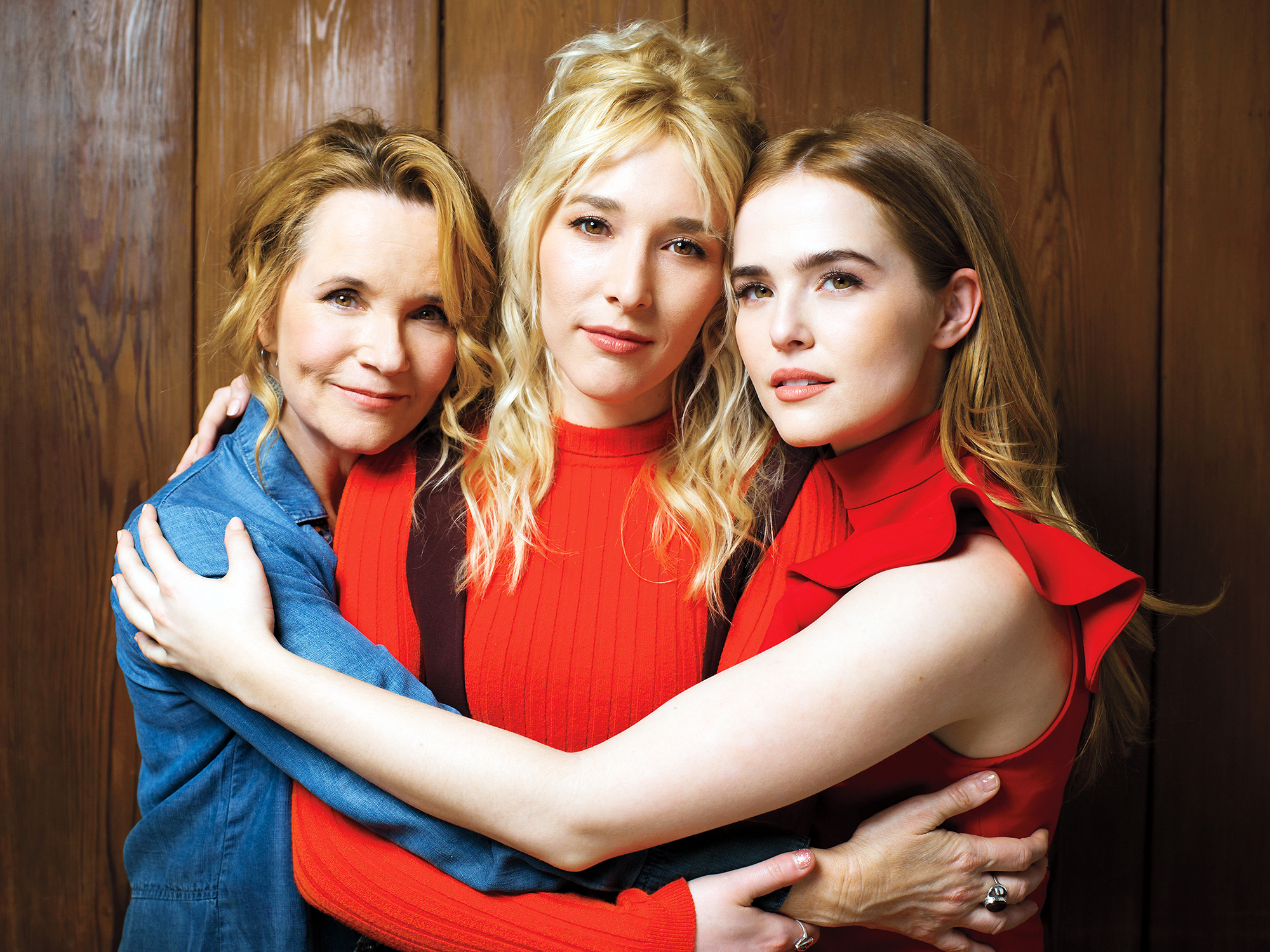 “I got out of college and the bottom dropped out from under me,” Madelyn recalls. “I wanted to make a movie about how you don’t have to know anything at 22, even though society tells you you should. We’re all just fumbling through life.”

The trio — dad is director Howard Deutch, 67, wed to Thompson for nearly 30 years — sit down with Us.

Us Weekly: Was this always intended to be a family affair?

Madelyn Deutch: I constructed the film to be a vehicle for us. I wouldn’t have been able to get a director like my mom for my first screenplay. She generously says she wouldn’t have gotten a screenplay like this for her first feature. And Zoey wouldn’t have had so much influence if we weren’t doing this together.

Us: How much of it is based on reality?

MD: A lot. There’s a ski scene based on Zoey…

Zoey Deutch: I got stuck on a mountain and I had to fake an injury to get down. I’m a bad skier!

Us: Lea, you play a bisexual yogi, and Zoey, you’re constantly rescuing your sister. True to life?

Lea Thompson: I like to believe that my character is not me!

ZD: I certainly don’t feel I have to be the big sister, ever. And Maddie, you’re not like Izzy. She doesn’t have her s–t together. She’s floundering. That’s not you in any way, shape or form.

ZD: Yes! I look to you for advice all the time.

MD: Zoey, you’re a lot more grown-up than me in a lot of ways. But to clarify, I purposely wrote the parts to be ones they had never been offered. 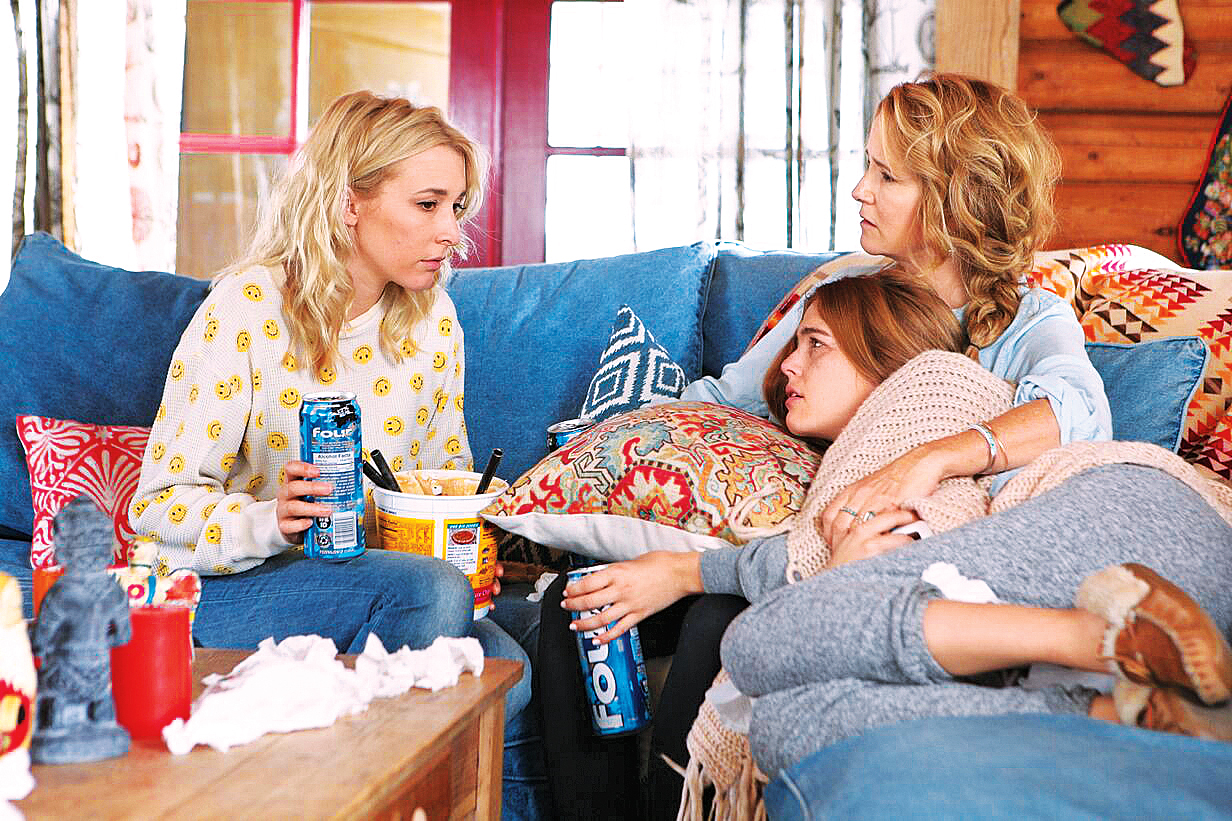 Us: Madelyn, it’s your brainchild, but Lea, you directed. Ever disagree?

ZD: This isn’t directed at me but, as an observer, I think if there ever was an argument on set, we dealt with it with a sense of humor. That’s our family superpower.

LT: I learned from my husband that my job is to listen. There are so few movies written by a 20-something, so I tried to keep her authentic voice. But she was also cool about considering what I said. Maddie, how many times did I make you rewrite the last monologue?

MD: I’m not exaggerating, 100 times. You give a lot and expect a lot. You’re a hard worker, so I wanted to match that.

LT: It paid off! These girls are troopers. It makes me endlessly proud to work together toward the same goal without ego.

ZD: I want to bring up that less than one percent of films are scored by women, which makes me even prouder that my sister also scored the movie! She’s part of this awesome revolution of change.

MD: We wanted to hire a real composer but ran out of money so —

MD: The movie feels like my child. It’s going to kindergarten and I’m like, “Here’s your backpack. I made you PB&J and cut off the crust.”

Us: Just how awkward is it having your mom direct sex scenes?

MD: There’s one we shot in an artist community space. I’m wearing almost nothing. My mom is watching on the monitor, like moms do. And all of a sudden this 50-year-old guy in a robe walks in. He’s like, “Hey, you’re shooting in here?” So it wasn’t my mom that freaked me out!

LT: It’s a hilarious scene in the movie but, for whatever reason, I was like, “Oh my God! I can’t!” while shooting it. 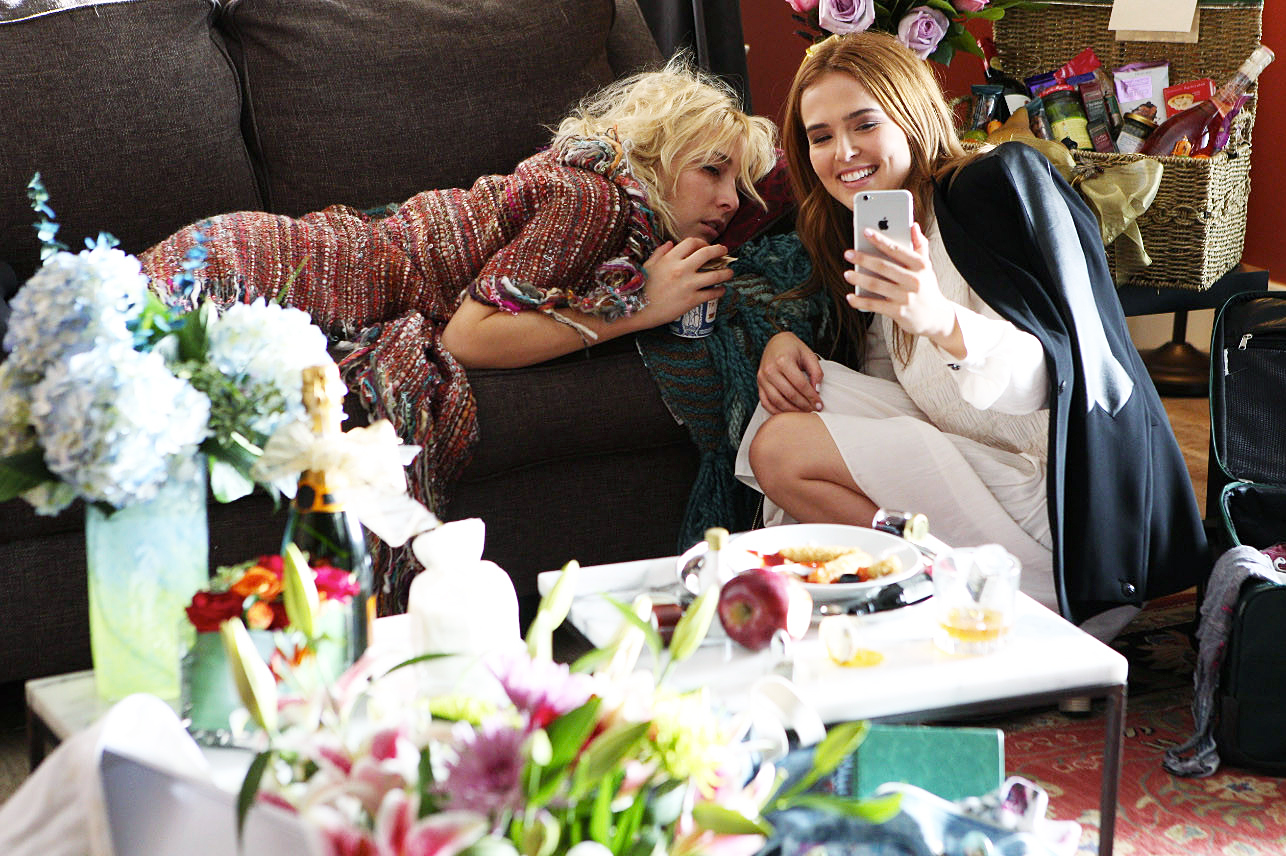 Us: Izzy experiences plenty of heartbreak. What’s your best advice for moving on?

MD: I’m a disaster! I think you have to go cold turkey and unfollow them on social media. That stuff is painful to look at. I have friends who are like, “We’re going to be friends!” and I’m like, “In 15 years, if you’re lucky.”

Us: Growing up, did you want to follow in your mom’s footsteps?

ZD: I always knew. But I have a lot of gratitude that I didn’t do it as a child, that I had, in my mind, a normal childhood.

MD: Zoey was made to be an actress! Not me — I think more like a writer.

Us: Does your mom ever embarrass you like in the film?

ZD: Every time we’re in a public restroom, my mom sings the loudest, craziest songs. I’m like, “Mom, you go first! I’ll catch up with you.” I thought it was to torture me, but I recently realized it’s because the acoustics are good.

MD: You just realized that?

LT: I also dance in the aisles at grocery stores!

Us: The X-Files comes up nonstop in the film. Are you actually obsessed?

ZD: I’ve never seen it! I want Maddie to have that for herself.

MD: In my office, I have three X-Files posters. I’m a freak.

LT: I should send David Duchovny the movie. He’s a key character!