Australia's leading philanthropists have united to commit millions of dollars to put arts and culture at the forefront of the nation's pandemic recovery.

The charitable foundations of billionaires Andrew Forrest and Kerr Neilson are among those that have joined notable arts patrons Rupert Myer and Tim Fairfax to underwrite the mission of Australia's only arts and culture think tank.

The significantly expanded consortium was announced Monday amid simmering frustration in the arts and culture sector that governments were too slow to react to the devastation caused by the pandemic shutdowns. 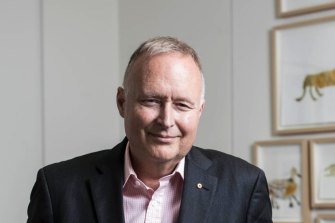 Rupert Myer retailer and philanthropist of the Myer Family.Credit:Arsineh Houspian

The sector remains exposed and vulnerable in the wake of Australia's first recession in 29 years.

Kate Fielding, program director of the funded think tank, A New Approach, said creative industries had been significantly and disproportionately affected by the lockdown and the sector's recovery was likely to "have a long tail". Ms Fielding declined to specify the amount of funding, but said the think tank's operating model would be similar to that of the independent Grattan Institute.

"The significantly expanded coalition of arts supporters draws from across the country from a wide range of philanthropic organisations and are united in seeing the relevance arts and culture recognised for different people in different parts of the country," she said.

The entity will be led by a board of directors headed by Rupert Myer, who said the new philanthropic partners and structure aimed to champion the positive effects of arts and culture on contemporary Australian society. 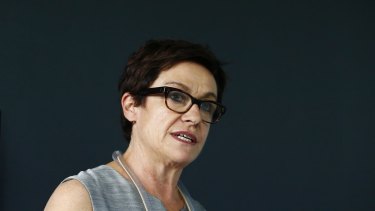 A New Approach was established in 2018 with the support of the Myer, Tim Fairfax Family and Keir foundations and has been successful in pushing for a parliamentary inquiry into arts and culture.

Its five research papers have argued for the positive benefits of arts and culture to mental health, educational outcomes, social cohesion, innovation, and city planning.

"As a compendium, it gives an overview of the relevance of arts and culture on Australians and the role the cultural economy is playing in the 21st Century," Ms Fielding said.

For too long arts and culture had been regarded as an afterthought when developing and shaping policies around planning, health, transport, and education, she said.