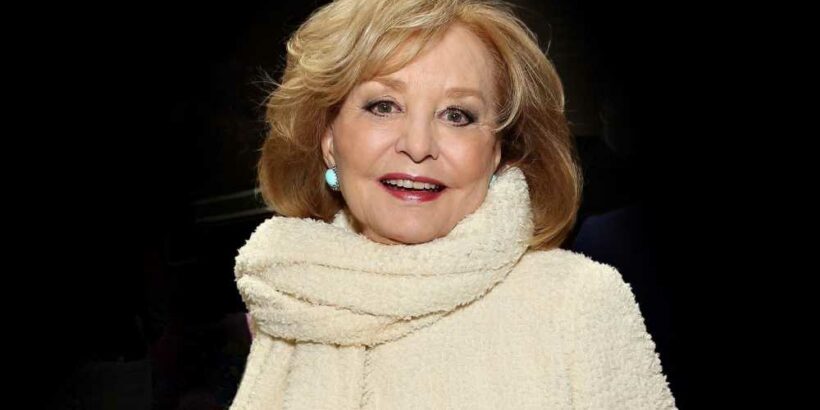 Brooke Shields: I was ‘taken advantage of’ in controversial Barbara Walters interview

Connie Chung dishes dirt on CBS, ABC colleagues, plus Letterman and ‘The Undoing’

Sherri Shepherd: Barbara Walters made me cry for years

Barbara Walters, the pioneering journalist who broke countless barriers in her 50-year career, has died at age 93.

WCPO was the first one to break the news via Twitter on Friday night.

According to TMZ, the journalist died in New York City. No further detail was revealed.

ABC, where Walters worked for many years, also confirmed the news as well.

A rep for Walters did not immediately respond to Page Six’s request for comment.

Walters’ rise to the top of journalism was decades in the making. She graduated from Sarah Lawrence College in 1953 and soon took a job writing for CBS’ morning program.

In 1974, she became the first woman to ever host NBC’s “Today” after more than a decade at the network. She started at the company as a researcher and writer, then steadily landed bigger and bigger stories including a traveling assignment with First Lady Jacqueline Kennedy.

Then in 1976, after building a huge following, she landed a $1 million contract with ABC to co-anchor “The Evening News.” Her seat at the desk made her the highest-paid TV journalist at the time and the first woman to ever anchor the evening news on a major network.

She began working as a correspondent for “20/20” in 1979 — ultimately becoming co-host alongside Hugh Downs in 1984. She remained a fixture on the late-night program for 25 years until she stepped down in 2004.

During her career, Walters earned numerous awards and accolades including four Emmys and one Lifetime Achievement award. She’s interviewed countless Hollywood icons, fascinating pop culture figures and every president since Richard Nixon, with the exception of Donald J. Trump.

But perhaps her most prized endeavor will always be “The View,” which launched in 1997. The morning talk show featured a diverse cast of voices sharing a roundtable discussion on politics, entertainment, family and other hot topics.

After sitting at the table for 17 years, Walters stepped down from the show in 2014, but remained an executive producer. “I do not want to appear on another program or climb another mountain,” she told the Los Angeles Times of retiring. “I want to instead to sit on a sunny field and admire the very gifted women – and OK, some men too – who will be taking my place.”

“I don’t think that I was very good at marriage,” Walters explained in an ABC special about her life. “It may be that my career was just too important. It may have been that I was difficult person to be married to, and I just seem to be better alone. I’m not lonely, I’m alone.”

Motherhood was also an obstacle for Walters, who with then-husband Guber, adopted a baby girl in 1968. They named her Jackie after Walter’s mentally disabled sister. Walters admitted maintaining a healthy mother-daughter relationship wasn’t always easy as Jackie never wanted to be famous. Walters said the one regret she has in life is not spending more time with Jackie, now 49, as a child.