She’s known for her seductive portraits of the world’s most glamorous stars, but photographer Ellen Von Unwerth claims that the modelling industry today doesn’t want women to be sexy.

The former model, 64, from Germany championed the voluptuous supermodels of the ’80s and ’90s such as Cindy Crawford and Claudia Schiffer because they looked ‘strong and powerful’ and had a sense of fun.

‘Now they’re more and more skinny and I feel like they’re sucking out the energy a little bit,’ she told The Times, speaking ahead of the launch of her new Ladyland exhibition at the Opera Gallery in London.

She added that the fashion industry has lost some of its sense of fun, due to technology.

In her modelling days, everyone was chatting and drinking champagne, but now everyone is glued to their mobile phones. 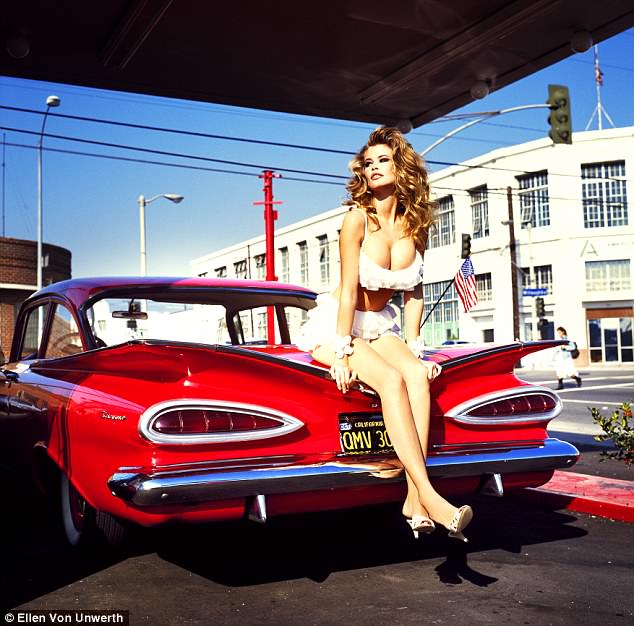 Claudia Schiffer, Los Angeles, 1991. ‘I met Claudia very early in my career. I photographed her doing everyday things like walking her dog and going to the bakery,’ Ellen said 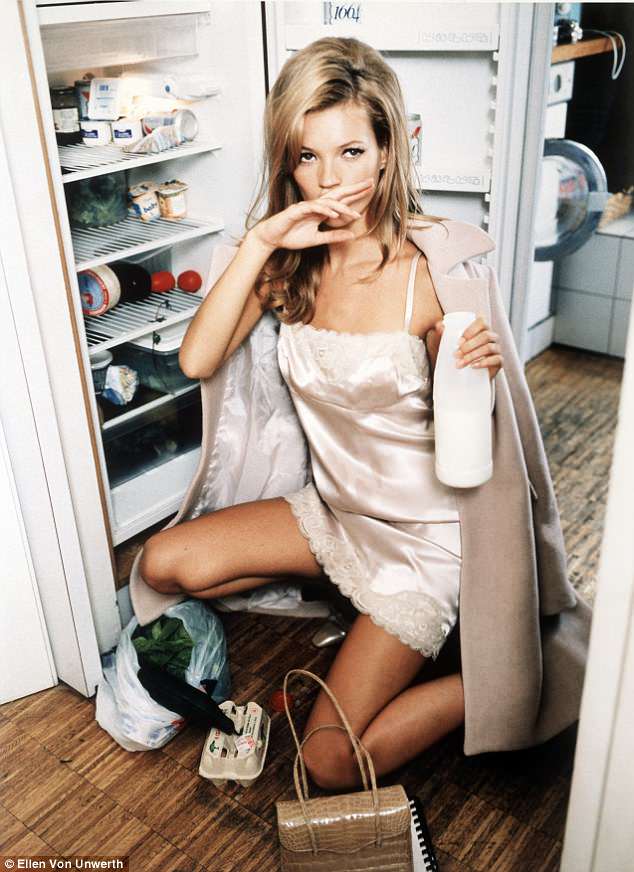 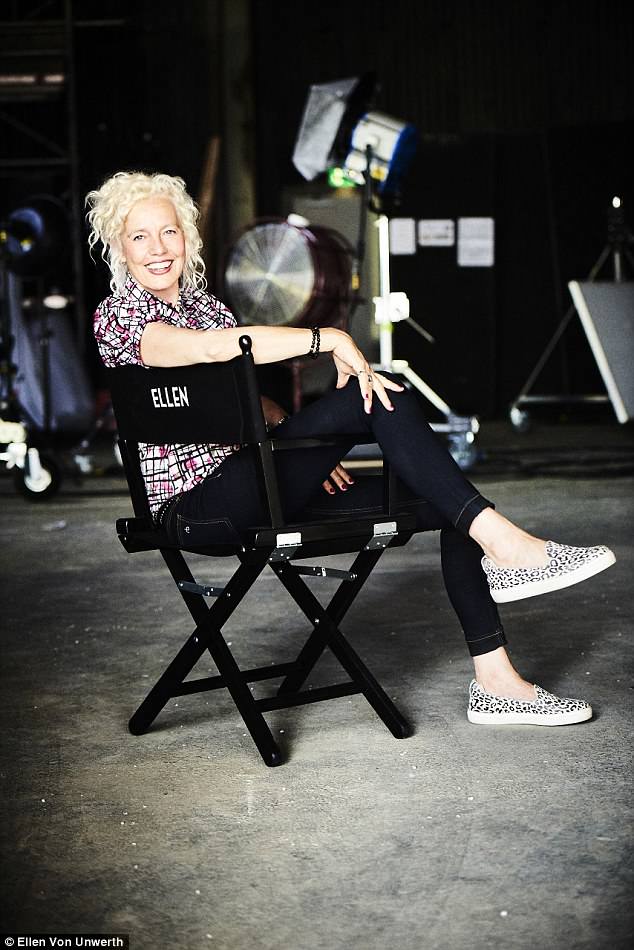 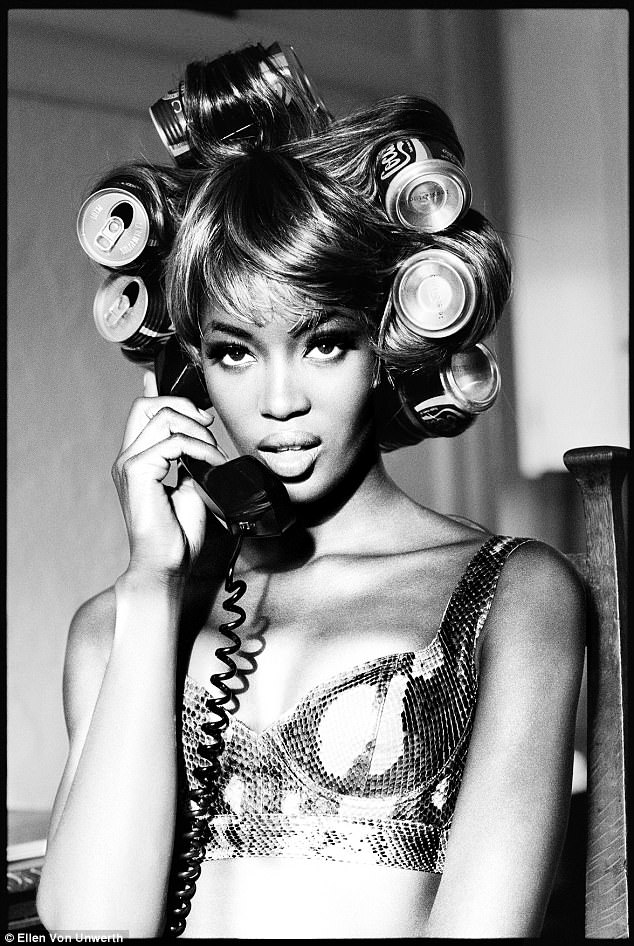 Naomi’s Rollers, taken in 2004, forms part of the retrospective at London’s Opera Gallery

After ten years as a model, Ellen she swapped the spotlight for life behind the lens.

It was a decision that launched not only her own career, but also led to her taking images that made those of Kate Moss, Naomi Campbell and other supermodels.

Since making her breakthrough aged 35, von Unwerth has become a major player in the world of celebrity photography, shooting stars including Rihanna, Lady Gaga and Lana Del Ray and working for brands such as Dior and Chanel.

Ahead of the retrospective of her work, she said women were her ‘favourite subjects’, and she was interested in making them ‘look beautiful’. 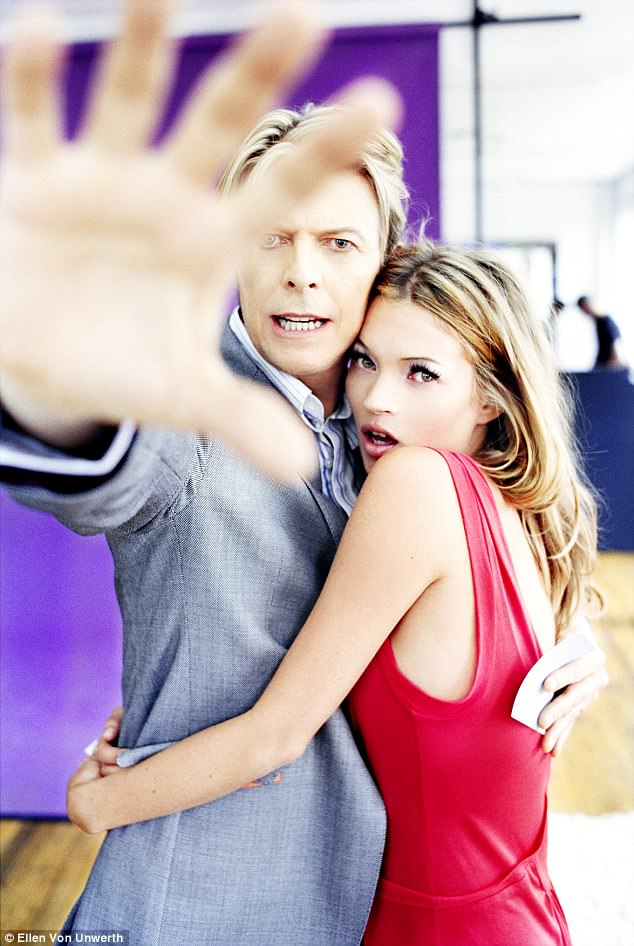 David Bowie & Kate Moss, New York, 2003. ‘Bowie and Moss had never met before they posed together for this portrait. But he was immediately protective of the model’ 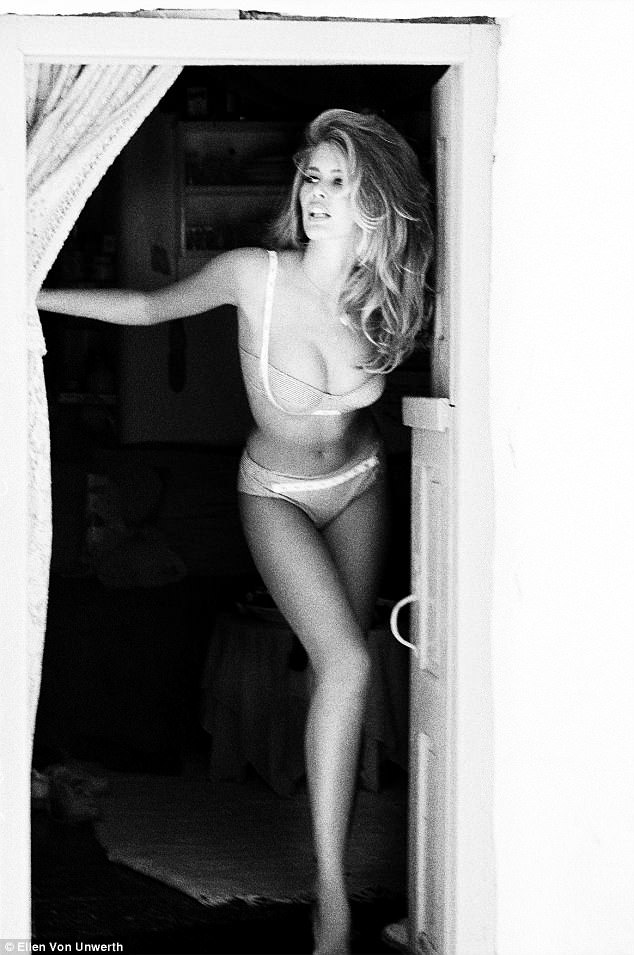 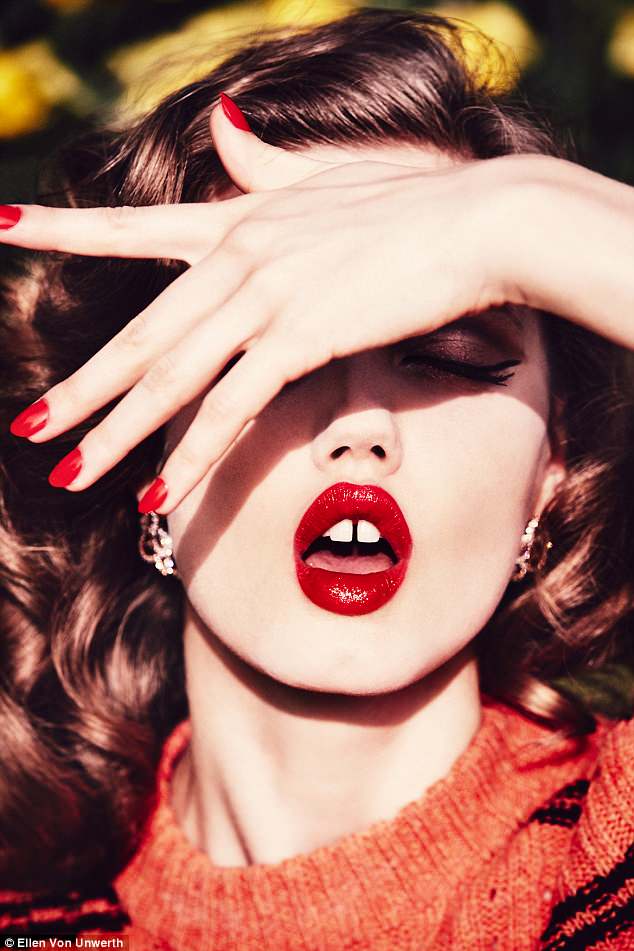 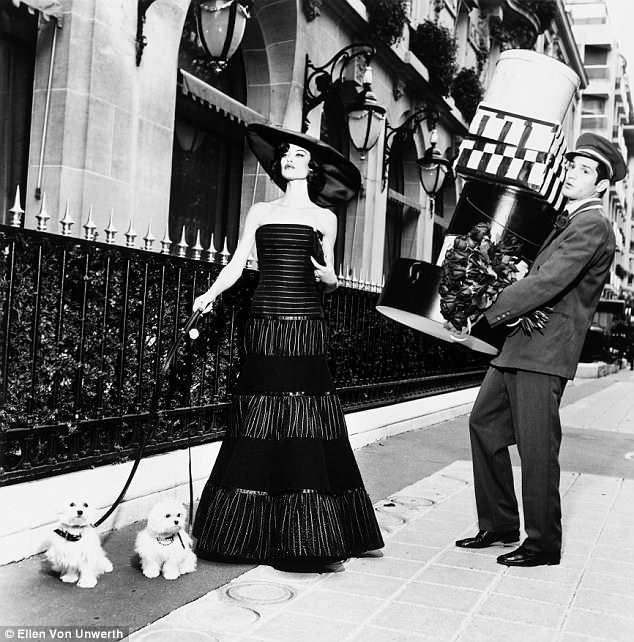 When asked who had been her favourite celebrity to work with, von Unwerth said: ‘You do not really have favourites.