When you have multiple superhero shows airing on the same network, it’s pretty much mandatory to bring them together every so often for an epic crossover extravaganza. This year, The Flash, Arrow, and Supergirl will be teaming up for such an event that will air over the course of three consecutive nights. However, fans are sure to notice one cast of characters who won’t be taking part in this DC mashup. So why isn’t Legends of Tomorrow in the Arrowverse crossover? The series actually has a really good reason for not taking part in the much-anticipated annual event.

During this year’s San Diego Comic-Con, TVLine spoke with the cast and showrunners about their exclusion from the Arrowverse crossover and Caity Lotz, who plays White Canary, had a reasonable explanation for it. "The Legends have really set themselves apart from the rest of the Arrowverse," she explained. "We’re very different [and] we’re not the same kind of show as the other ones, so we don’t [fit in as well]." Then there’s also the fact that coordinating production schedules for not one, not two, not three, but four different shows can be difficult, if not downright impossible to do. "Logistically, it’s crazy," Lotz added. "When you have too many characters, you don’t have the ability to do good character work." 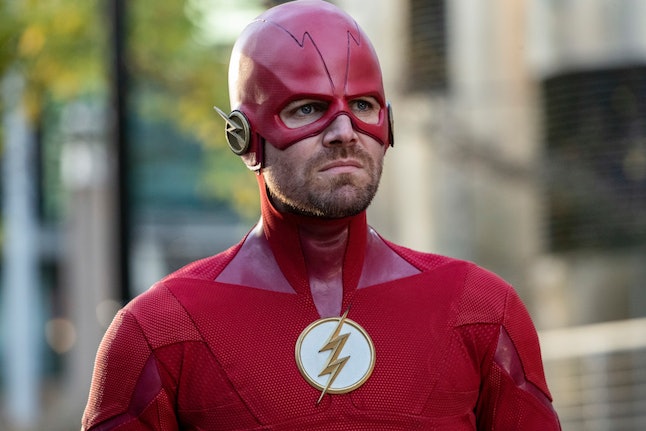 It’s understandable that having too many superhero cooks in the kitchen, as it were, would definitely have the potential of making the episodes feel a bit overcrowded. Still, that doesn’t mean some characters couldn’t still cross over to one of the other shows occasionally, if even on a smaller scale. The fact that three shows were able to get together for such a big undertaking is impressive enough, so having it be all four may just be too big of an ask.

That being said, Legends of Tomorrow is planning on delivering an extra special episode this week to help make up for the fact that they won’t be in the crossover, which will air on three back-to-back nights beginning on Sunday, Dec. 9 through Tuesday, Dec. 11. But just because they won’t be in on the action doesn’t mean the series can’t have a little fun of their own. Legends showrunner Keto Shimizu told TVLine back in October that they’ll be doing a semi-crossover event of their own. "During the week that all the other crossovers are happening, we will essentially be crossing over with ourselves," Shimizu explained, adding that the episode will involve "alternate time periods."

"That particular episode is insane," Lotz said in the same interview. "I think they wanted to do something special since we weren’t going to be doing the [‘Elseworlds’] crossovers.: She also added that, "You’ll see a lot of different sides of the Legends," which may even involve the characters interacting with various versions of themselves. 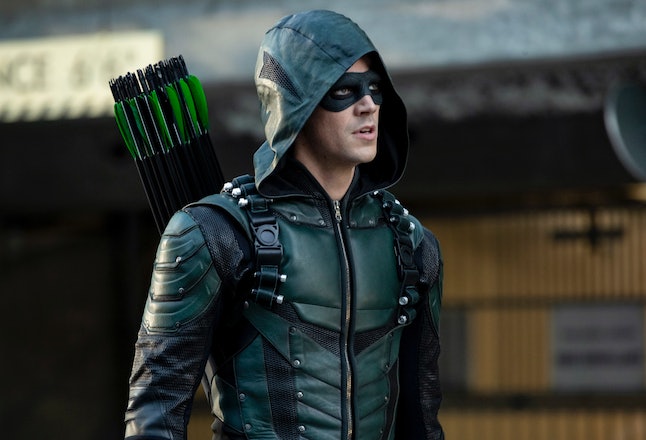 So while the Legends will still definitely be missed in the Arrowverse crossover, the actors and writers are doing everything they can to make it an unforgettable week for fans all around. One could even call it legendary.