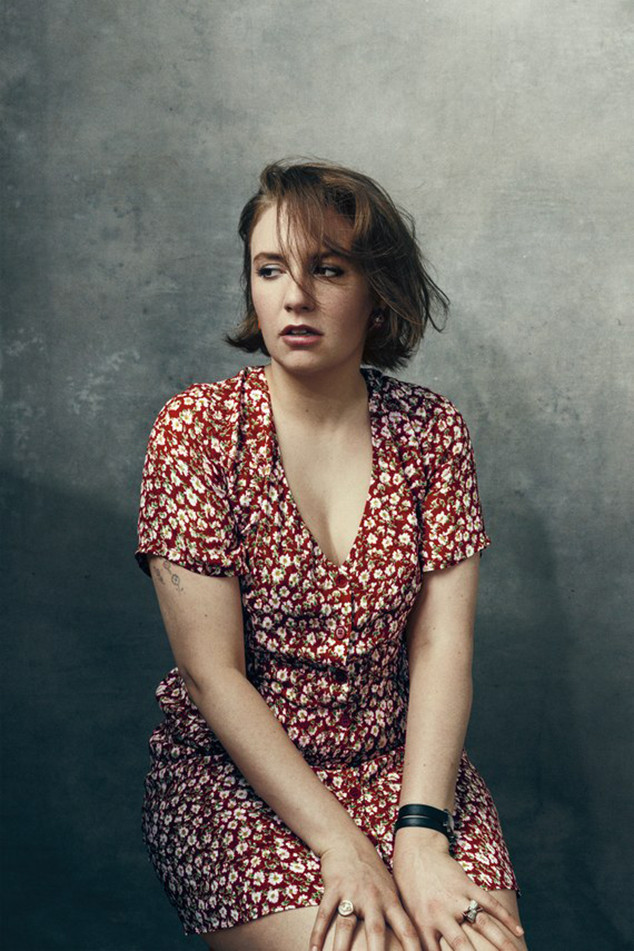 It’s been about five months since Lena Dunham and Jack Antonoff called it quits.

In a new piece penned for Vogue, the Girls star opened up about the split and how she relearned to embrace the alone time she once craved.

Dunham and Antonoff broke up in December. The actress recalled the moment vividly in her piece.

“We sat in our shared kitchen of nearly four years and quietly faced each other, acknowledging what nobody wanted to say,” she wrote in the piece published Friday. “That obsessive connection had turned to blind devotion, and the blinders were coming off to reveal that we had evolved separately (the least shocking reason of all and perhaps the most common). That anger wasn’t sexy or sustainable. That our hearts were still broken from trying so hard to fix it but no longer uncertain about whether or not we could. The finality nearly killed me, and I remember muttering, ‘But what if we still went on dates?’ He laughed sadly. ‘Whatever you want.'”

Lena Dunham and Jack Antonoff Break Up After Five Years

The two decided that the Bleachers singer would stay in their loft while Dunham would temporarily move in with her parents.

“He’s always loved it fiercely,” she recalled, “while I got anxiety in the elevator.”

As the piece continued, Dunham explained she “used to love solitude.” She told stories of how she faked strep throat as a teen to get out of a summer camp excursion and how she used to write poetry about being alone on her “prehistoric laptop.”

It wasn’t until she had her first serious relationship in college that this started to change. In the article, she recalled how she once biked over to her boyfriend’s apartment and started weeping after he asked for a few nights a week alone.

“He offered me tea and counsel, then sent me home—admirable boundaries—but having had a taste of domesticity, I was almost chemically changed, rewired,” she wrote for Vogue. “The independence I had so prized was replaced with a mourning that could be sated only by consistent male company, even if (as it would happen later on with other boys) that company was rude in bars, talked loudly through art-house movies, and made sure to point out my less than ideal breast-to-butt ratio. Anything would do.”

It wasn’t until a friend expressed concern over going out to dinner alone that Dunham realized she hadn’t dined by herself in ages.

“It was that pesky six-year relationship and the habits of someone unused to venturing out without a companion’s prodding,” she wrote about trying to recall an instance. “For an exquisite moment, rather than mourn the loss of my partner, I mourned the loss of my bravery. I used to have no problem staring into the face of the hostess when I said, ‘Just one for dinner, thank you.'”

Dunham admitted she would even “fantasize” about her own space as her relationship with Antonoff “unbraided itself.” But after they broke up and she found herself with her “security blanket removed” and she was “texting everyone I knew, ‘sup?'”

So, she took baby steps to relearn how to spend time alone again, including taking relaxing baths, reading books and taking herself out to a restaurant. It wasn’t until four months later when she went for a solo walk in the country that she learned she had “the power and the presence of someone who can tolerate herself.”

Eventually, she moved out of her parents’ place and into her own temporary apartment. She even referenced a new love interest in the article but also described the pain she still felt from the breakup.

“Someone would be coming over soon, the electric current of new romance in the air,” she wrote. “but I was still defining myself by what I had lost.”

As friends started to check in, Dunham had some new activities to discuss. However, she admitted the progression wasn’t an easy one.

“[I’d say] ‘I’m good, just chugging along,'” she wrote for the magazine. “But if I were being honest I’d answer them by saying that my heart could still ache for one home as I returned to myself in another.”