A letter written by Irish Nobel Laureate poet Seamus Heaney 45 years ago has been reunited with its rightful owner – all thanks to the power of social media.

Twitter user Stewart Law shared a photo of the letter online after discovering it in a second hand book in the hope of tracking down the original recipient.

Captioning the photo he wrote: ‘Don’t often ask for retweets but hoping Irish Twitter will do its thing.

‘Years ago I found this letter from Seamus Heaney inside a 2nd hand book I bought in Belfast. I wonder if the owner would like it back?’

He quickly received a flood of responses with the tweet garnering more than 1,000 likes and 600 retweets.

Thanks to the help of his followers Stewart was able to track down Dr Sophia Hillan, a former student of the late poet who was given the letter over 40 years ago in just half an hour. 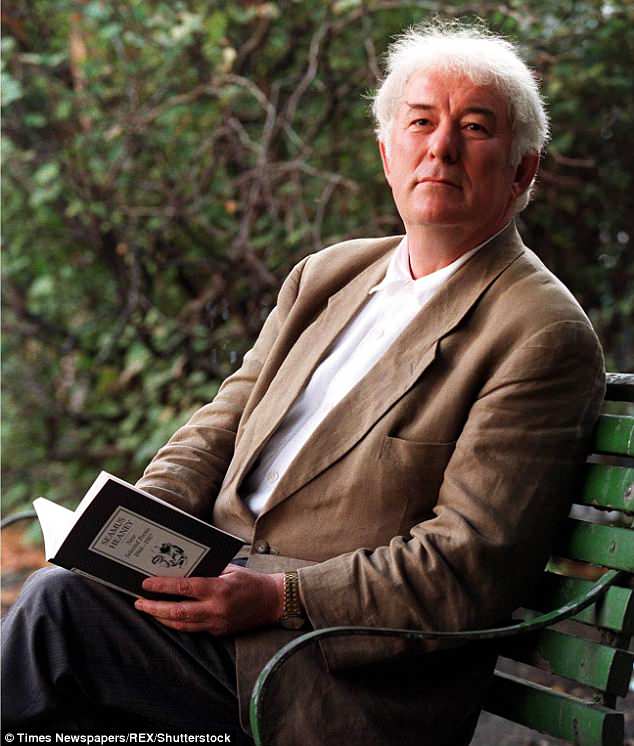 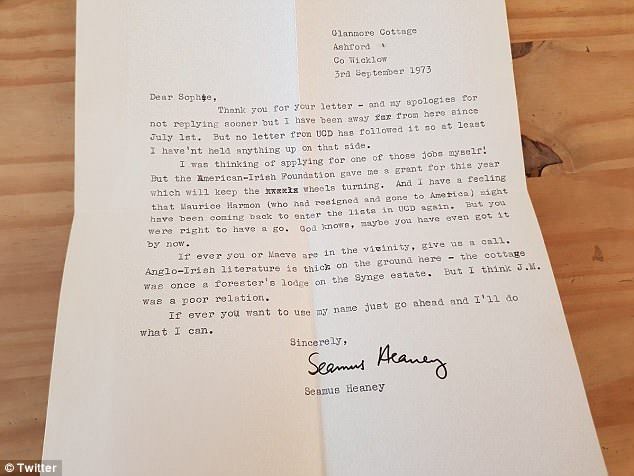 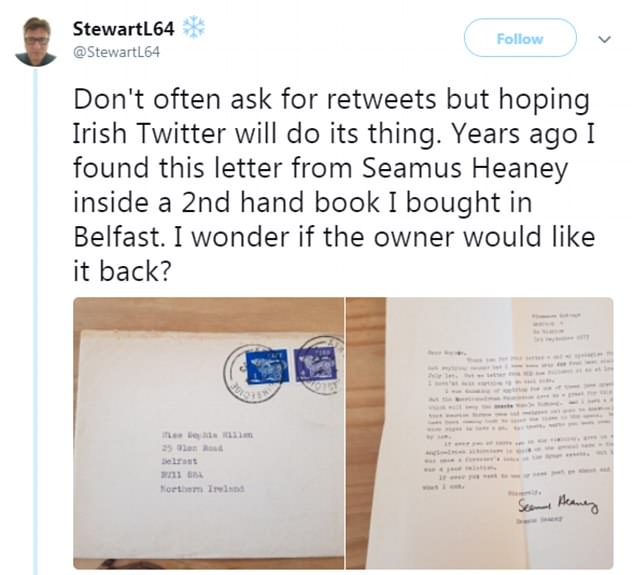 Retweeting Stewart’s message his followers were quick to ask for more information in a bid to track down the original owner of the book.

As Stewart was unable to recall the name of the bookshop from which he initially bought the tome he gave a description hoping someone from the local area would have an idea.

One person said: ‘Do tell us which bookshop’

Steward responded: ‘Can’t remember the exact one, little charity shop past the police station towards Lisburn on the Lisburn Road, Belfast. Think it might have been a Cathlolic Church charity shop of some kind.’ In less than 30 minutes Dr Sophia Hillan responded to the thread of tweets taking ownership of the letter, which according to the Belfast Telegraph was written in 1973 when she asked her former tutor for a reference.

She wrote: ‘Yes, it was to me! I am the Sophia Hillan who was at Irish Studies and would love to have it back.

‘I am pleased and touched that the finder thought to contact me. Seamus was a kind and loyal friend until his untimely death.’

Stewart private messaged Sophia who is now a writer to organise the handover of the letter after being kept safe for 45 years.

She continued: ‘Such a rare and lovely thing to happen, forty-five years later.’

Stewart wrote: ‘Thank you everyone who retweeted, no more need for retweets, unless you just want to show how kind people on Twitter can be when someone asks them to help.’ 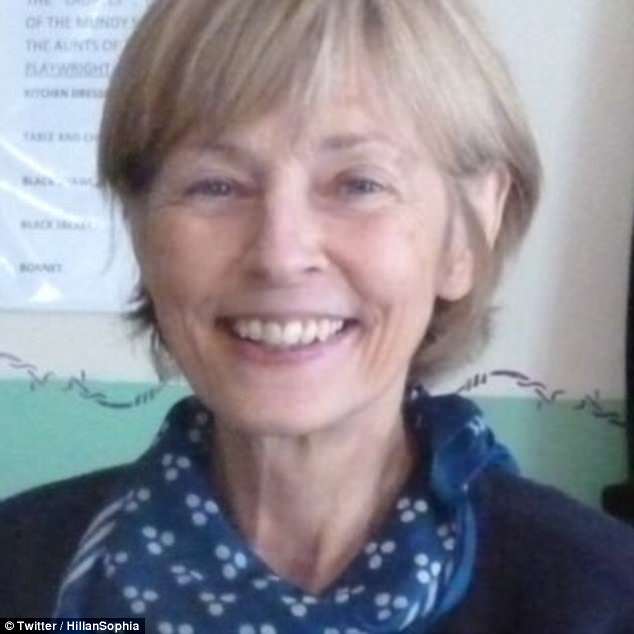