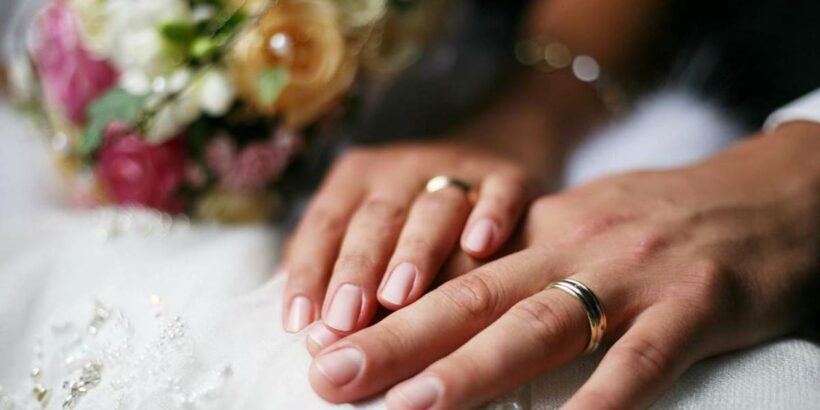 What makes for a long and happy marriage? I’ll tell you right this minute, straight from a Hollywood A-lister’s mouth. And, contrary to what Barack Obama and Sir Michael Caine have previously said, it’s not separate bathrooms.

But first I’d like to note that when I touched upon the subject of my own relationship recently, noting that my husband had bought me a tarp (no, not for my shallow grave – rude…), I fairly hit a nerve among certain readers who felt I was being disloyal.

When I speak my truth, I am not infrequently accused of treachery. Why, if a fellow chooses to read a copy of City Walls in Late Antiquity of an evening rather than ravish his lissome wife, then that is his business and nobody else’s. Not even mine, apparently.

Once, a chap contacted me with the comment: “I’m not a man given to tears, but I am weeping with joy that I’m not married to a b**** like you, Judith Woods”.

My, how I laughed. Eventually. My husband, ironically, guffawed until his lashes were suspiciously moist.

You see, when it comes to marrying a termagant like me, you’re damned if you do as well as damned if you don’t. But is it really so very wrong to complain that my partner of 21 years (32, if you count the interminable courtship) berates me for not opening my mail? That he casts aspersions at the fly-tip-cum-floordrobe on my side of the bed?

Or becomes as territorial as a hillbilly survivalist defending his bunker when it comes to packing the car for our summer staycation?

“You can’t bring those. There’s no more room.”

“No, there isn’t,” he asserts, slamming every door shut. “It’s ridiculous the amount of superfluous rubbish you want to cram into the car.”

“Okay then, do you want to tell the children they’re not coming or shall I?”

All part and parcel of life (and indeed wife) in Woods Towers. On the vanishingly rare occasions my spouse reads what I have written, he never takes offence. Or much notice, to be honest.

Not because he loves me dearly and understands that as a columnist I am contractually obliged to cannibalise my deeply personal life to inform, entertain and educate the nation about marital dysfunction.

No, it’s because he genuinely believes I’m the unreasonable one, with my slapdash attitudes towards filling the dishwasher, never (ever) checking the tyres and losing my bank card in the recycling. Again.

Worse, he claims that highlighting his entirely legitimate exasperation at my squalid habits actually reflects far more harshly on me than on him. I know, right?

As a result, he steers clear and just lets me get on with it. Could that be the reason our marriage is staying the distance? Yes, apparently so.

According to the Oscar-winning Nicole Kidman, the secret to conjugal bliss resides in the fact her husband, the country singer Keith Urban, doesn’t pay much attention to what she’s up to in her day job.

“My husband is an artist, so he understands all of it, and he also does not get involved,” she says. “He doesn’t know much about what I’m really doing. He doesn’t read any script, he really doesn’t know what’s going on on the set. He’s got his own career that he’s completely absorbed in.”

Hallelujah! Of course, in a shiny new marriage, not taking an interest would sound the death knell. But a full 15 years and two children later – the pair tied the knot in 2006 – it’s a blessed relief.

In an age where far too many woke blokes have earnest opinions about cushions and birthing plans, I applaud the fact 53-year-old Urban lets Kidman, 54, do her thing and just turns up for the premiere.

“He sees the show at the very end, when it’s a show, all edited together, and he’s fresh eyes,” she says. He’s also very wise. At that stage of the creative process, the convention is clear; all he needs to do is enthuse and congratulate. No danger of falling into the classic “be honest, what do you really think?” elephant trap that people (Okay, okay – women) set for their hapless partners.

Where staying the marital course into your 50s once meant you were in it forever, there’s little room for complacency. A new report has concluded that silver splitters are causing a boom in marriage among the over-65s, as increasing numbers of older couples separate and recouple.

I imagine it’s a bit like Love Island, except the most delectable booty is locked into a final pension scheme rather than a chainmail bikini. No contest, I’d say.

Online dating is a factor in all this, along with better health, improved wealth and longevity. And of course the boomer generation’s perfectly understandable refusal to spend the rest of their days getting disproportionately annoyed at the sound of chewing.

I admire the sass of starting over in middle-age and beyond. Really, I do. I was as invested as the next Friends fan at gossip this week that Jennifer Aniston and David Schwimmer were now dating in real life. Sadly, it turns out Ross and Rachel are still on that break. But who knows what the future holds?

I may be what Bridget Jones once castigated as a Smug Married, but I’ve heard the rumours that second husbands are far more fun and energetic than firsts. And that wives are considerably less naggy and disappointed second time round, although I really can’t see how that could possibly be.

Either way, I hope I never have to find out. Darling? Are you reading this? As if…