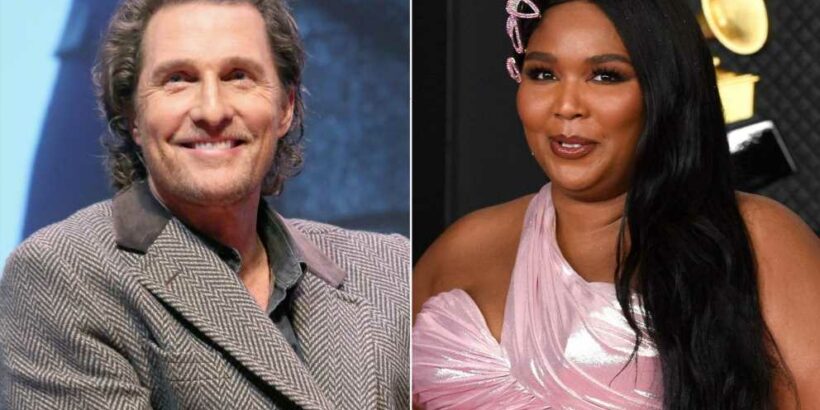 Lizzo breaks down over fat-shaming, racist reactions to ‘Rumors’

Upon hearing news that the 51-year-old “Dallas Buyers Club” actor gave up deodorant 35 years ago, the “Rumors” singer, 33, shared to her Instagram stories Thursday, “Ok… I’m w him on this one. I stopped using deodorant and I smell BETTER.”

McConaughey has long discussed his choice to ditch deodorant, telling People in 2005 that he hadn’t “worn deodorant in 20 years.”

“He smells like granola and good living. He has a sweet, sweet scent,” the actress said. “That is just him, and it’s not musty or crazy.”

While Lizzo and McConaughey skip the antiperspirant, other stars have admitted to skipping daily bathing altogether, as Mila Kunis and Ashton Kutcher sparked the debate in July when they shared that they only gave baths to their kids, Wyatt and Dimitri, as infants when they could “see the dirt on them.” Kutcher added of his own bathing habits, “I wash my armpits and my crotch daily, and nothing else ever.”

Fellow Hollywood couple Kristen Bell and Dax Shepard also admitted to waiting for their daughters to “stink” before cleaning them, while Jake Gyllenhaal revealed this month that he doesn’t find bathing regularly “necessary.”

Meanwhile stars like Dwayne “The Rock” Johnson, Jason Mamoa, Cardi B and Drew Barrymore have come out in favor of regular bathing, with Barrymore saying she bathes her kids every weekday.