Lockdown fatigue could hinder the recovery from the Greater Sydney coronavirus outbreak, with economists warning households might not spend as much as last time once restrictions lift.

The federal government is expecting a sharp jump in economic activity when the latest lockdown ends, mirroring last year’s back-to-back quarters of record growth after the biggest fall in GDP since the 1930s when initial restrictions came into force. 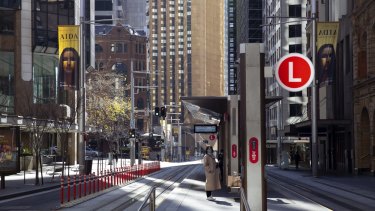 Lockdowns could lead to “fatigue” and lower spending levels.Credit:Dominic Lorrimer

But Citi economist Josh Williamson said the recovery might not be as swift or strong as in the past.

“It is true that the economy rebounded strongly, more strongly than expected, in the second half of last year,” Mr Williamson said. “What concerns us now is that with more lockdowns and lower household savings, some fatigue might be setting in on the part of households.”

He said the risk of further lockdowns remained high as the Delta variant of coronavirus was highly transmissible and Australia’s vaccine rollout had been slow.

“Households may adjust for this possibility by retaining more precautionary savings rather than a post-lockdown boost to discretionary expenditure.”

However, Treasurer Josh Frydenberg recently said he was confident the economy would bounce back strongly once NSW got on top of the current outbreak, pointing to last year’s rapid recovery. In the nine months to March 2021, household consumption surged by 14 per cent or about $33 billion and was the biggest driver of the rebound.

AMP Capital chief economist Shane Oliver said it was “certainly a risk” that spending would not recover as quickly as after previous lockdowns.

“There is no doubt that at some point fatigue may set in,” he said. “The longer the lockdown, the more lockdowns there are, the higher the risk people will want a permanently higher level of savings. This is a valid concern.”

In addition, Dr Oliver said there were not as many obvious spending avenues as last year.

“You can only really buy a new desk for the home office once every few years,” he said.

The same applied to big-ticket items such as electronics, cars and renovations. Much of the last spending boom was considered to be “bringing forward” expenditure that otherwise would’ve happened more slowly.

But he said other countries dealing with subsequent lockdowns were still seeing spending revivals once restrictions eased.

“If anyone would be down and out it would be the Europeans and yet they are getting a pretty good rebound,” he said.

Household spending was a critical component of the Reserve Bank’s May outlook for the economy, which will be updated next week. NSW is responsible for about a third of Australia’s economic output.

“The extent of recoveries in consumption will depend on households’ response to changes in income and their willingness to spend out of recent increases in wealth and the additional savings accumulated in the past year,” the RBA said in the latest statement on monetary policy.

“Experience from countries where activity restrictions have eased suggests that spending bounces back quickly once consumption possibilities are restored.”

While reduced uncertainty, stronger wages and higher asset prices could potentially boost consumption, it said, “in countries where incomes had fallen or restrictions have persisted for an extended period, precautionary saving could remain high and slow the overall recovery”.

The RBA noted there was a rebound in the second half of 2020 in spending as restrictions were lifted, but spending in some areas such as on public transport remained subdued.

ANZ economists are forecasting the economy to contract 1.3 per cent in the third quarter followed by a strong recovery once restrictions ease, helped by $1 billion a week in stimulus and support payments.